​Varroc denies all allegations by Flash Electronics of patent infringement in the component supplied to Royal Enfield in the US. Plans to file suit for false allegations. 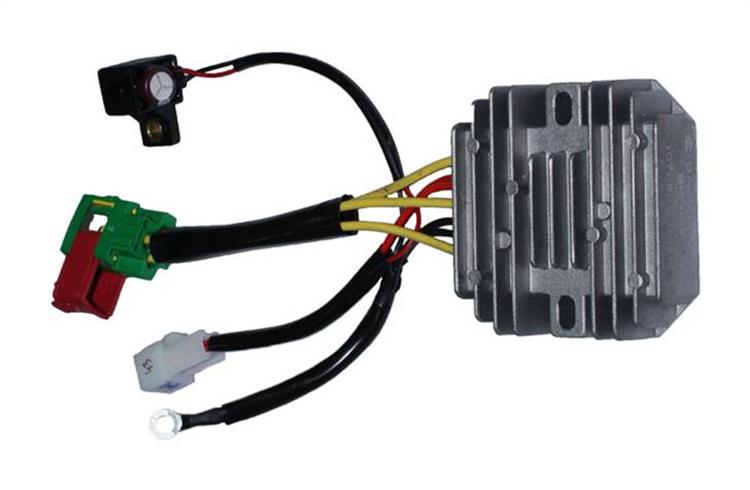 Varroc Engineering, the Tier 1 auto component manufacturer which supplies to leading OEMs both in India and overseas, has clarified its position on the patent violation allegations levelled by Flash Electronics India against Royal Enfield in the US regarding  production of a key component for two-wheelers/motorcycles.

As per certain media reports, Varroc has been accused of supplying Flash electronics’ patented component for ‘Regulator Rectifier device and the method for regulating an output voltage of the same’ to Royal Enfield in the US.

Varroc has today released a statement wherein it has clarified that it has not been officially notified of any such violation till date by Flash Electronics. Varroc has confirmed, after consultation with independent experts, that its  product does not infringe upon the relevant patent in any way.

On May 20, 2019, Flash Electronics had reported that the so-called infringed component, which was being manufactured and supplied to Royal Enfield by Varroc, was a breakthrough component of Flash’s R&D department in 2014 and was duly issued by the United States Patent and Trademark Office (USPTO) in 2018. Flash claims that since then it has been the key manufacturer and supplier of the component to many leading two-wheeler OEMs in India and overseas markets, including Germany, France, Italy, United Kingdom, the Netherlands, Sweden, Spain, Austria, Switzerland and Turkey. Other than the US, Flash Electronics is already filing similar suits in other countries.

The component used by Royal Enfield in its motorcycles is a regulator-rectifier, which is a vital part that smoothly and efficiently converts the AC (Alternating Current) voltage produced in motorcycle engines into DC (Direct Current) voltage to charge the batteries, power the headlights, light up the instrument panel hence drives the motorcycle’s electrical systems.

When the incident first came to light, Sanjeev Vasdev, founder and managing director, Flash Electronics India said, “Flash Electronics is a responsible and mature member of the automotive community, manufacturing cutting edge engineering products since decades and is recognised on a global automotive front for its strong in-house R&D capabilities. We have been trusted suppliers to leading auto manufacturers across India and overseas and it’s unfortunate to have to deal with such an unexpected and unprecedented act on the part of Royal Enfield, one of the most prestigious names in the automotive sector. This incident is highly objectionable and has dented the credibility of the brand, at least with us as a partner”.

Royal Enfield had issued a press release saying that it had clarified with its vendor (Varroc) which supplied the regulator-rectifier and was confident of the fact that no infringement had taken place in its application in its motorcycles in the US.

Expressing its shock over the charges pressed and the way it was reported in the public domain, Varroc is planning to take legal action against Flash Electronics.

Flash Electronics is a supplier to Bajaj Auto, India Yamaha Motor, Maruti Suzuki and Jawa Motorcycles, among others. Globally, it caters to  Porsche, Audi, BMW, KTM, Kawasaki, Harley-Davidson, Ducati, Triumph and BRP-Rotax. The company has invested Rs 400 crore in  setting up two new plants and has raised Rs 200 crore recently to upgrade products for the transition to BS VI emission standards and to scale up its existing business.

Varroc currently holds more than 175 patents and employs more than 1,500 engineers in R&D activities at various locations around the world. The company is one of the leading global passenger car lighting suppliers and amongst the top 2-wheeler automotive component suppliers in India.