The Ultraviolette F77, available in two variants and also a limited- edition model, is the most expensive electric two-wheeler in India currently. 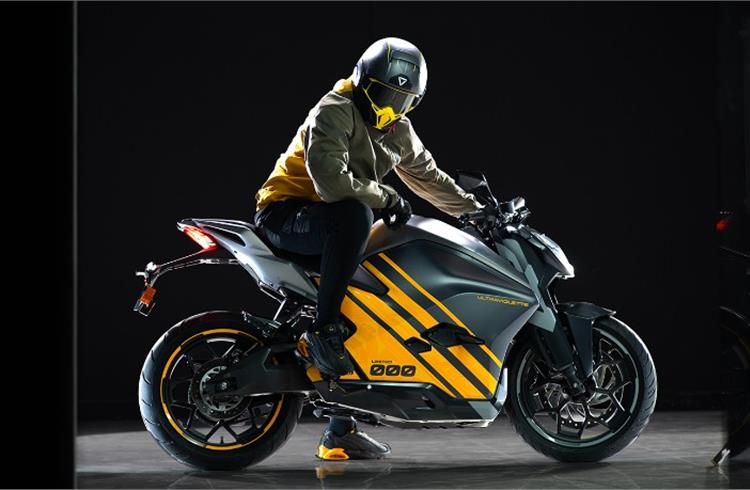 The F77 has two variants: Original and Recon. The Original with a 7.1kWh battery has a claimed range of 207km (IDC) while the Recon, with a larger 10.3kWh battery, has a claimed 307km range. 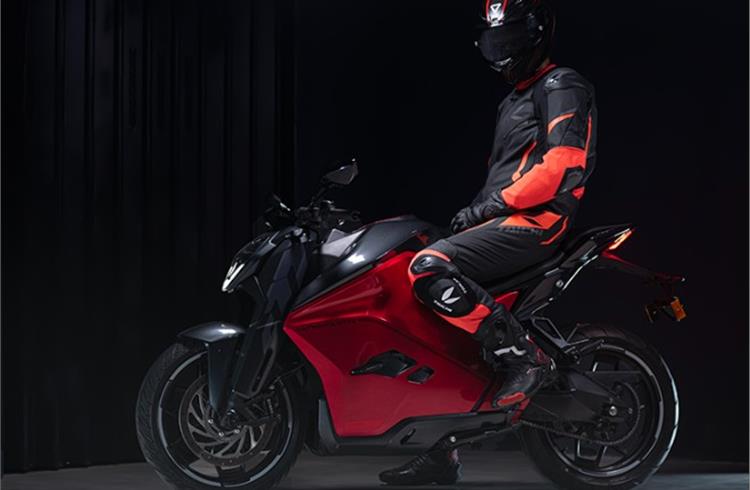 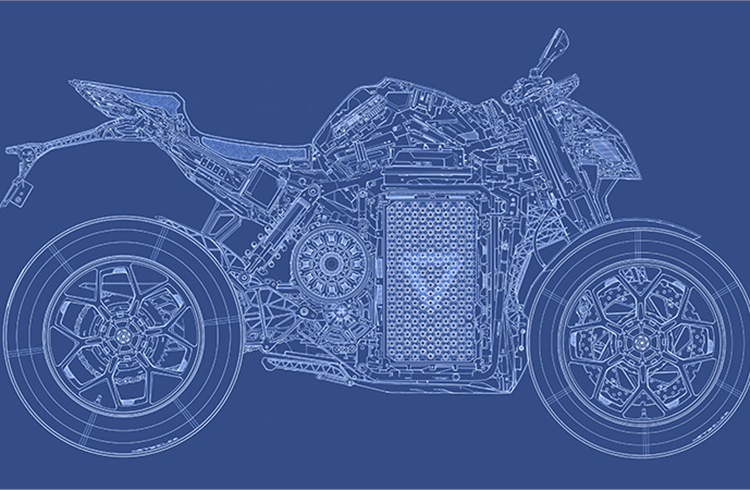 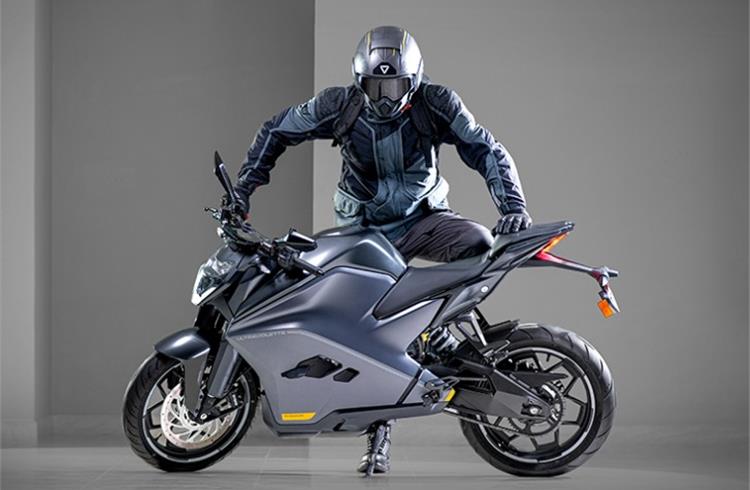 Bengaluru-based and TVS Motor-backed Ultraviolette Automotive today launched its electric motorcycle, the F77. The F77 is on offer in two variants – Original and Recon – which differ in terms of peak output figures, battery capacity and range. There’s also a limited edition of which only 77 units are available.

The limited-edition model has even higher specifications. Wheelbase (1340mm), seat height (800mm) and ground clearance (160mm) are common to all variants.

This limited-edition variant has the same battery pack as the standard F77 and the same 307km IDC range but it boasts slightly higher claimed output numbers – 30.2kW and 100 Nm of torque – and price: Rs 550,000 (ex-showroom, Delhi).

The F77 has three riding modes – Glide, Combat and Ballistic – which progressively increase power. However, Ballistic mode can only be used if the battery pack has 70% charge or more.

The chassis nestling the battery pack on the Ultraviolette F77 is a steel trellis unit with an aluminium bulkhead. Suspension is courtesy a 41mm USD fork and a monoshock, both adjustable for preload. Braking is handled by a 320mm disc up front and 4-piston radial caliper, while a 230mm rear disc is mated to a single-piston caliper. Dual-channel ABS is standard on all F77 variants.

High on features
The F77 is equipped with a five-inch TFT dashboard with smartphone connectivity enabling features such as turn-by-turn navigation and notification alerts. Through the proprietary app, features such as ride analytics, real-time location, crash-detection and battery statistics can also be viewed.

Narayan Subramaniam, co-founder and CEO, Ultraviolette, said: “The F77 is a result of Ultraviolette’s relentless pursuit for design and performance. We can proudly claim that it is the most powerful electric two-wheeler in India with industry-first tech architecture and features. The F77 proves that superior performance and uncompromising power can be packed in a stunning form factor that India has been waiting for, and very soon it will be available globally.”

Phase 2 is bifurcated into three segments. In the first part, deliveries will happen in Chennai, Mumbai, Pune and Kochi in Q2 (April-June) 2023, followed by the second round in Q3 (July-September) in Hyderabad, Ahmedabad, Delhi and Lucknow. The third and final part of Phase 2 is slated for Gurugram, Jaipur, Kolkata, Guwahati and Ludhiana in Q4 2023 (October-December).

Although the F77 will also be sold in global markets (under Phase 3), Ultraviolette says it has prioritised deliveries for Indian customers first. As such, the F77 will be sold in Europe, North America, South America, Japan and other South East Asian countries in due course albeit a definitive timeline is yet to be announced.

The F77 electric bike can be booked on Ultraviolette’s website with deliveries commencing in January, albeit limited to Bangalore. Deliveries in other major cities across India will follow next year.