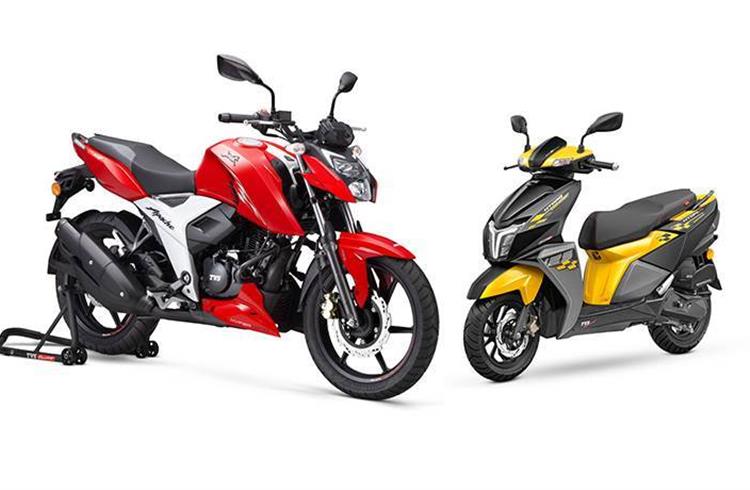 Launch of the Raider 125cc motorcycle in Latin America (LATAM) has been one of the key highlights for the two-wheeler maker in March. The Raider 125 is powered by a 124.8cc, three-valve, air-cooled engine which develops 11.4hp at 7500rpm and 11.2Nm of torque at 6000rpm. The fuel-injected powerplant is mated to a five-speed gearbox. TVS claims the Raider does the 0-60kph sprint in 5.9 seconds and has a top speed of 99kph. Fuel efficiency is a claimed 67 kilometres per litre on this bike which is shod with 17-inch tyres.