Tube Investments to foray into e-three wheeler and e-tractors

The company is looking to enter the e-mobility space through in-house product development as well as through acquisition modes. The makers of bicycle brands like BSA and Hercules have devised a three-pronged strategy 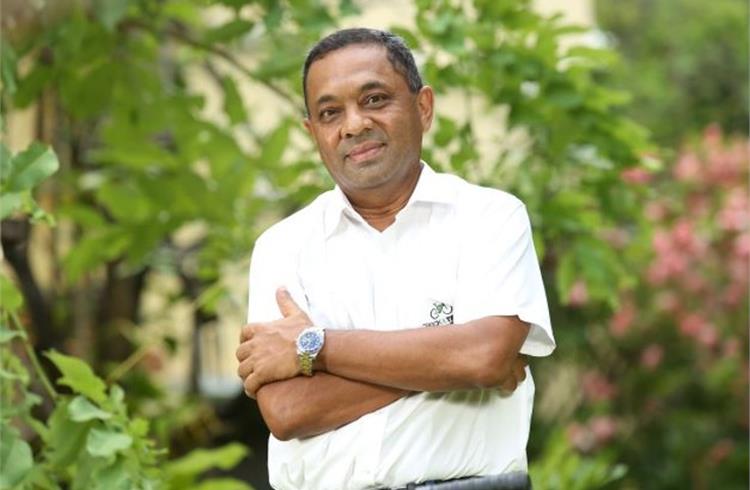 Tube Investments (TI), the flagship company of  Murugappa Group,  is moving on from being just a component supplier to the auto industry and looking to  play a much larger  role in the e-mobility segment  by getting into manufacturing of electric three wheeler and tractors.

While the three-wheeler brand identified as Montra is expected to get launched in both passenger as well as cargo categories by late August or September, tractors on other hand with the brand name  Cellestial Egati is  likely to be unveiled later during the year.

Tube Investments recently   forayed into the electric mobility segment with its new  subsidiary TI Clean Mobility with an initial investment of Rs 200 crore and the acquisition of Cellestial E- Mobility, a manufacturer of electric tractors, for a controlling stake of 70 percent to Rs 160 crore. It  also acquired an equity stake in Aerostrovilos, a startup engaged in the development of micro gas turbine technology for power generators and automotive applications using alternate fuels. The company is also said to be evaluating optic lens business for application in the automotive industry, which as per industry estimates stands out to $ 27 billion opportunity by 2025, on the back of increasing penetration of ADAS systems.

According to Arun Murugappan, executive chairman of Tube Investments, the company will at present stick with the electric three wheeler and tractors before diversifying into other categories. " We will expand as we progress,"  Murugappan told Autocar Professional highlighting that the product will be positioned in the premium segment. “The  sourcing is completely local," he added, continuing that the product underwent a rigorous  testing process over three years. Murugappan emphasised that the  policy aid for electric vehicles from the Government by way of incentives and subsidies would help in the initial phases of its  expansion.

At the distribution end, the company already boasts of around 40 locations, which it now wants to increase to about 100 by end-2022 by way of  an exclusive / expansive distribution, service network and accessing B2B channels for density deployment. While the company's first EV facility of around 75,000 unit annual capacity  for  three wheelers has been set up   at its existing facility at  Ambattur facility near  Chennai, the  tractors are initially expected to be manufactured near Bengaluru.

The makers of bicycle brands like BSA and Hercules have apparently niched out  a three-pronged strategy for its growth in the EV segment with  TI-1, forming  its existing businesses. TI-2, on the other hand envisages a venture capital style of functioning and lastly  TI-3, is  where the strategy is based on an equity style model based on acquisitions. The TI-1 businesses, which already are growth drivers will also likely to act as providers of cash flows for investing in TI-2 and TI-3 categories.