Union Minister Nitin Gadkari will unveil the Toyota Corolla flex-fuel model as a technology demonstrator at an event in Delhi. 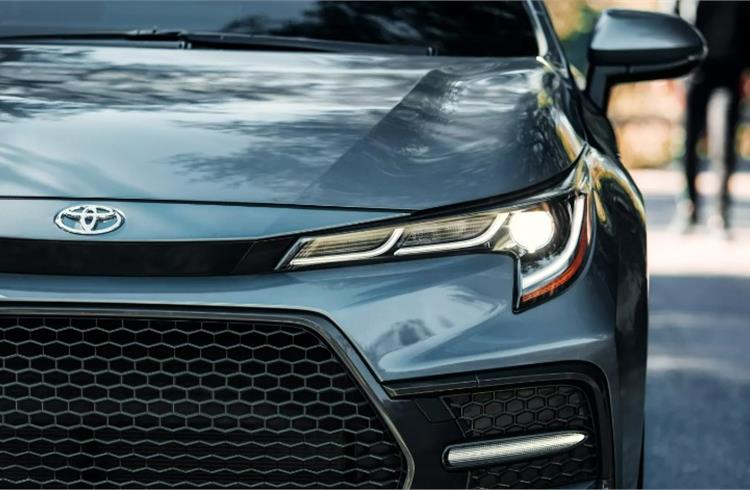 The flex-fuel car to be showcased will be a Toyota Corolla hybrid, currently on sale in markets like Brazil where the model is tuned to be used with ethanol-blended fuel. 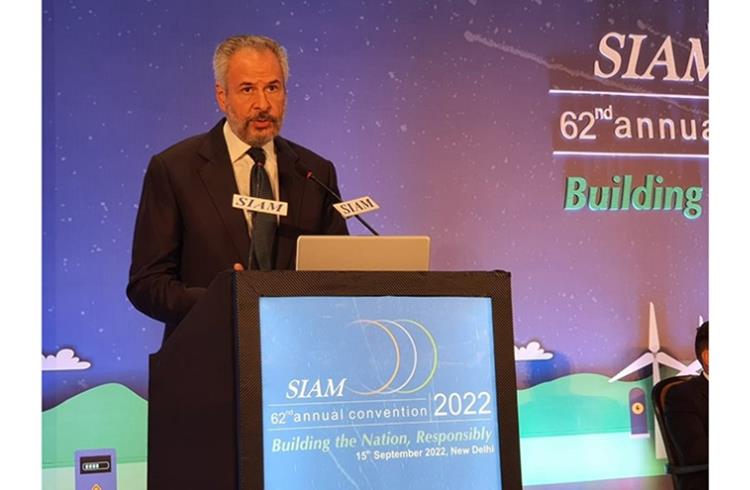 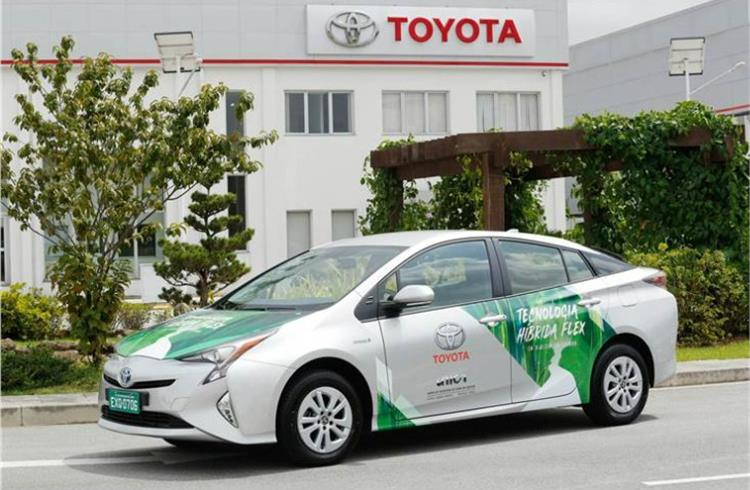 Toyota is to showcase the first flex-fuel-powered car in India on September 28. The car that will be unveiled at this event will be a Toyota Corolla hybrid, which is currently on sale in markets like Brazil where the model is tuned to be used with ethanol-blended fuel. Union Minister for Road Transport and Highways Nitin Gadkari will unveil the car at an event in Delhi.

Speaking at the 62nd annual session of the Automotive Component Manufacturers Association (ACMA) on September 14, the minister said he will unveil the first flex-fuel car in India in September. Though he had said that it will be a Camry with flex-fuel tech, Autocar India has confirmed that it will instead be a Corolla hybrid.

Sources have said that the model that will be showcased in India will be the latest-generation of the Corolla sedan. The car is powered by Toyota’s 2.0-litre petrol engine capable of running on E85 ethanol, along with a strong hybrid technology.

The model that will be showcased in India will be the one that is sold in Brazil, which means it will be a left-hand-drive Corolla. It will be used as a technology demonstrator for Toyota in India, similar to the hydrogen-powered Toyota Mirai showcased in March 2022 in India.

The Brazilian ambassador's statement is of significance given that the South American nation is a leader in flex-fuels, having mandated ethanol-blended fuel as far back as the late 1970s. The country is also the second largest producer of ethanol in the world, the US being the largest. Hence, Brazil’s expertise would go a long way in furthering India’s plans for ethanol-blended fuel.

What are flex-fuel engines?
A flex-fuel engine is an internal combustion engine that can run on more than one type of fuel, and also a mixture. Typically, a blend of petrol and ethanol or methanol is used, and the engine is capable of automatically adjusting for any ratio, thanks to modifications like a fuel composition sensor and suitable ECU programming.

Flex-fuel engines are capable of running on 100 percent petrol or ethanol and are already available in countries such as Brazil, the USA and Canada.

India already has ethanol-blended petrol with a doping level of about 10 percent, and last year, the government brought forward its target by two years – from 2025 to 2023 – to produce 20 percent ethanol-blended petrol (E20). A SIAM-organised Master Class on Usage of Higher Blends of Ethanol in Transportation on August 26, 2022, saw industry experts say a successful E20 program can save India around US $4 billion (over Rs 30,000 crore) per annum.

According to various government statistics, India is a sugar- as well as corn-surplus nation, both of which can be used to produce ethanol. Therefore, Gadkari has long been pushing for ethanol-blended fuel. The Brazilian official also echoed this sentiment saying, “Brazil and India are the two largest sugarcane producers and have the potential to produce enormous amounts of ethanol.”

Thus, Brazil's experience is something India can tap into and also avoid pitfalls that have arisen globally like a diversion of food-producing agricultural land towards fuel-producing crops.

Andre Aranha Correa Do Lago, Ambassador of Brazil to India: “Brazil and India can join hands to work towards flex-fuel tech, fuel cells, second-gen ethanol, ethanol as a global commodity and flex-fuel hybrid vehicles, among other sustainable initiatives.”