The two factories in Bidadi, which have a combined capacity of 310,000 units per annum, will witness a temporary halt, impacting supply of vehicles. 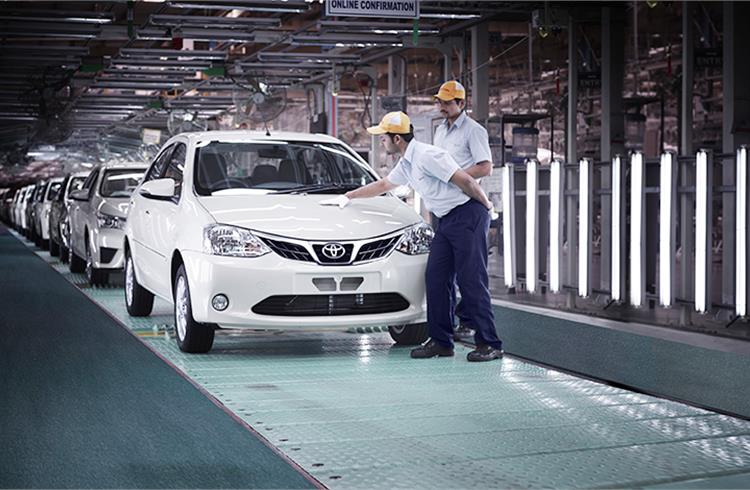 Toyota Kirloskar Motor (TKM) has announced its scheduled annual maintenance program across both its manufacturing plants from April 26 to May 14 – a 19-day period.

During this period, operations at both the Toyota factories in Bidadi, which have a combined production capacity of 310,000 units per annum, will witness a temporary halt, impacting supply of vehicles produced.

The company says it will use the pipeline finished goods inventory to serve the pending and immediate requirements of its customers. It adds that “this shutdown will have no impact on the supply of other models such as the Glanza, the Urban Cruiser, imported vehicle models as well as vehicle servicing operations.

TKM says only a limited number of employees as permissible by the rules of social distancing and other mandatory guidelines will be engaged in essential jobs and activities at the plants.

Periodic maintenance of plant and machinery is a standard operating procedure to enhance the competitiveness of the plants, such as operational efficiencies, productivity and safety of equipment, from time-to-time basis.

TKM is the second automaker, after Hero MotoCorp, to announce suspension of production. On April 20, the two-wheeler market leader announced temporary halting of production at all its five plants in India.