Employees assemble emergency relief kits, pack more than 32,000 ready-to-eat meals, 150 solar lights along with other utility items that will help more than 150 families in Odisha for the next six months. 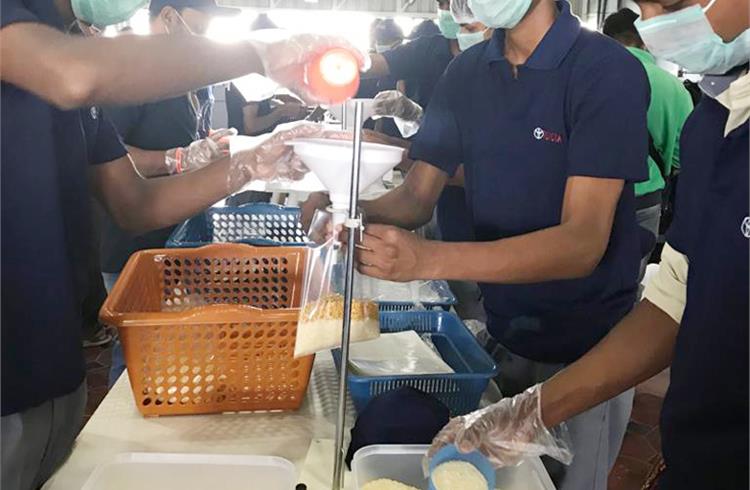 In what is a laudable effort, a group of Toyota Kirloskar Motor (TKM) employees today gathered to put together emergency relief kits for families affected in Odisha state by the aftermath caused by Cyclone Fani earlier this month. This voluntary initiative amassed strong support for swift relief activities currently being undertaken by the authorities.

‘ICARE’ – an employee voluntary initiative at TKM – is an effort in line with the company’s commitment to sustained community development. This drive actively involves the employees and aims to enhance their understanding on the increasing challenges that victims of such natural disaster face, thus call for priority actions to counter this scenario through a series of interactive programs.

This is Toyota’s seventh employee volunteerism initiative under ICARE that focuses on social contribution. Enthusiastic employees dedicated their personal day to assemble Emergency Relief Kits, packing more than 32,000 ready-to-eat meals, 150 solar lights along with other utility items that will help more than 150 families for the next six months. 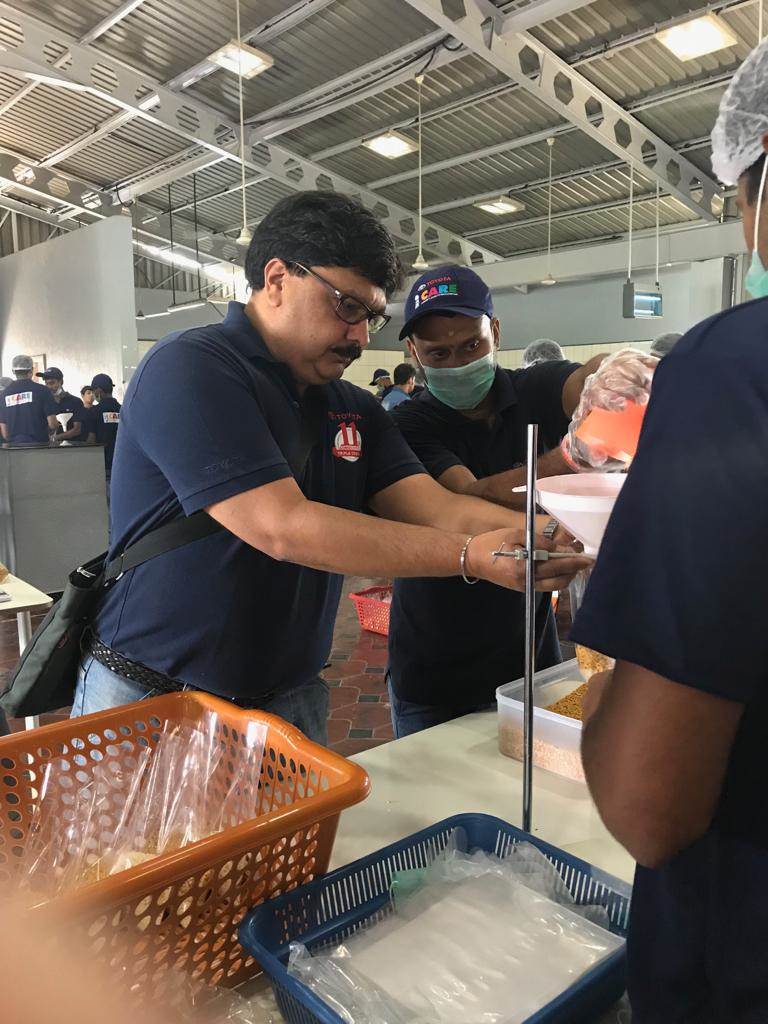 As a project to promote proactive involvement of employees in community engagement covering areas such as education, environment and health, ICARE was incubated in 2017 with the launch of Mobile Medical Unit (MMU) and specialised health camps conducted in Ramanagara district in Karnataka. Under this initiative, Toyota and its employees painted the walls of the 140-year-old government school, and staged a play at Garuda Mall to create environment awareness among the general public on current environmental issues such as lake restoration, afforestation and solid waste management.

Commenting on the initiative,  N Raja, deputy managing director, Toyota Kirloskar Motor said, “We stand by the people of Odisha in this time of crisis, and hope that our small contribution will bring about a positive change in their lives. We pray that the life in Odisha takes a speedy return to normalcy. At Toyota, we believe in giving back to the society and build a better future for the next generation. Our objective is not only manufacturing ever better cars, but also enrich community lives."

"ICARE is driven solely by the passion of our employees and shared responsibility to make a big difference in the society we live in. These kinds of activities empower our employees to be the change makers in the community and support them grow as individuals with real understanding of the social issues around them. Our employees have been actively involved to drive many CSR interventions in the areas of health, environment and education,” he added.

Under health and hygiene, TKM has been actively involved in construction of sanitation units in government schools and educating school children on the usage and maintenance of sanitation units, thus bringing about a change in the holistic behavioral aspects of the children and community at large. It has also set up water purification units to provide safe drinking water to the community and launched a mobile medical unit for the sustained intervention in health care with focus on providing the basic medical equipment to Primary Health Centres. Through its CSR projects, Toyota has touched more than 11,00,000 lives in India.