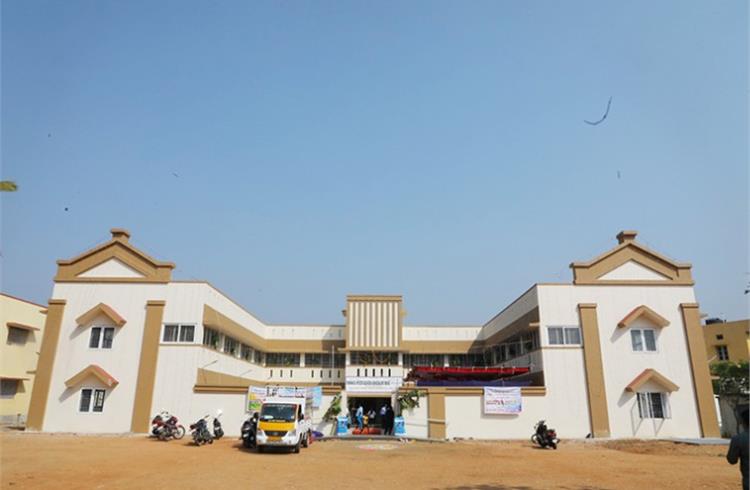 Under its CSR initiative, Toyota Kirloskar Motor took up this project and restored the school’s infrastructure. (Image: Vikram Kirloskar/Twitter) 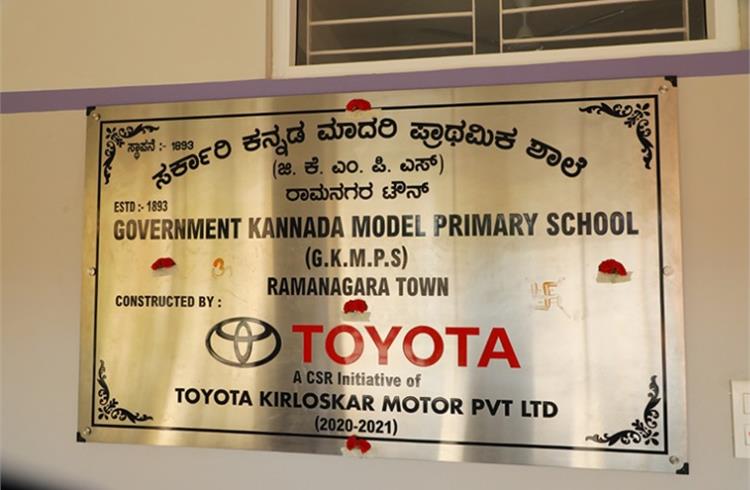 Toyota Kirloskar Motor, over the years, has initiated several projects to accelerate access to quality education in Karnataka.

Equipped with modern amenities, the school will benefit close to 500 children studying from Standard I to VIII by creating a wholesome environment for their inclusive and overall growth. Further, the school will provide a safer and favourable learning environment thus ensuring improvement in the standard of learning experience.

Built more than a century ago, the Government Kannada Model Primary School has a legacy of providing quality formative education but due to its derelict condition, it was under-utilised and unable to provide facilities to school children in the community.

Under its CSR initiative, Toyota Kirloskar Motor took up this project and restored the school’s infrastructure. The newly provided modern facilities include eight new classrooms with restored furniture, staff room, computer room, laboratory, sports room, toilets for students, kitchen, dining hall and a library. The school was completed at a total project cost of Rs 4.63 Crore.

Commending TKM on its relentless efforts towards the betterment of the society, Dr. C. N. Ashwathnarayan, Deputy Chief Minister, Government of Karnataka, said, “Development of rural education plays an important role in economic and social betterment of the people and it is our duty to provide the right infrastructure and our government is working hard in this direction. We are glad that corporates like TKM are coming forward to support and help in this endeavour. This school has a very rich legacy and with this improved infrastructure i am confident that many young potential future leaders will be shaped. Through such iniatives we hope to bring about a positive transformation and foster better learning for children to learn and grow and be the change makers for tomorrow.”

Inaugurating the new school,  Sudeep Dalvi, Senior Vice-President & Director, Toyota Kirloskar Motor said, “The primary contribution of education is to stimulate and propagate knowledge in children who will become the change makers of tomorrow. Good infrastructure at educational institutions is the key factor in academic development and improving the overall wellbeing of school children. It creates a dynamic environment and gives special attention to the mental and physical wellbeing of the youth. Over the years, TKM has adopted a sustained approach at securing the future of the communities we work with, through committed investments towards improving education infrastructure for them. We hope the new Government School will help in promoting better learning while improving retention of children in schools and further translating into enhanced learning outcomes.”

Toyota Kirloskar Motor, over the years, has initiated several projects to accelerate access to quality education in Karnataka. The company began the educational materials distribution program since 2003 and has cumulatively benefitted 100,940 students in 1,319 schools. Toyota also initiated a school health programme to address the malnutrition, anemia and, eye problems of government school children in Ramanagara district benefitting more than 19000 children so far. Overall, sustained efforts have led to a visible decrease in the school dropout rates, in Ramanagara, from 5 % to 1% and observed a drastic increase in the attendance ratio.