Towards faster charging of LCVs and three wheelers

Exponent Energy has developed solutions that can help LCVs, both cargo and passenger, charge up efficiently. 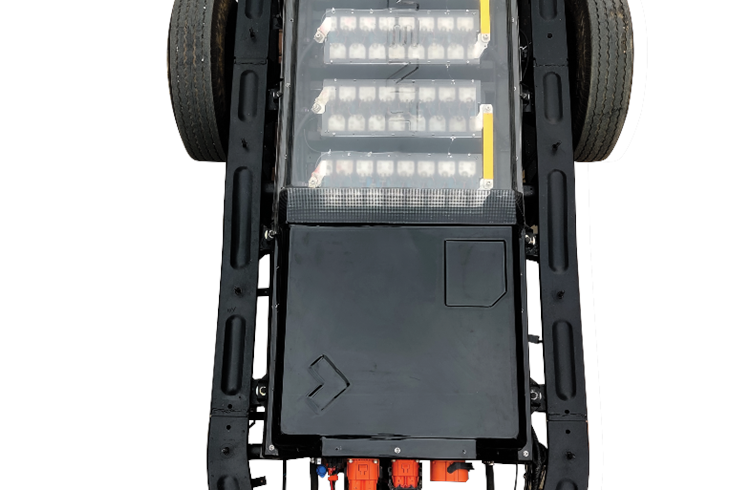 Bangalore-based charging solutions start-up, Exponent Energy, has manufactured a battery pack and charging station that can help OEMs to create electric options for their products.

Co-founder, Exponent Energy, Arun Vinayak told Autocar Professional, “While our aim is to build for all markets, we will first focus on commercial vehicles.” He went on to explain that the amount of energy that commercial vehicles use is large. But it is easy to set up charging infrastructure for them as the vehicles are not usually parked at home,” he adds.

According to Vinayak, two-wheelers, three-wheelers and PVs were considered at one point to be the early adopters which he attributes to the way EV technology has developed. But, as he says, the technology is changing as players go all out to embrace an electric ecosystem. “We do not have adequate space to even park and charge our cars in India. So, setting up a charger which can help commercial vehicles rapidly charge within 15 minutes and enable them to get back on the road is what our products can facilitate.”

Exponent Energy was founded on 2020 by Vinayak, who held the position of ex-CPO of Ather Energy along with a colleague, Sanjay Byalal. Explaining the merits of his company’s product, he says that its E-pack (battery pack) and E-pump (charging station) will enable a 0-to-100 percent rapid charge within 15 minutes for CVs with any number of wheels, while using affordable lithium-ion cells and delivering a 3,000-cycle life warranty.

In the CV segment, Vinayak is clear that the company aims to offer its products first to light commercial vehicles, and three-wheeler cargo and passenger carriers. Once they stabilise their operations in Bengaluru, the company has also set its sights on Delhi. “In any city that we launch, the idea is to have a network of 20-30 charging stations and then organically grow,” he explains.

It is well known that the move to an electric eco-system requires readily accessible charging infrastructure, which is what OEMs want and would encourage the launch of a variety of products.  “When people buy an ICE vehicle, they do not really worry about the energy part,” he says. Their concern, as Vinayak puts it is whether or not the infrastructure is ready.

As he describes this emerging electric system, “ In the EV, the upstream is a commodity. The energy is around us and the transaction part is challenging. This is a technology issue.” That’s when he describes his company’s role as being “something of a medium who needs to manage energy conversion. We ensure that the energy gets into the vehicle,” he said.

Looking for tie-ups
Exponent Energy has been in talks with stakeholders who run logistics functions, and already has an OEM partner. Vinayak said the company is in the process of signing a few more and will then make an announcement. In order to push for a wide electric charging network, the company is also open to collaborating with any party that wants to set up a charging station, and operate it as a stakeholder. To such interested parties, it will provide the charging station or E-pumps. Working alongside OEMs will mean that they will have their battery integrated, while ensuring that the network is there. “OEMs will have access to the technology, network and this will simplify their needs,” he says.

Explaining the market potential that his company wants to tap, Vinayak says, “Everyone in the CV space is very desperate to go electric. The problem they face is the time it takes to charge up a vehicle.” He then adds the environmental angle reiterating that converting a CV to electric power means lesser pollution given that 10 percent of vehicles sold constitute almost 70 percent of on-road energy.

While Vinayak and his team have their goals spelt out, he admits that “We are still in the early stage and our focus is to create product familiarity,”

Exponent Energy is currently engaged in several pilot projects, and his aim, based on potential market size is to establish about 2500 charging stations. In Bengaluru, the number he envisaged is 60-70 outlet which he describes as “super healthy”. As the company gets ready of its push into electric power, he says there will be more products on the market by the middle of this year.

Exponent Energy has invested a lot of time understanding the dynamics of thermal technology which lies at the a the heart of electric mobility. Its own research has made it possible to actually rapidly charge a battery in 15 minutes even when the ambient temperatures are about 50 degrees celsius. “With rapid charging, there is less need to have a longer range as the customers can charge in shorter intervals, ” he added.

CVs with electric option
According to Vinayak, by 2025 is when he expects to see new commercial vehicles with electric as an option. In his estimate, there are around 30 plus OEMs who are already selling CV that offer electric powertrain options, and that many other players are exploring the possibility. “The electric CVs will have more torque, little maintenance, less uptime and even managing the fleet would be a lot better. Over time customers will have a better option to choose from,“ he adds.

Exponent Energy recently raised $5 million (approximately Rs 37 crore) in pre-series A funding from its existing investors YourNest Venture Capital, 3one4 Capital, AdvantEdge VC and from the Tier 1 supplier, Motherson Group. These funds have been earmarked for product development and taking the products into production. The company has also localised their products completely except for the cells and semiconductors.