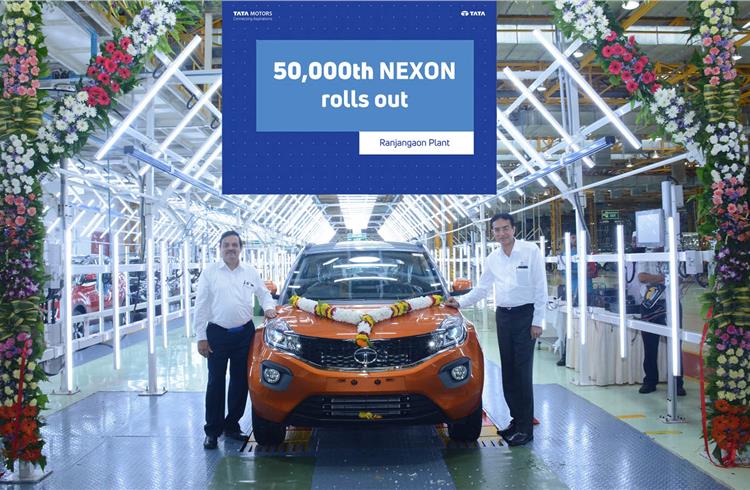 Eleven months after Tata Motors launched its first-ever compact SUV – the Nexon – the company continues to see surging demand for the model in the competitive Indian marketplace. Earlier today, the Ranjangaon plant rolled out the landmark 50,000th Nexon, exactly 330 days since the SUV's rollout on September 21, 2017.

Since its launch last year, the Nexon saw the introduction of the AMT-equipped model in 2018 – first only in the top-spec XZA+ trim and then later in the lower-spec XMA trim. The brand also upgraded the software on the compact SUV’s infotainment system recently; it now features AppleCarPlay in addition to the previously available Android Auto.

Tata makes the con-Nexon with compact SUV market
For Tata Motors, which is aggressively driving its Turnaround 2.0 growth strategy, the Nexon has proved to be the weapon to take on the competition and give a new charge to its UV and PV sales. 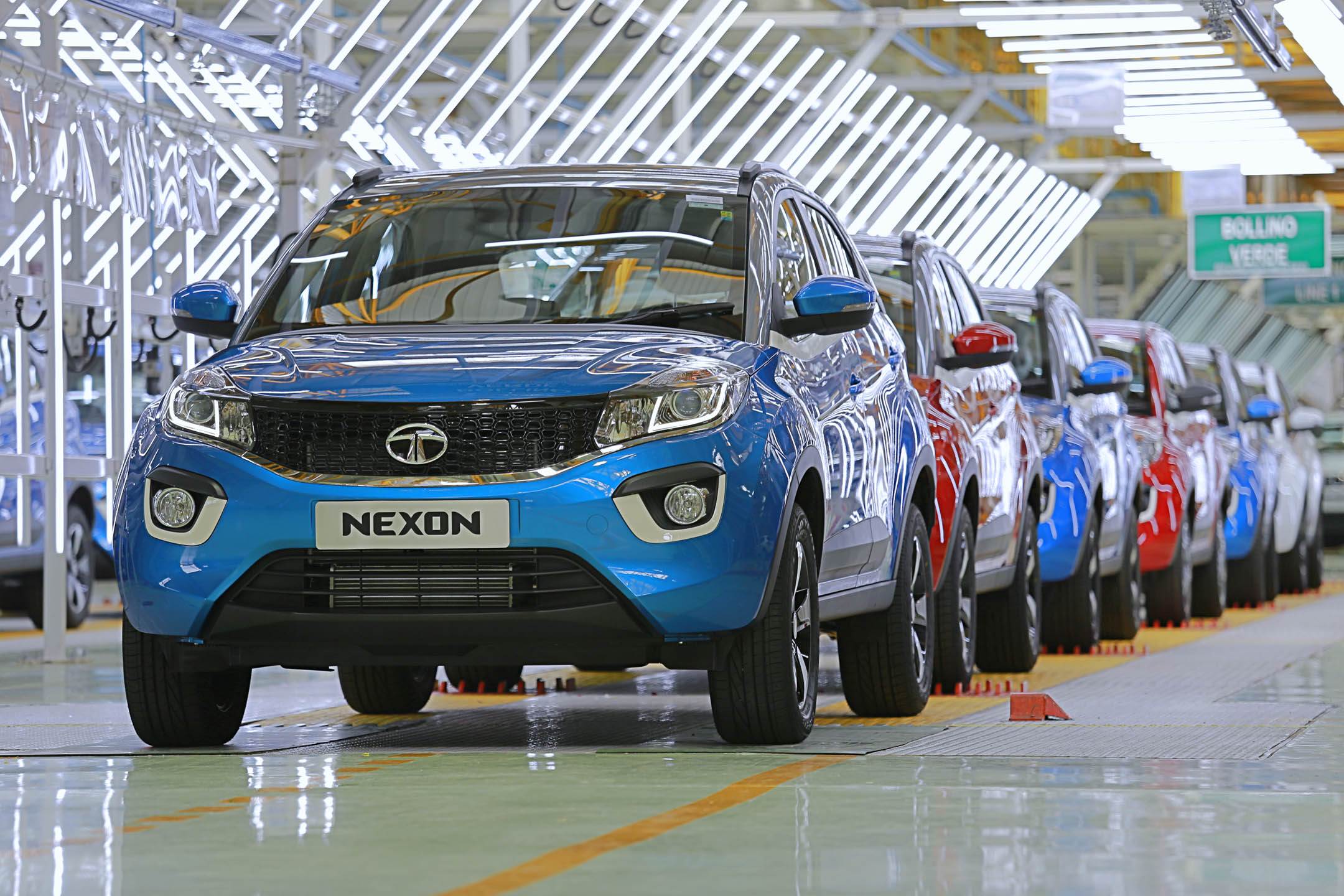 The Nexon, Tata Motors’ first compact SUV, has been a game-changer for the company, helping it energise its fortunes in the passenger vehicle and SUV segments, along with other Tata cars. Thanks to the Nexon, Tata Motors’ market share in the UV segment has risen to 7.67 percent in the April-July 2018 period compared to 2.40 percent a year ago.

The manufacturer’s passenger vehicle sales have seen a significant upsurge recently thanks to models like the Nexon, Tiago hatchback, Tigor sedan and Hexa SUV. During the April-July 2018 period, the carmaker has moved a total of 78,379 PVs, a year-on-year growth of 38.71 percent. This robust performance has seen Tata Motors also increase its PV market share to 6.73 percent from 5.50 percent a year ago. In the UV segment, with sales of 24,086 units, Tata Motors’ market share has risen to 7.67 percent from 2.40 percent in April-July 2017.

Now, with a strong 4-star crash test rating following the recent Global NCAP tests, which makes it one of the safer and yet affordable cars in India, expect Nexon sales to see some more acceleration.