While the domestic passenger and commercial vehicle business has delivered the goods, Jaguar Land Rover numbers take a hit due to supply challenges. 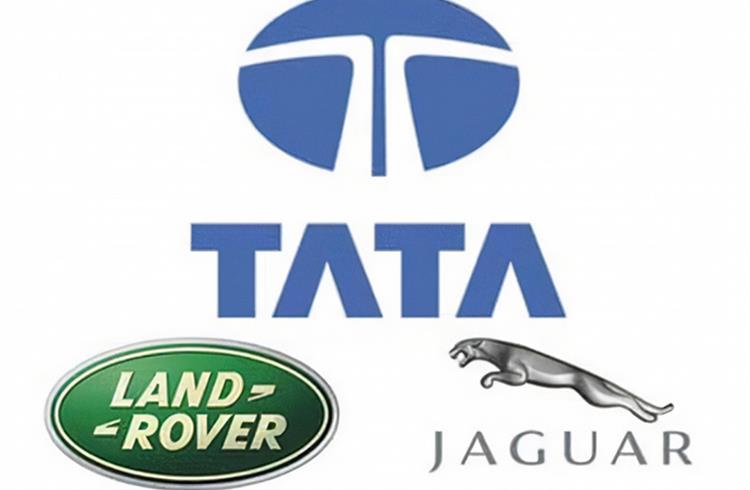 In its outlook statement, Tata Motors said: “We expect demand to remain strong despite worries on inflation and geo-political risks while the supply situation is expected to improve further. Cooling commodity prices are expected to aid improvement in underlying margins. We aim to deliver strong improvements in EBIT and free cash flows from Q2 onwards to get to near net auto debt-free by FY2024.”

Jaguar Land Rover sales down 37%
Retail sales of JLR in Q1 FY23 were 78,825 vehicles, broadly flat compared with Q4 FY22 and down 37% compared with Q1 FY22. Revenue was £4.4 billion in Q1 FY23, down 7.6% from Q4 FY22, impacted by supply challenges including semiconductor shortages, slower than expected ramp-up of the New Range Rover and New Range Rover Sport production and China lockdowns. The customer order book grew further to 200,000 vehicles. The loss before tax in the quarter was £(524) million before a £155 million favourable exceptional pension item. The loss primarily reflects the lower wholesale volumes with weaker mix, as well as unfavourable inflation £(161) million and currency and commodity revaluation £(236) million year on year. The EBIT margin was (4.4)% reflecting the lower volumes and unfavourable mix. Free cashflow was negative in the quarter £(769) million, primarily reflecting £(616) million of unfavourable working capital movements.

Tata Commercial Vehicles: India biz up 124%, exports down 22%
The CV business witnessed strong volumes growth as compared to the Covid-impacted Q1 FY22. The growth in Q1 FY23 has been broad-based across regions and segments. For India business, domestic wholesales were at 95,895 vehicles (+124% yoy). Exports were however at 5,218 vehicles, lower 22.6% affected by financial crisis in few export markets. The margin improvement was aided by higher volumes, realizations, and stable commodity prices.

In line with the uptick in the Indian economy, the CV industry is witnessing a steady recovery. Tata Motors’ M&HCV and I&LCV sales saw much-improved numbers on the back of increased activity in road construction, mining, and growth in agriculture and e-commerce. SCV demand from last-mile distribution has remained robust backed by continued consumer spending. Meanwhile, buses saw a strong recovery, with a 60% increase over Q4 FY22, due to the opening of schools and replacement of staff buses.

Girish Wagh, Executive Director, Tata Motors said: “The CV industry continued to witness rising demand across all segments led by a reviving economy. With the sequential easing of semiconductor shortage and our ramp-up agility, Tata Motors delivered a strong quarter with sales of 1,01,113 units registering 100% growth versus Q1 FY22."

Wagh added, "During Q1 FY23, we marked a significant leap forward in our commitment towards promoting sustainable mobility with the delivery of around 100 e-buses and successful launch of the Ace EV, which provides a green and smart transport solution for a wide variety of intra-city applications. We also signed a strategic MoU with leading e-commerce companies and logistics service providers to deliver 39,000 units of the Ace EV along with its enabling eco-system. Furthermore, we also received a letter of allocation of 1500 e-buses from Delhi Transport Corporation, as part of the larger entitled order of 5000 e-buses, from the recently won CESL tender. Going forward, we remain cautiously optimistic about overall CV-demand while keeping a close watch on interest rates, input costs, transporter profitability, and semiconductor availability.”

Tata Passenger Vehicles: On a roll, sales up 101% to 130,351 units
Tata Motors' PV business continued its strong momentum with wholesales at 130,351 vehicles, up 101.7% vs Q1 FY2022. Demand for passenger vehicles continued to stay strong in Q1 FY2023 even as the supply side remained moderately impacted. The SUV portfolio contributed 68% of Q1 FY2023 sales. Margin improvement was led by strong volumes, improved mix, and impact of higher operating leverage.

The carmaker plans to continue with new product launches and introduce variants across segments. Despite significant step-up in investments, the PV business is expected to remain self-sustaining whilst the EV business investments are well funded with the capital infusion.

He added, "During the quarter, we presented two new, future oriented, sustainable mobility concepts – ‘Curvv’ and ‘Avinya’ that will introduce India to new vehicle typographies and experiences. We also launched the Nexon EV Max in Q1 FY23 and are seeing a robust demand for this extension of India’s best-selling EV. Going forward, we expect the supply side, including that of critical electronic components to progressively improve. We continue to monitor the evolving demand and supply situation and will stay nimble to take necessary actions swiftly.”