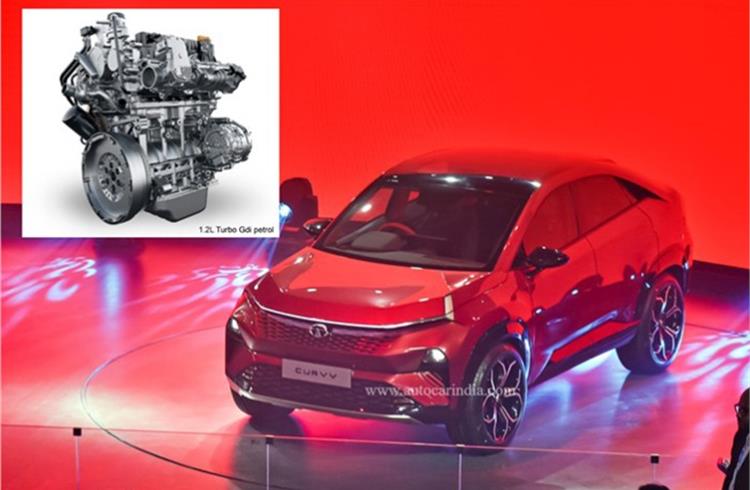 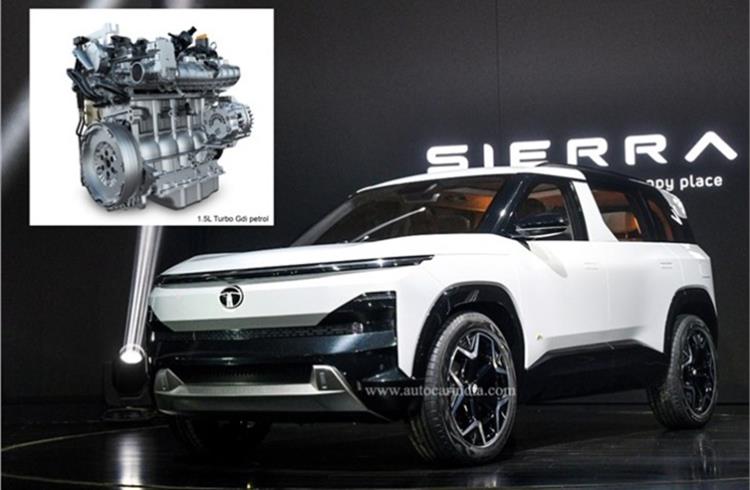 The 1.5 TGDi engine produces 170hp and 280 Nm. Like the smaller 1.2 unit, it will also be mated to manual and automatic gearboxes and will debut in the Tata Sierra, which will go on sale by 2025.

At the Auto Expo 2023 held earlier this month in New Delhi, Tata Motors showcased its upcoming 1.2-litre and 1.5-litre turbocharged gasoline direct injection (TGDi) engines which will debut with the Curvv and Sierra, respectively. More importantly, these new engines are BS6 2.0-compliant and can run on a 20 percent petrol-ethanol (E20) fuel blend.

Tata Motors’ new engines are constructed using aluminium and are stiffer in construction. They are also said to have improved performance, compared to the current crop of engines, as well as better fuel efficiency. Furthermore, the new engines will come with features like dual cam phasing, which is essentially variable valve timing, affecting the way cams behave at certain revolutions. They will also get a variable oil pump as well as an integrated exhaust manifold in the cylinder head.

Furthermore, the new TGDi engines will also be fitted with a water-cooled variable geometry turbocharger, which Tata Motors claims will provide better torque from lower in the rev range for better acceleration. The carmaker has also managed to reduce the cost of ownership of these engines by fitting them with new valve trains and timing chains which will give them a longer service life.

The 1.2 TGDi engine will debut on the ICE version of the Tata Curvv, which is slated to release sometime in 2024. It could also trickle down to the Nexon and Altroz, if it makes business sense for Tata Motors to do so.

The larger 1.5 TGDi direct injection turbo-petrol engine is a four-cylinder unit displacing 1498cc. It churns out 170hp at 5000rpm and 280 Nm of torque between 2000 and 3500rpm. Like the smaller 1.2 unit, it will also be mated to manual and automatic gearboxes.

Tata Motors will debut this 1.5 TGDi engine with the ICE version of the Sierra, which will go on sale by 2025. It will also be plonked in the Harrier and Safari facelifts soon after, and could also be offered with the Curvv.