Armed with a strong pricing strategy, particularly for the base models, Tata Motors looks to make the most of the booming demand for compact SUVs in India. 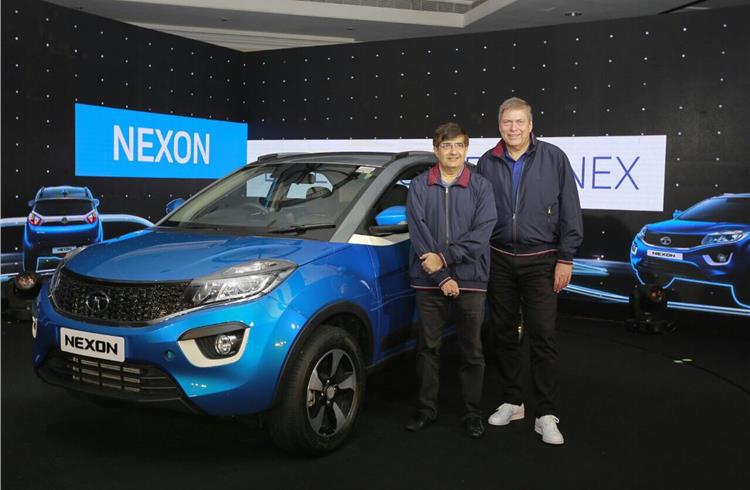 The Tata Nexon was first showcased by the company at the 2016 Auto Expo held in New Delhi, and one of the main talking points about the sub-4-metre crossover is the retention of its critical design elements from its concept through to the production model.

The new crossover has seen designing based on Tata’s new ‘Impact’ design language, getting a striking face with the humanity line, in Tata-speak, underlining the piano black grille upfront. Adorning the grille, the top-of-the-line XZ+ variants come equipped with projector headlamps with integrated DRLs. The Nexon's side profile gets coupe-like treatment, with a sloping roofline towards the rear, ending into LED tail-lamps, which come standard across the four trim levels – XE, XM, XT and XZ+. 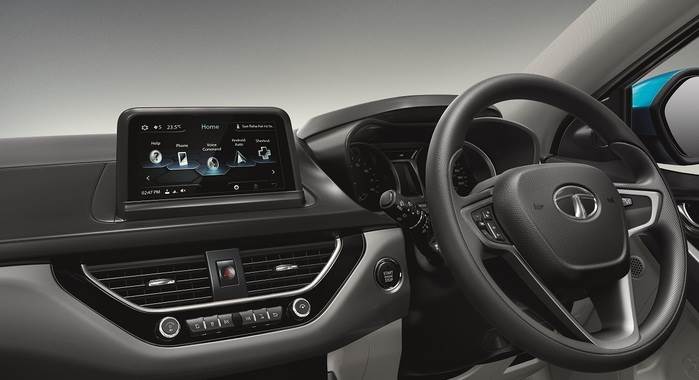 On the inside, the biggest highlight is the centrally placed floating 6.5-inch touch-screen infotainment system in the XZ+ variant, developed in conjunction with Harman and comes with an 8-speaker set mounted in all doors. The infotainment system gets Android Auto functionality. There is a reach adjustable steering wheel on offer and the vehicle gets individual AC vents for the rear passengers and a boot space of 350 litres.

Driving directly into the buzzing UV segment in the country, which sold 78,664 units (+19.62%) in August 2017, and pitching its fight against established players like the Maruti Vitara Brezza and the Ford Ecosport, the Nexon boasts of a brawny unladen ground clearance of 209mm and comes shod with 205 section tyres, mounted on 16-inch diamond cut alloy rims on the top trim.

On the fuel efficiency front, the Tata Nexon delivers 21.5kpl for the diesel variant and 17kpl for the petrol, which means it is thirstier than its rivals.

New powertrains, high on features and safety
Tata Motors has plonked in two indigenously developed engines into the Nexon, with a 1.2-litre three-cylinder turbocharged petrol from its Revotron series, which is rated to develop 110bhp of power and 170Nm of peak torque.

While the petrol motor made its first appearance in the Tata Zest, launched in 2014, the 1.5-litre four-cylinder diesel unit is a completely new engine, producing 110bhp of power and 260Nm of peak torque. Both engines come mated to a 6-speed manual transmission and Tata also plans to introduce AMT options by Q1 of CY2018. The crossover offers three ‘Multi-Drive’ modes, which include Economy, City and Sport driving modes to alter driving characteristics.

Tata Motors offers plenty of kit on the Nexon, with even the base variant getting dual front airbags, ABS with EBD, reach and rake steering adjust, multiple drive modes (Eco, City, Sport), umbrella holders in the doors and a folding rear seat. The Nexon is the first in its class to feature multiple drive modes for both engine options.

There are ISOFIX top anchors and tethers at the rear seats as the standard safety kit on offer, and the body shell of the crossover has been designed to absorb maximum impact in a situation of a crash.

In addition to the standard features, the top-spec XZ+ trim gets an 8-speaker, 6.5-inch touchscreen Harman infotainment system with Android Auto and voice commands for the automatic climate control. It is also equipped with projector headlamps with daytime running lamps, 16-inch alloys, rear parking camera, driver’s seat height adjust, a smart key with push-button start and a dual-tone roof.

Unveiling the Tata Nexon in Mumbai, Guenter Butschek, CEO and MD, Tata Motors, said: "Our passenger vehicle market is dynamic. The fast-moving generation has clear preferences in terms of design and style. Catering to this discerning need of our customers, we have consistently pushed the boundaries of automotive engineering by creating new categories of vehicles. The Tata Nexon is the result of our intent to break away from the conventional approach of segmentation in its discreet forms and fulfilling a larger set of milieus. With the Tata Nexon, we offer an unparalleled package of style, performance, and innovative features."

Butschek added, “We need to get the PV business back to profitability by gaining market share by entering new product segments. With the launch of the Nexon, we aim to connect with the aspiration of our customers and mark our entry into the growing compact SUV segment.”

Mayank Pareek, president – Passenger Vehicle Business Unit, Tata Motors, said, "Our focus is to introduce products that not only enhance the brand, but simultaneously align well with the rising aspirations of customer segments. As part of the aggressive turnaround strategy, we have renewed focus on filling in product gaps and tapping the white spaces that will emerge. Conceptualised as a lifestyle SUV for young progressive individuals, the Nexon is the culmination of this radical shift in thinking and will further expand Tata Motors’ addressable market."

Pareek said, “Tata Motors currently plays in roughly 60 percent of the product categories in the Indian market. With the Nexon, the fight will be upped to 70 percent, by encompassing the highly lucrative compact SUV segment.”

“Our bigger aim is to cover 95 percent of the market product segments by 2020,” he added. The company is also witnessing a shift in new owner profiles which has shifted to be around 81 percent individual buyers, contrary to the majority of Tata car owners being fleet operators.

Scaling up the dealer network
Tata Motors aims to broaden geographically expand its reach across the country, with a good focus on the rural areas as well. At the end of March 2017, the company's network stood at 650 dealership outlets. It now plans to expand to 745 showrooms in FY2018 and to more than 1,200 showrooms by 2021, including a host of contemporary virtual showrooms as well.

According to Pareek, “This is one of the strongest improvements across industry, resonating with the fact that we are directionally moving on the right track.”

Pareek said that Tata Motors has a late mover advantage in the category, where it could learn from the mistakes of others and formulate its offering better. He added the company’s approach towards introducing AMT in each product is future-driven and in the next five years, the industry will see every second car sold equipped with AMT.

With positive economic sentiments brought in by GST, prevalent low interest rates, improving GDP, good monsoon, and improving infrastructure as well, Tata Motors is hopeful of repeating a success story with the Nexon, as it did with the launch of the Tiago hatchback in early 2016, which has gone on to cross sales of 75,000 units in the market.

Tweeting on the Tata Nexon's pricing and launch, Hormazd Sorabjee, editor, Autocar India, said: "Great product, great price. Stunning looking Nexon has the makings of a winner. Now it's up to Tata Motors' sales network to make it a success. The introductory pricing, especially for the petrol version, makes it a very compelling compact SUV to buy. The Vitara Brezza should be worried."