Tata Motors clocks 40,777 unit sales, its highest-ever in a month. 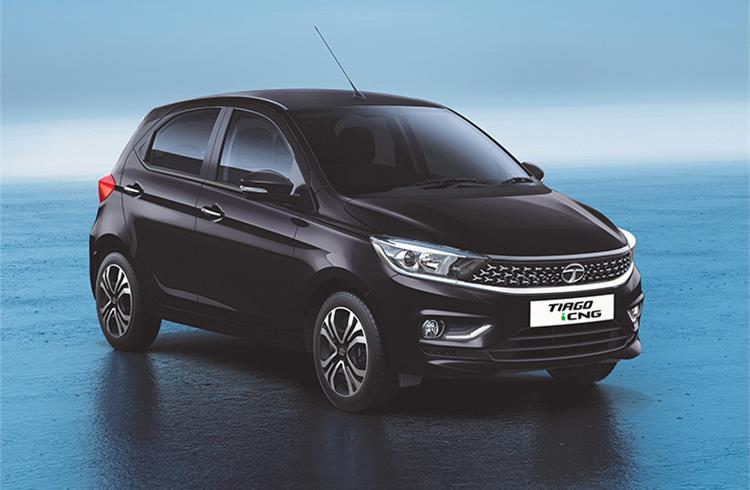 Tata Motors registered a 51 percent year-on-year (YoY) growth in sales in January, with its total vehicle despatches to dealers at 40,777 vehicles – its highest monthly sales, ever. Sales in January 2021 were at 26,978 units.

The company registered a 15 percent month-on-month growth over December 2021, when it had sold a total of 35,299 units and pipped Hyundai Motor India to become the No. 2 carmaker in India by sales volumes.

A split on the basis of body-style, shows that its SUVs which comprise the Punch, Nexon, Nexon EV, Harrier and Safari registered cumulative sales of 28,108 units, while sales of its two new CNG models were pegged at 3,000 units last month. The two CNG variants comprised nearly 42 percent of the total Tiago and Tigor sales in January.

Tata Motors had forayed into the factory-fitted CNG segment on January 19 by introducing the Tata Tiago and Tigor i-CNG cars priced from Rs 609,000. The company had also hiked prices of its models by up to Rs 26,000 in the ex-showroom prices, depending upon models and trims. The price hike was attributed to rising input cost of materials.

Despite the supply-side challenges, especially the semiconductor shortage, Tata Motors registered highest production since March 2007 at its Pune plant and also recorded highest-ever production at its joint-venture plant with FCA in Ranjangaon.