Carmaker looks to expand its vehicle electrification strategy to different parts of the country. 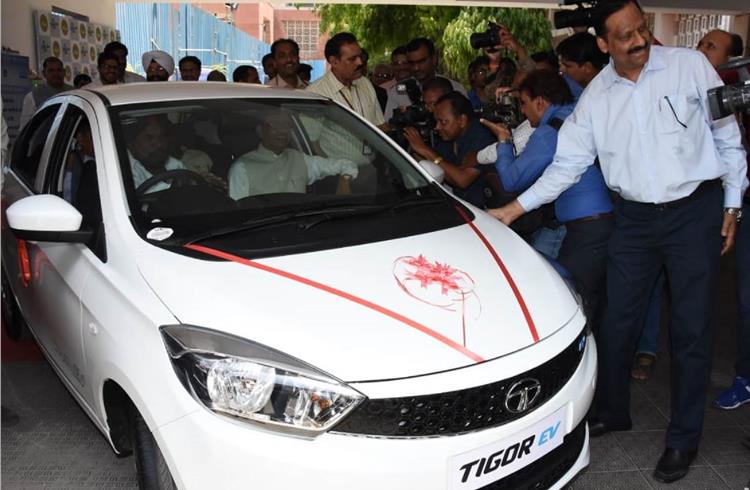 Five days after it signed an MoU with the government of Maharashtra to deploy 1,000 electric vehicles (EVs) comprising both passenger and commercial vehicles in the State and also set up EV charging stations in association with Tata Power, Tata Motors has now taken its electric mobility drive to Madhya Pradesh. 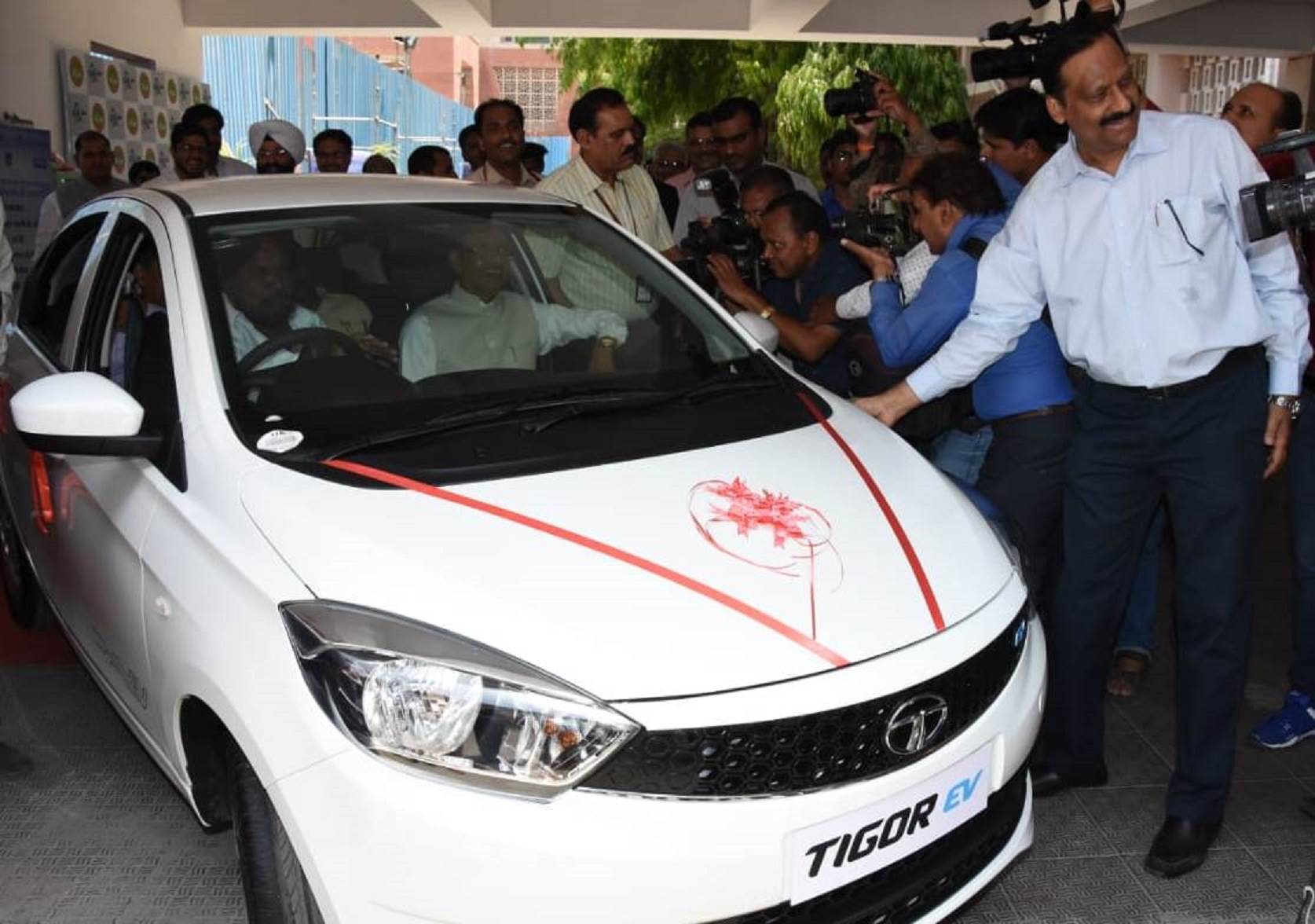 Shivraj Singh Chouhan, chief minister of Madhyra Pradesh, all set to take off for a ride in the new Tata Tigor EV.

The Tigor EV, which is manufactured at the company’s Sanand plant in Gujarat, first rolled out on December 6, 2017. The first batch of Tigor EVs was delivered to EESL on December 14, 2017.

Tata Motors is aggressively moving to cement its position in the country’s electric mobility space. Only yesterday, the company announced its plans to sharpen its focus on electrification. “Tata Motors is optimistic about the future of electric vehicles and would play a leading role in the electric mobility evolution in the country. We will also leverage on the capabilities of other Tata Group companies to develop the full ecosystem and fast track the adoption of e-mobility,” said Guenter Butschek, chief executive officer and managing director, Tata Motors.