This e-bus tender establishes a benchmark for public transit going forward in terms of a business model and allows state agencies to purchase mobility as a service. 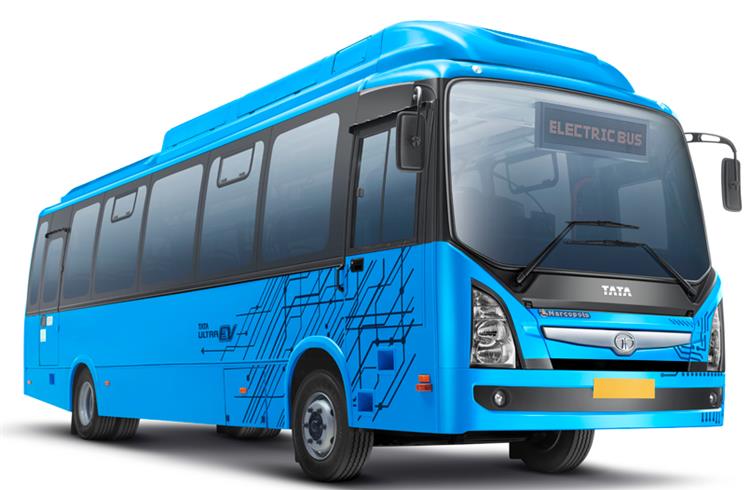 Tata Motors has been announced as the lowest bidder in the mega tender for 5,450 electric buses floated by Convergence Energy Services (CESL) under the remodelled FAME II scheme, the government said.

The price bids of the tender process under the remodeled FAME II scheme for electric buses were opened by Ministry of Heavy Industries (MHI) on Tuesday. The tender contains the largest ever aggregation of electric buses – 5450 buses across five major cities which have indicated their demand for such buses. Participating cities are Kolkata, Delhi, Bangalore, Hyderabad and Surat.

As per a press release issued by the ministry, the tender has been managed by CESL, as per remodeled FAME Scheme for which the Gazette Notification was issued by the ministry in June last year. This tender establishes a benchmark for public transit going forward in terms of a business model and allows state agencies to purchase mobility as a service – where operators are paid a fixed price denominated as rupees per kilometer over a period of time. This public-private model has emerged as a way for cities to introduce or scale electric bus services. With a burgeoning demand for mobility, this model holds the potential to serve as a solution to cover the investment needs of the bus sector and ramp up bus services, the release adds.

"The rates seen in this tender are the lowest ever – with Tata Motors coming across as the least cost bidder across all five categories of electric buses contained in the tender. Discovered prices are between 15 percent and 48 percent lower than the lowest price discovered by the cities. At these rates, electric buses become extremely affordable across the country" the statement further reads.

The Ministry of Heavy Industries has been actively engaged in supporting the deployment of electric mobility in India. In June 2021, the FAME II scheme was remodelled and its delivery mechanism changed to better suit the needs of state transport undertakings, especially in their financial ability to afford electric buses.

MHI is also actively engaged in other aspects of electric mobility. The PLI scheme for automobile and auto component industry, the National Program on Advanced Chemistry Cell Battery Storage, and the FAME scheme for the proliferation of charging infrastructure. The total capital outlay of these schemes is about Rs. 54,000 Crore.