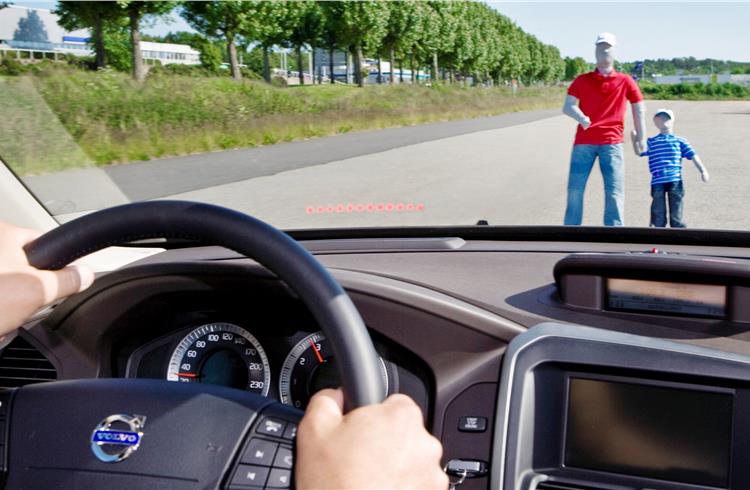 Global New Car Assessment Programme (GNCAP), a UK-based charity that conducts crash safety tests on cars across the world, which is hosting its first-ever Global NCAP World Congress in New Delhi, India in partnership with the Institute of Road Traffic Education (IRTE), today launched the ‘Stop The Crash’ campaign in India as it accounts for the maximum road accident fatalities in the world.

Abhay Damle, joint secretary , Ministry of Road Transport and Highways (MoRTH), while launching the initiative, said: "Advanced safety features in all vehicles in India is needed as vehicle safety cannot be confined to luxury vehicles only . Features like Anti-Lock Braking have already been mandatory in two-wheelers and by next month (October 2018) all new cars will have the pedestrian safety feature including new design of the bonnet to reduce impact on pedestrians during accidents."

“India does not have the Bharat New Car Assessment Program(BNCAP) but we are implementing all safety features in our vehicles  with active support of vehicle manufacturers. Electronic Stability Control (ESC) and Autonomous Emergency Braking (AEB) will be incorporated in new vehicles between 2022 and 2023. ABS and automatic headlights for two-wheelers has already been mandated,” said Damle.

"By the year 2022, most of our vehicle safety will be at par with global standards and some safety features may even surpass United States’ safety standards. But the real challenge is bringing in maximum safety at an affordable cost so that the cost of vehicles does not go up steeply, " said Damle.

The ‘Stop The Crash’ initiative was launched at the Budh International Circuit (BIC)  in Greater Noida, India's only F1 track accompanied with  live demonstrations of advanced crash avoidance technologies that are capable of preventing many types of vehicle collision before they happen. The demonstrations included showcase of how much safer cars or two-wheelers can get with the likes of Electronic Stability Control (ESC) and Autonomous Emergency Braking (AEB) and Anti Lock Brakes (ABS) for two-wheelers,” said   David Ward, Secretary General of Global NCAP and chairman of the ‘Stop the Crash’ Partnership at launch of the initiative in India.

Speaking in New Delhi today, David Ward, Secretary General of Global NCAP and Chairman of the #StopTheCrash Partnership said: “Technologies such as ESC and AEB have the potential to avoid thousands of deaths and serious injuries every year in India. The Indian government has already taken an important lead on vehicle safety technology by mandating a requirement for ABS on motorcycles. The #StopTheCrash Partnership would now encourage the introduction of ESC and AEB as an important next step in the regulatory requirement for all new cars sold in India.”

Rohit Baluja, President of the Institute of Road Traffic Education said: “The Institute of Road traffic Education is proud to partner the #StopTheCrash campaign during Global NCAP’s inaugural World Congress. The Congress brings together road safety delegates from across the World, including representatives from all of the NCAPs worldwide. The message is clear, early adoption of crash avoidance systems like Electronic Stability Control (ESC) as a standard requirement in new cars will help save thousands of Indian lives. 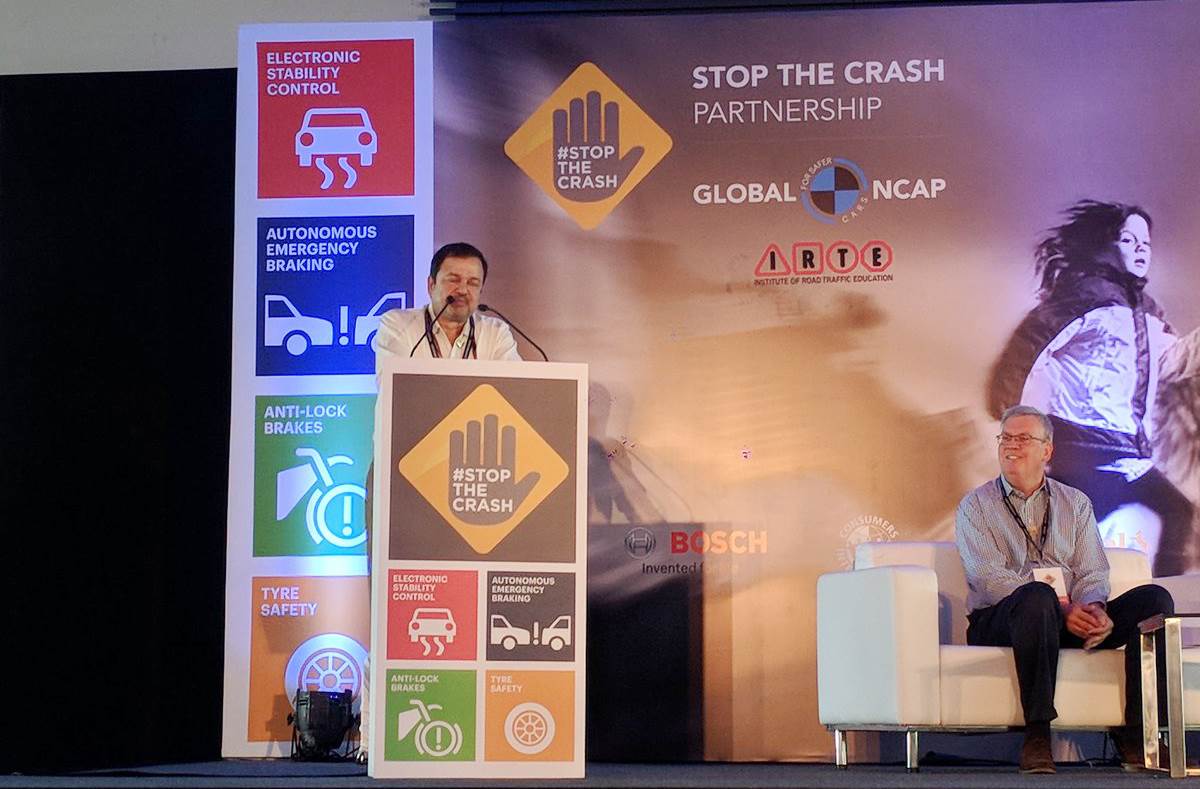 Speaking at the event today, Abhay Damle, Joint Secretary, Ministry of Road Transport & Highways, said: "Things were not that impressive until a few years, but industry has been forthcoming in abiding by the new legislations. AEB and ESC to also become mandatory by 2022-23."

ESC is the most significant advance in vehicle safety since the introduction of the seat belt and one of the most important crash avoidance systems currently available. This anti-skid technology has already helped prevent hundreds of thousands of loss of control crashes and saved tens of thousands of lives. On dry, wet, or slippery roads if the vehicle starts to skid, ESC corrects the slide by reducing engine torque and braking individual wheels to bring the vehicle back on course. 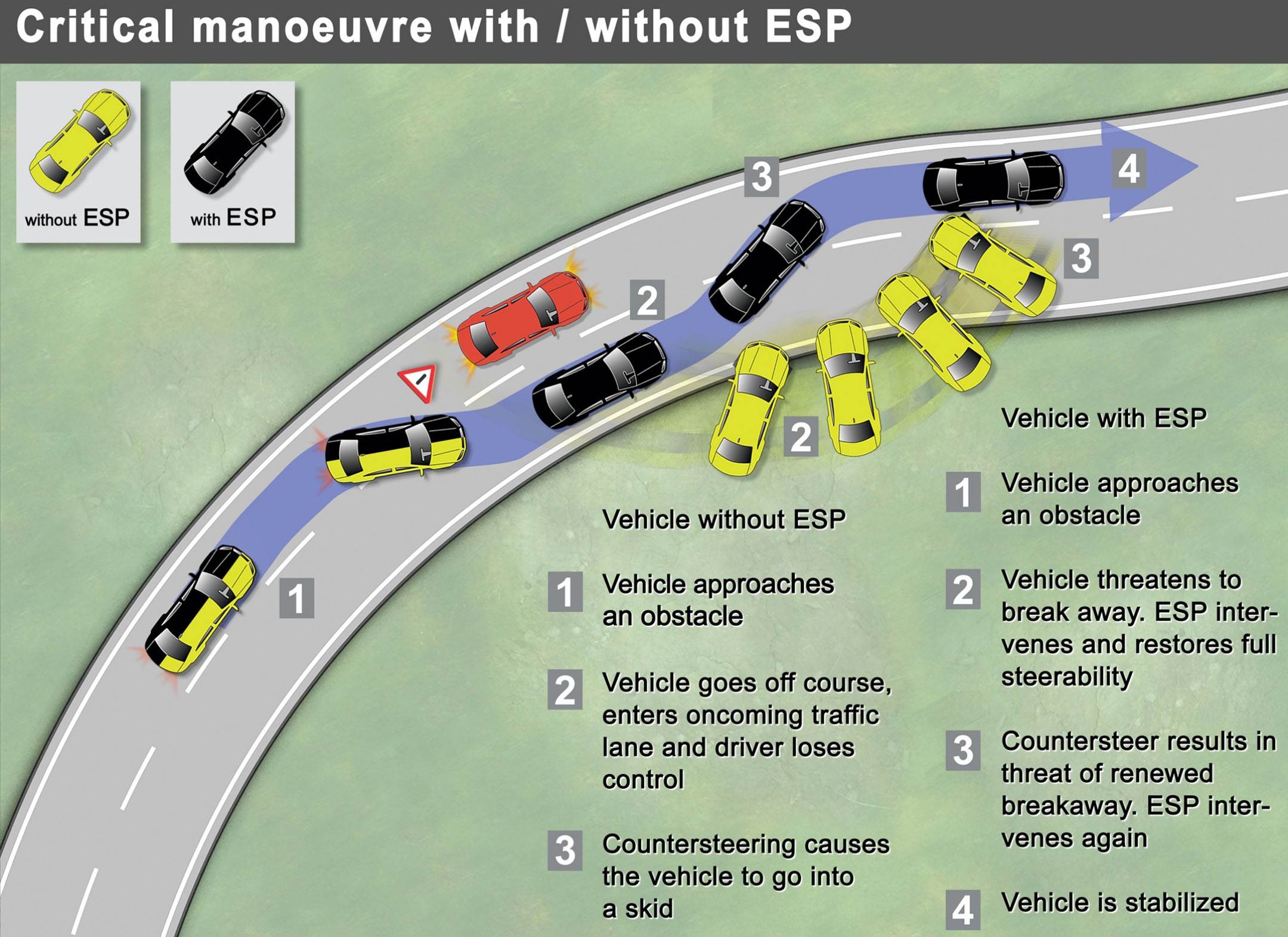 The system uses sensors to continuously monitor the stability of the vehicle. When an unstable state is detected, for instance as the result of a sudden direction change, ESC responds in milliseconds and stabilises the vehicle. If the system senses oversteer (i.e. that the rear of the car is starting to drift sideways out of the turn), ESC applies the brakes to the front wheel on the outside of the turn to create a counteracting torque about the vertical axis of the vehicle. This stabilises the vehicle and turns it back onto the path intended by the driver.

Autonomous Emergency Braking (AEB)
AEB is an advanced safety technology that can help drivers avoid or mitigate collisions with other vehicles or vulnerable road users. AEB systems use forward-looking radar, cameras or optical sensors or a combination of these sensors to help quickly and accurately detect impeding vehicles, pedestrians and potentially other obstacles.

AEB helps provide constant monitoring of the road ahead and is designed to assist the driver by automatically applying the brakes if they do not respond in an imminent crash situation. AEB currently exists in three formats: City, Inter Urban and Pedestrian.

If a wheel threatens to lock during hard braking or on slippery roads, the antilock braking system regulates the braking pressure in a targeted manner, thereby ensuring optimum braking. In this way, the driving stability and manoeuvrability of the motorcycle is maintained, even where there are adverse driving conditions such as sand, loose chippings or water. This significantly reduces the risk of a brake-induced fall, and usually shortens the braking distance. Depending on the model, the motorcyclists can recognize that the ABS has kicked in through a gentle pulsing on the hand and foot brake levers.

Led by Global NCAP, the #StopTheCrash partnership includes the ADAC, Bosch, Consumers International, Continental, Denso, ITT, Thatcham Research, Veoneer, ZF and the Towards Zero Foundation, all united in their shared commitment to promote advanced vehicle safety technologies in support of the UN’s Global Goals and the Decade of Action for Road Safety.

ZF gears up to localise ESC in India​