The company plans to strengthen its network of partners to scale-up the initiative in the coming years. 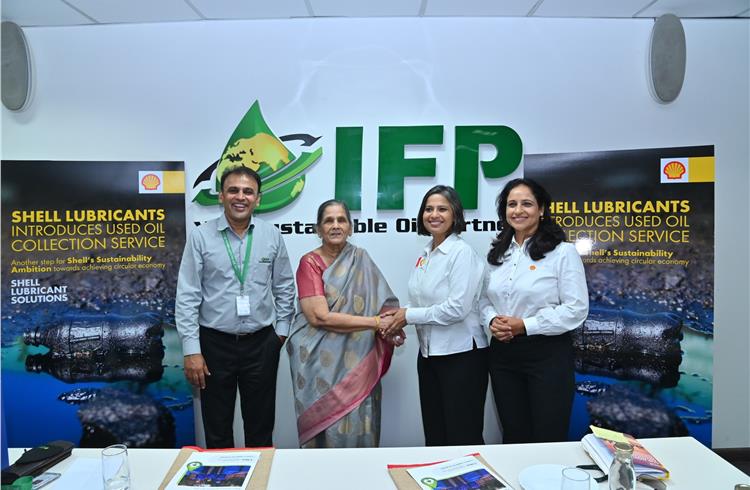 Energy major Shell has launched a new initiative, used oil management service, which it claims is to organise India’s waste oil disposal system and to increase the rate of re-refining thereby achieving its circular economy goals while reducing waste. The company has set a target to achieve net-zero emissions by 2050.

As part of the initiative, Shell has partnered used oil re-refiners to initiate collection and re-refining of used oil on a pan-India basis. Furthermore, the company plans to strengthen its network of partners to scale-up the initiative in the coming years. Shell intends to create awareness about best practices for waste oil management and help set standards for RRBO in collaboration with re-refiners and industrial partners.

Mansi Tripathy, Vice President, Shell Lubricants Asia Pacific, said, “We aim to play a pivotal role to embed circular economy in lubricants and see a high growth potential for this service to reduce waste and thereby, reduce our overall emissions.”

Debanjali Sengupta, Country Head, Shell Lubricants India said, “This initiative reinforces consumer-centric value and will help us support our customers with a more holistic value proposition that goes beyond lubricants.”

The company management highlighted that used oil has been categorised as hazardous waste and contains harmful metals. One litre of used oil can contaminate one million litres of freshwater. Without proper disposal procedures in place, 50 percent of all lubricants end up in the environment. India witnesses the generation of nearly 1.3 million tons of used oil annually of which, less than 15 percent  is re-refined. Burning of used oil leads to harmful gas emissions, increasing health and safety risks.