SCVs to grow in double digits as e-com, logistics development takes off 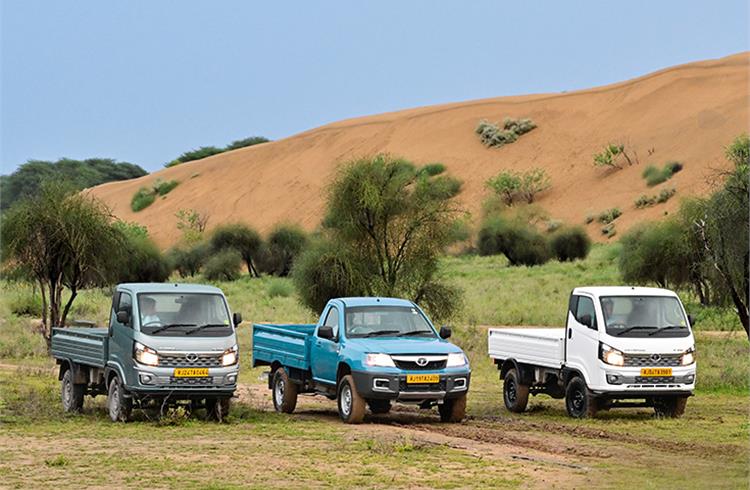 For the sake of perspective, China's total industry volume of small commercial vehicles stands at around 15 lakh annually. In comparison, India witnesses just about 5 lakh units of SCVs getting sold per year. Globally, it counts at about 6 percent though in India it is still at about 3 percent as it.

"In terms of the demand projection, we look and assume that the segment would experience growth in the early double digits," said Pathak on the sidelines of launch of V20- a dual dual vehicle which runs on petrol and CNG. Yodha 2.0 and Intra V50 were the other pickups that were introduced during an event which was held in Hyderabad on Monday.

Agriculture, poultry, dairy sectors in addition to expanding delivery requirements of FMCGs, e-commerce and logistic sectors are being boasted as the reason for prospective growth in near, medium and term.

Pathak, offering further insights on industry trends explained that though SCV was amongst the very few segments within the automotive industry to get away with minimum dent during pandemic, the price increases arising out of spike in commodity prices and mandated regulatory changes have ended up impacting their operator's earnings.

"In addition to price, the last mile owner driver's capacity to sustain a business is crucial. We anticipate the growth to be considerably healthier if there aren't any significant adjustments in that area" he pointed out.

Meanwhile, the company top leadership informed that new launches by the company will help it in making further inroads into market share, which as per their internal estimation currently stands at about 40 percent in the SCV segment. The management hopes to better it by another 4-5 percent on the back of the new launches.

Girish Wagh, Executive Director at Tata Motors said that the introduction of new launches will help the company in increasing the market share by another 4-5 percent, if not more. "It has been targeted at agriculture, poultry and dairy sectors in addition to expanding delivery requirements of FMCGs, e-commerce and logistic sectors" he added.

While Yodha comes available in 1200, 1500 and 1700 kg rated payload options with 4x4 and 4x2 configurations, and is available in single cab and crew cab options, Intra V50 on the other hand offers a 1500kg rated payload capacity and largest deck length in its segment. Further, the Intra V20, the country’s first bi-fuel (CNG + petrol) commercial vehicle with payload of 1000kg helps has an impressive range of 700 km in a single filling.

Pathak of Tata Motors explaining the reason behind launching bi-fuel picks with petrol as one of its fuel remarked that prior to the implementation of BS IV, the cost of a diesel vehicle was significantly lower than the cost of a CNG car. The cost of fuel and CNG have now practically reached parity with the establishment of the BSVI emission standards.  "The cost-effectiveness of producing a CNG vehicle using a petrol engine route is enhanced by the vehicle's better efficiency if we choose that path" he continued adding that the technological advancements in Tata Motors petrol cars is also being leveraged around for onboarding of new technologies in pickups.