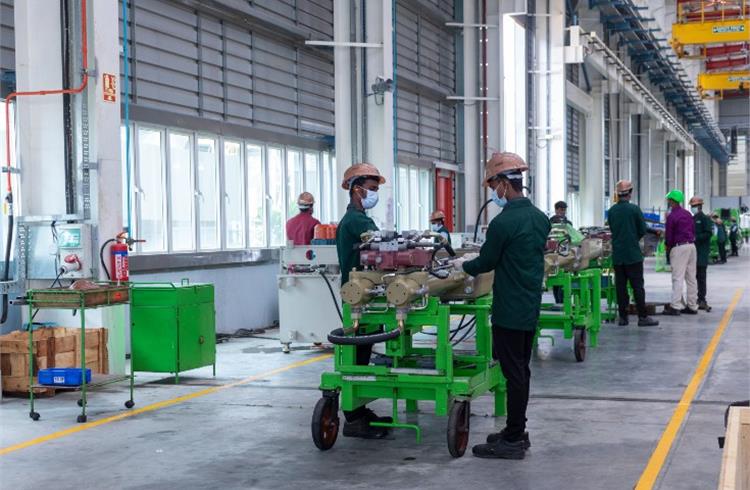 Even as Covid-19 induced disruptions brought down the construction equipment (CE) industry by around 8 percent during FY21, Schwing Stetter (India) on its part witnessed nearly 67 percent jump in its revenues to Rs 2560 crore during the same period on back of new and update launches, capacity expansion and aggressive expansion of its sales & service network. In terms of volumes, the growth jumped by 52 percent indicating its dominant position indicative of its strong hold in several product segments and categories. Schwing Stetter over the past year introduced a range of hybrid/bio fuel products to meet the demand from such customers including 14 at Excon, South Asia largest trade fair for construction equipment industry. It has also partnered with KOEL & Mahindra for using Biodiesel (B7) which means 7 percent of bio-diesel for use in its CEV-IV Engines which it claims will help its customers in reducing the Total Cost of Ownership (TCO) of the product in addition to helping in lowering the pollution levels at the construction sites.