Vasudevan’s exit is the latest in the long list of CXOs who have left the company in the past couple of years across functions; replacement yet to be announced; his role will be overseen by chief commercial officer Yadvinder Singh Guleria. 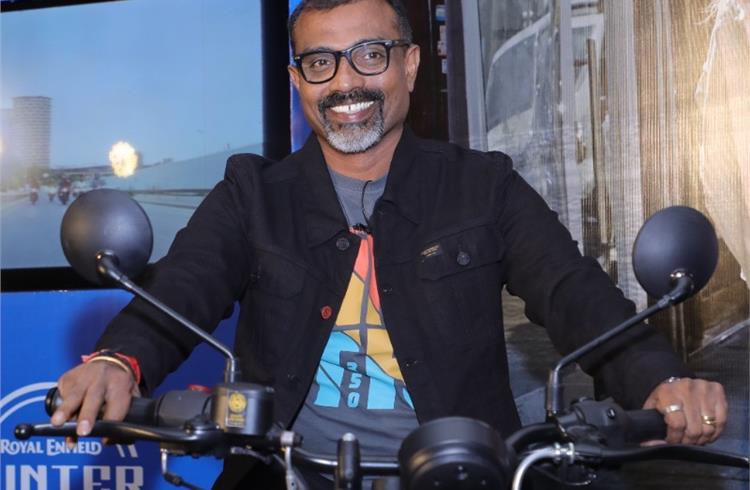 Jayapradeep Vasudevan, the national sales head of Royal Enfield, has exited the company. Vasudevan, who was also called ‘Jaypee’ within the company, had served the Chennai-based motorcycle manufacturer across various functions for over a decade-and-a-half.

People in the know say his exit happened in a short span of time, with the board of the company was also seen involved. While his replacement is yet to be announced, his role will be overseen by Yadvinder Singh Guleria, who is the chief commercial officer of Royal Enfield.

Jaypee's exit adds to a long list of CXOs who have left the company in the last couple of years across functions. These include CEO Vinod Dasari; CCO Lalit Malik; global head of marketing Shubranshu Singh; Vimal Sumbly, APAC head and Manhar Kapoor, chief legal officer, amongst others, over the past 12 to 18 months.

Vasudevan’s departure also happens at a time when the company is on a strong revival path with the launch of the new Hunter 350 motorcycle priced at Rs 150,000 in August this year.

Autocar Professional had recently reported that the company is eyeing a production volume of 850,000 units in FY2023 and thanks to the decent revival in the premium end of the market, the company has set itself a target of reaching a million units in FY2024.

An email sent to Royal Enfield did not elicit any response till the time of going to press.

Following the number of senior level exits, the company moved into action and implemented a series of upgrades to ensure retention. As many as 10 CXOs were being created in design, brand and project management among other functions.

There was a two-tiering of CXOs defined with design and brand securing higher merit with direct reporting to Siddhartha Lal, and the others including the chiefs of finance, information and HR would report to executive director B Govindarajan.

Sources say, with the entry of Yadvinder Singh Guleria in the middle of the year, the sales setup has recently received a boost and the former Honda Motorcycle & Scooter India sales and marketing head also already hit the ground running by visiting various dealerships in India and around the world.