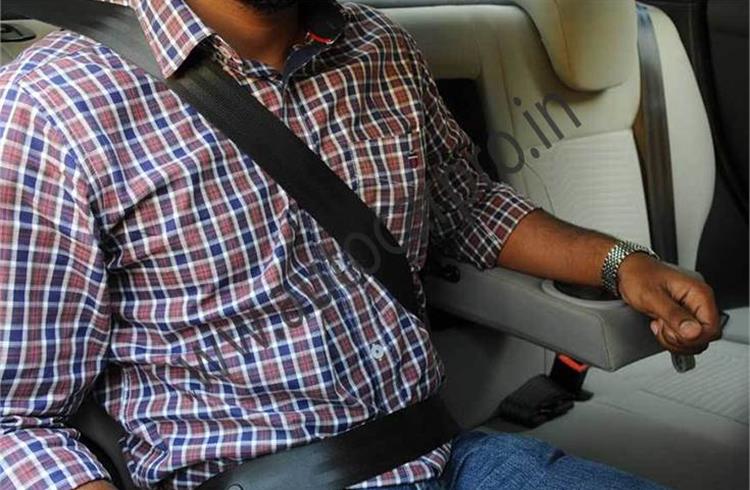 The International Road Federation (IRF), a global road safety body working for better and safer roads globally  while welcoming the announcement by Nitin Gadkari, the union Minister for the ministry of Road Transport and Highways (MoRTH) deferring the decision of making six airbags mandatory till October 1, 2023, has urged him not to make the provision time bound.

It said the decision should be based on a survey that indicates how many people are wearing rear seat belts.

The Geneva-based IRF’s president emeritus, KK Kapila said, “The six airbags in passenger vehicles should be made mandatory once 85 percent of the people start wearing rear seat belts. Once this figure is crossed pan-India, the government should go ahead making this provision of six airbags mandatory. Otherwise, it will become counterproductive and we will lose more lives.”

“In a crash, seat belts are primary restraint devices whereas airbags are supplemental support. Global studies have shown that if an airbag is deployed without having the seat belt on, it can cause severe injuries and even death,” said Kapila.

“It is high time that we move away from the populist ideology of mandating regulations, safety devices like six airbags, but bite the bitter pill of enforcement and penalties that may affect masses. Of course, harsh measures will face resistance but eventually they will become a habit, “ added Kapila.

India has one of the worst records in road safety. As per data from the ministry, in 2020, total recorded 3,66,138 road accidents caused loss of 1,31,714 persons’ lives, and injured 3,48,279 persons The cost of road accidents is borne not only by the victims and their family, but by the economy as a whole in terms of untimely deaths, injuries, disabilities and loss of potential income, the report said. The worst affected age group in these road accidents is 18-45 years, accounting for about 70 percent of total accidental deaths, the report suggests.

In recent weeks, there has been an increased focus on road safety as a result of the fatal accident in early September 2022 involving former Tata Group chairman, Cyrus Mistry. Our sister publication, Autocar India, has reported that the IRF had conducted a road safety audit on the 70km stretch of National Highway 48 where Mistry and a co-passenger had a fatal crash, and said that the particular stretch of the highway lacks proper maintenance, has inadequate key road markings and has more than necessary gaps in the median.

Now, to highlight the importance of safety, the IRF will prepare a one to one and a half minutes’ film to highlight this point and have it screened in cinema halls and on television Network.