Autocar Professional learns that Revolt Intellicorp plans to launch a trio of new product launches and is banking on high localisation to derive FAME II subsidy. 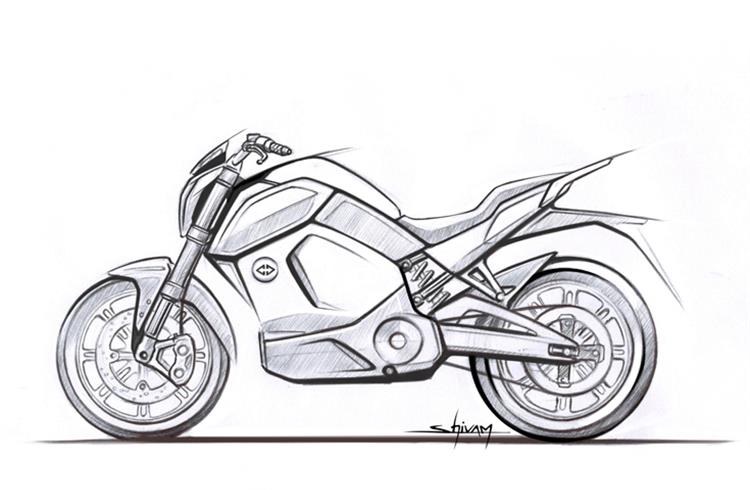 It’s been a roller-coaster of a ride for electric vehicle manufacturers in India, what with the government's recently announced FAME II scheme seeing changes. The policy, announced with a humongous budget of around Rs 10,000 crore and incorporating tough localisation levels for OEMs,  has seen constant debate in the corridors of power and India Auto Inc.

On April 4, 2019 Gurgaon-based Revolt Intellicorp, promoted by Rahul Sharma, co-founder of the giant consumer electronics company, Micromax, made an ambitious announcement that the company would launch the country's first AI-powered electric motorcycle by June 2019. However, no details about the company's plans, motorcycle design or specifications were revealed.

What is known is that Revolt Intellicorp has a manufacturing capacity in Manesar, Haryana spread across  10,000 square feet and a production capacity of around 120,000 units in Phase 1 of the project. Sharma has disclosed that the company's R&D team has been working on the project for nearly two years.

The AI-enabled, LTE-connected motorcycle, which will be equipped with a 4G-sim, will have a top speed limited to 85kph, which is likely to be later increased to 100kph with a range of around 150km. While the motor and batteries are imported, the BMS (Battery Management System) and the ECU (Electronic Control Unit) are an in-house design. Furthermore, the eco-friendly motorcycle will also have a battery swap system.

Three products planned, 100% localisation by end-2020
Now Autocar Professional learns that Revolt Intellicorp is not working on launching one motorcycle but in fact is plotting a trio of new product launches. The company aims to meet the localisation levels outlined under the FAME II scheme, and hence as a result, the customers may get financial incentives under the scheme when buying a Revolt motorcycle.

Interestingly, the company will have more than one offering lined up for the Indian EV market. There are plans to launch its products in three segments – personal, institutional and commercial – with different motors with nominal power up to 4.5kw with a 45amp controller.

Going by the trend, Revolt may start deliveries to institutional buyers first and later on expand its sales to personal and other buyers.

With the Revolt electric motorcycle in advanced stages of tests at ARAI, Pune the company is optimistic that it will get certification soon and will be able to keep up with its scheduled launch date in June. Revolt’s first product will face competition from other similarly-powered electric scooters like the Ather 340, 450 and upcoming motorcycles like Tork Motors’ T6X and the affordable India-spec Evoke, news of which Autocar Professional broke on April 1.

Also read: Definitions and criteria for electric vehicles in the FAME II Scheme