The JV is putting in place strategies for a leading role in EVs even it wants to bring better and sustainable products for Indian and global ICE players. 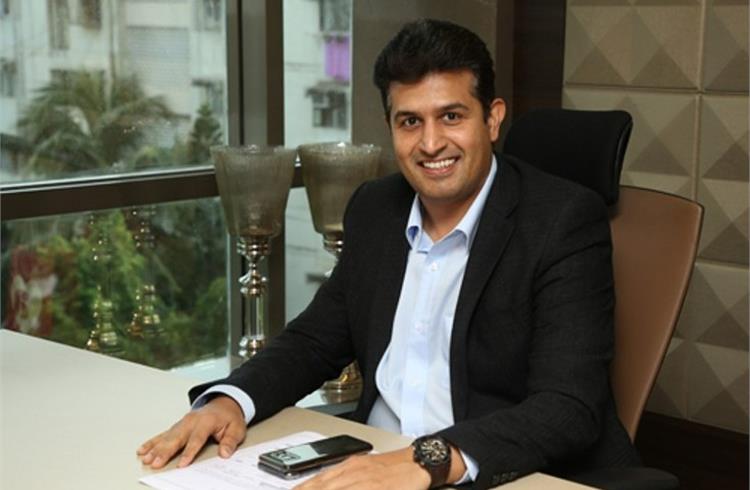 Director, Vijay Sujan says PCS is preparing the ground to enter into the EV space. 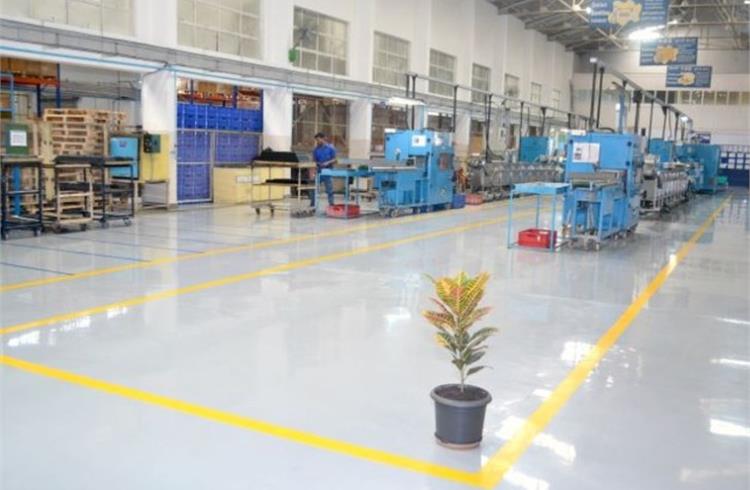 Vijay Sujan, director, Polyrub CooperStandard (PCS) says the pandemic had many learnings for his company, and that as the world emerges from the scourge of the pandemic, he is putting in place a plan to rejig his company’s priorities, and set it on an even stronger growth path.

Sujan is well aware of the fact that challenges remain but is confident that these can be overcome. Recalling the Covid days, he says that while his company, and the Indian auto sector was in a lockdown, some of his key European customers like BMW were functioning. “We had to manage our export programmes and the customer lines keeping our inventory stocks as per the policy,” he recalls. As Sujan describes  it, “We were closed but our customers were open”.

He says he is proud of the fact that the team did a good job even though at the lower levels, team members moved back to the safety of their villages, creating a challenging situation.

However, as a company, PCS had to keep abreast of lockdown regulations even as the challenges kept coming from all sides – container availability and other supply modes. The Pune-based company had to use premium modes of supply which meant a hit to the finances but we ensured that “we kept all our staff, accommodating everyone”.

Set up in 2015 as a JV with US-based Cooper Standard Automotive, PCS  makes fluid transfer solutions (FTS) that control, sense and deliver fluids and vapours for optimal powertrain and HVAC operations. PCS’s customer base includes some of the biggest automotive names such as  BMW AG, Fiat Chrysler (now a part of Stellantis) Lander, GM, Renault-Nissan, TVS-Motorrad, MG India, and most recently, Volkswagen.

A re-start
When PCS resumed operations by July 2020, it was, as Sujan, describes it “ like a complete re-start”. The company had made the investments,  time and expended efforts, and it had to cope and manage a “ depressing phase”. By the end of 2020, BMW, for whom, PCS is a single supplier for many product lines, was meeting its target.

In 2021, PCS which had coped with the first Covid wave and was pretty much back on track had to face a set of new challenges such as increasing prices of input materials and supply chain glitches. “We also had to handle the Omicron,” which he describes as the second speed breaker. But, as a team, he says, “We had learnt to manage, and actually got closer together”.

Though less deadly than the earlier wave, the Omicron was a more infectious variant, and many team members bore the brunt. However, “we quickly moved in to support SCM and Human Resources, and ensured that the mood was not affected even though, understandably, the scenario was not very motivating,” he says. But the team, once again rallied together and “we did not lose any business and in fact, got closer to our customers. To local customers, PCS provided more support, and globally, we “managed to keep in touch”.

As the world now emerges in 2022 to a more normal state, Sujan says that ‘geography has become a challenge”. He elaborates on this saying the “world is looking at China and India differently, and “we have the India advantage that as a country, we can capitalise upon”. He has praise for the country’s leadership which is helping all segments, not just the automotive, and that it is a matter of pride that there is an emphasis on new segments such as electronics and defence, etc.

To lead in EVs
The conversation now moves to EVs, and Sujan says PCS is working with a dynamic south east Asian player in the EV space. This is a milestone of sorts for the JV but Sujan is quick to add that the JV’s first foray into electric was with  an American company.  Elaborating on that, he says PCS developed parts directly for a North American OEM with the JV partner which had the requisite technology for  EVs. “This is what enabled us to get nominated with our newest EV customer”  and it is clear that PCS now wishes to build on this foundation. Having said that, he puts a context to this development saying that new EV company was also impressed with PCS’ global customers that include Lander, a  key supplier to Jaguar Land Rover, and PSA. The company knew that “we are giving them a cost-effective price and have recognised our agility in project management and the fact that we provided solutions on engineering”. PCS is also working with a UK-based EV startup,  and is now putting in the building blocks to be ready for the world of EVs, and “lead that position in India”.

International knowhow
PCS, has learnt, and can leverage the knowledge it has received from these international players. This has helped it develop a tech roadmap for its EV foray. This roadmap means that “we are going to bifurcate our technology centre at the JV into two with one focusing on electric and the other on ICE”.

Setting a context to developments in EV both globally and in India, he says that while it will take India a decade to get to 30 percent electric, the world will be faster.  With the two aforementioned customers, PCS is betting that it can build and sustain an EV business.

Here, PCS is tapping the proven expertise of its JV partner which has its own technology and “ we wish to build proprietary part numbers for EVs”. Citing the example of a key part, he mentions quick connects which provide fast, easy and safe connections for all types of fluid and pneumatic systems, and says that while ICE may need a couple, EVs need 10-12. PCS wants to build its own design, says the CEO, as in that way “ you become more competitive”.

Sujan is also clear that the ICE is still very much around. PCS’ game plan is “ to work on ICE to get ready with better technology for the norms of the future”. As he explains it, “ PCS would like to work one generation ahead for all. We have, for example, a cooling system and want to say that we are using a product that is two generations behind. But the EU is ahead, and we can enhance our technology to international levels, bring efficient cooling and improve performance, by using different materials. Moreover, there is the aspect of sustainability which is much valued today.”

He elaborates that PCS would like to benchmark against norms prevalent in the EU, and be ready for the India market. Sujan uses the example of the iPhone in which one can map the generation of technology and “tell our customers what technology in FTS  you are using, and the  value we bring in”. At the end of day, as Sujan says, “We can help our Indian customers build statement of requirements

PCS, he says wants to set up a CoE, creating strategic themes and bringing clear advantages to the table. He would like the company to build product geometry, tap material sciences, process engineering, and the need is for more equipment and more rigorous testing. As a company, “we are not into manufacturing but a service provider, and we want to  be ahead of the curve, in talent and infrastructure”.

And while the company has been, in a sense, more focused on exports, he is looking to enhance PCS’ local penetration. “While 70-80 percent of its business is export-oriented, we see the mix as a 50:50 five years down the line,” he says.

PCS is also setting up a tech centre in Europe in Q1 2023 that will handle both ICE and EV applications. The plans are to establish one initially with 5 -6 people and then expand, and also  in terms of capabilities from  engineering and R&D.” The tech centre will work with our key EU customers  and enable us to gain traction in the EU which is emerging as a key market in electric,” he says.

PCS is bullish that with its manufacturing footprint in India and the support systems it has in Europe, it can be a formidable player in the FTS business. It is important to have a pie well spread as well as a product line well spread, signs off Sujan.