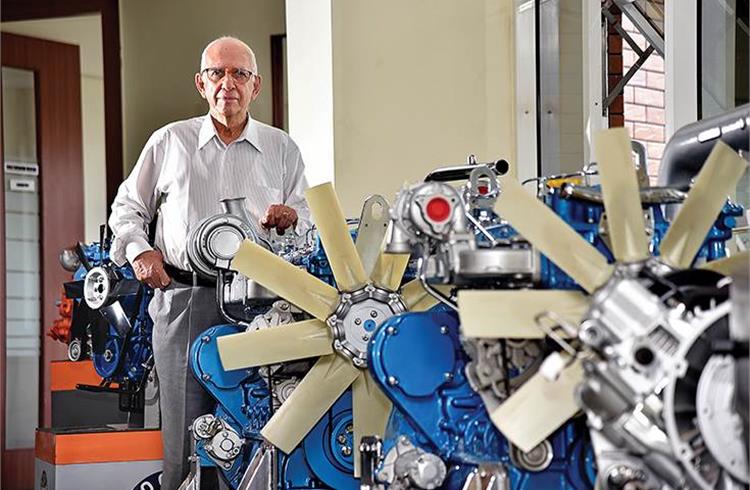 Farrokh Cooper, CMD of the Satara-based Cooper Corporation, believes that the PLI (performance-linked incentive) scheme will send a strong signal to multinational automakers on the need to boost localisation.

“This message must go across to them that the primary objective of PLI is to help the country,” he told Autocar Professional. With an outlay of Rs 26,058 crore, the scheme aims to draw investments of over Rs 42,500 crore by 2026 and incremental production of over Rs 2.3 lakh crore for vehicle and part makers.

It has also been drawn up at a time when component exports have fallen to Rs 0.98 lakh crore in 2020-21 from Rs 1.02 lakh crore in FY20. The key export items included drive transmission and steering, engine parts, body/chassis, suspension and braking etc. Europe, accounting for 32 percent of exports, saw a fall of four percent, while North America and Asia, accounting for 30 percent and 26 percent, were down seven and eight  percent respectively.

Cooper Corporation, which makes engines and gensets, caters to the needs of a host of big brands both here and overseas. The CMD remains concerned about the rising number of road accidents in the country — records from the National Crime Records Bureau (NCRB) India show that there were 1.2 lakh deaths recorded in 2020, down from 1.36 lakh in the preceding year and 1.35 lakh in 2018.

As for the chip shortage crisis, Cooper said if this was not sorted out quickly, it could affect the electric plans of many automakers. “It only goes on to show that with chip shortages, electric vehicles are going to go nowhere,” he added.