The company has earmarked Rs 70-80 crore for development of electric powertrains and the existing ICE business. 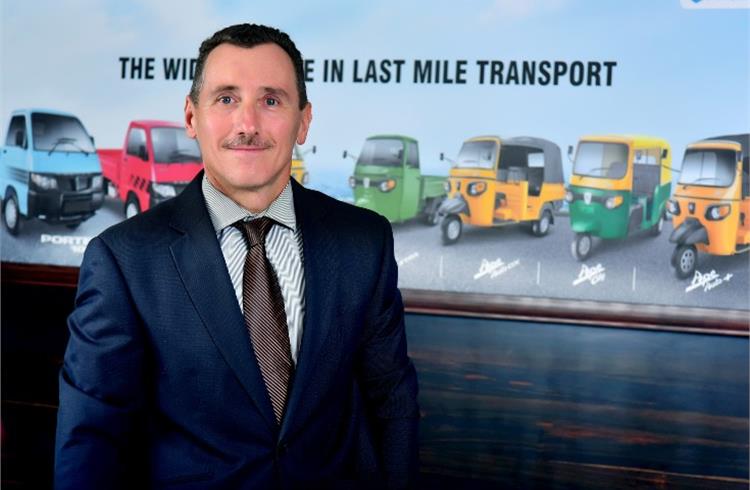 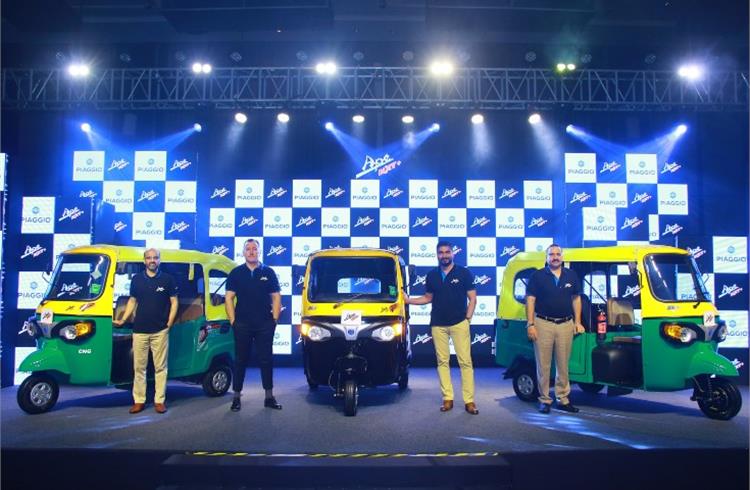 Piaggio is at an advanced stage of developing India-specific flex fuel engines for its three-wheeler range. Work is underway at its R&D centres across Pontadera headquarters in Italy and will be ready for India by 2025.

Diego Graffi, Chairman and MD, Piaggio India, told Autocar Professional, “We already have global Piaggio R&D teams on standby for development of flex fuel engines and are over 80 percent ready in our development. With Indian mandates quite stringent, we want to be ready at the right time."

He was speaking on the sidelines of the launch event for the three-wheeler Ape NXT+ in Pune. “You will see world class products being rolled out while complying with regulations that are in sync with our global lineage,” he added.

Piaggio globally has very limited exposure — with almost no bandwidth — in Brazil, the bedrock for flex fuel engines. This will be the first time it will develop a completely new technology in-house for India.

Flex fuel vehicles can operate on a combination of 100 percent bioethanol and its blends. According to experts, companies need to undertake varying degrees of engineering intervention in the fuel, electrical, and exhaust components like the piston, cylinder block, cylinder head etc. Injectors will also have to undergo changes while making flex fuel engines.

Beyond Piaggio, Honda Motorcycle & Scooter India is bullish on the prospects of flex fuel for its India two-wheeler business. “Honda has a lot of experience in Brazil over the last decade where we sell flex fuel bikes and have the technology to introduce flex fuels engines by 2025,” its MD & CEO, Atsushi Ogata had told Autocar Professional in an earlier interaction.

Emission norms in Brazil are less than Euro 4 levels while India is the toughest at Euro 5/BS6. Hence it will be difficult to copy-paste existing flex fuel technology, say experts. Bajaj Auto and TVS Motor are also believed to be in advanced stages of developing flex fuel engines to meet regulations.

Piaggio had invested nearly Rs 300 crore for the move to Bharat Stage VI emission norms and has earmarked Rs 70-80 crore for development of electric powertrains and the existing ICE business. “First it was BS VI that was a huge challenge from both technology and cost perspectives. Now, we are ramping up electric and talking about ethanol, flex fuels and have Cafe 2 norms also. Such multiple challenges are causing automakers to live on the edge,” said Graffi.

According to him, the more pragmatic option would be for the Centre to go step-by-step and give manufacturers to “fully evolve” and support these initiatives. The other challenge emanates from rising CNG prices which are hitting earnings of auto drivers who are Piaggio’s key customers.

Saju Nair, EVP and Head Domestic Business CV (ICE) & Retail Finance, Piaggio India, said the new APE Next+ CNG delivers 50 km to a kg of CNG which is substantially higher than what rival products have to offer. The company, he added, will look at a diverse fuel range from CNG and LPG to diesel and petrol.

According to Nair, rising input costs have come in the way of expanding electric three-wheeler production with the result that there is a huge demand-supply gap for its Ape E-City. Beyond this, lack of public charging facilities have also hit buying sentiment as evident in Delhi where only 279 e-autos have been registered against the intent for purchase of over 4,000 units.

Piaggio is now toying with the idea of electrifying its Porter range that will go head on with the Tata Ace EV. The sub-one tonne market is also seeing more competition from new players like Omega Seiki Mobility (OSM) and Ashok Leyland. “We are ready to take them on,” declared Graffi.