This move will help expand the FASTag program’s distribution network . 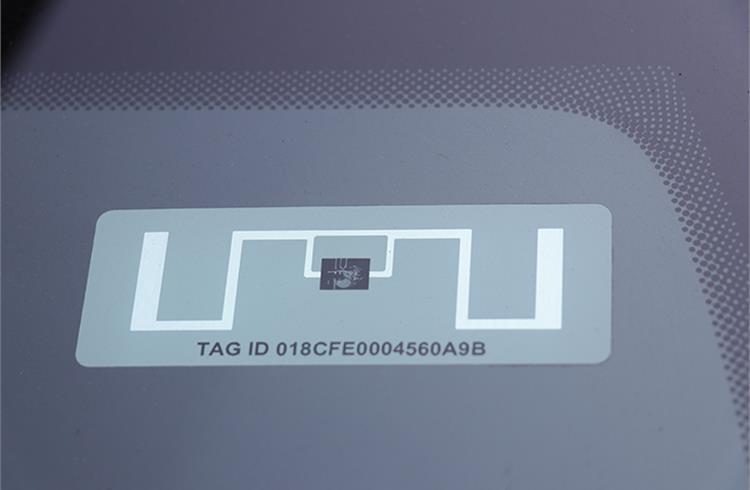 A Memorandum of Understanding (MoU) for sale of FASTags through petrol pumps of leading Oil Marketing Companies (OMCs) was signed yesterday between Indian Highways Management Company (IMHCL) and OMCs like Bharat Petroleum (BPCL), Hindustan Petroleum (HPCL) and Indian Oil (IOCL). This will help expand the FASTag program’s distribution network which is presently active at selected bank branches said the government.

FASTag essentially is a device that uses Radio Frequency Identification (RFID) technology for making toll payments directly from the prepaid account linked to it. It is affixed on the vehicle windscreen and enables a smooth drive through toll plazas.

This is a bank-neutral FASTag which can be linked to the customers’ choice of bank accounts, which will not only provide flexibility and convenience to the FASTag users, but is claimed to be user friendly as there will be no requirement of fulfilling KYC (Know your customer) obligations. The government also launched two FASTag mobile apps - 'My FASTag Customer' app, which the government has said has the distinction of real-time recharge of any FASTag through UPI (unified payments interface), it links IHMCL FASTag with customer’s bank account and there will be no need to install multiple banks applications, and the government proposes to add wallet services in the near future.

In the 'FASTag Point of Sales' app, it is possible to create and manage distribution partners, along with the ability to allow sales at petrol pumps.

The Union Minister for Road Transport & Highways, Shipping, and Water Resources, River Development and Ganga Rejuvenation, Nitin Gadkari said, this move is an attempt to enhance customer convenience through easy availability of FASTags. He said that the FASTag may also work for purchasing fuel at petrol pumps in the future.

The minister said, the automobile sector has gained a lot from the leaps in the road sector, claiming that e-tolls have enabled faster movement for travellers through toll plazas, and urged all state governments to implement it at their toll plazas as well.

He informed that the government under the National Electronic Toll Collection (NETC) programme, plans to include all state/city toll plazas under one umbrella. Additionally, NETC aims to bring more than 500 state and municipal toll plazas within the ambit of FASTag programme, for which IHMCL will offer 50 percent of the capital cost for ETC infrastructure, and waiver on management fees.

The Union Minister for Petroleum and Natural Gas, Skill Development and Entrepreneurship, Dharmendra Pradhan asked the road and petroleum sector to join hands for a synergised future of alternative fuels. He said, both can gain business on new stretches of national highways in view of a large volume of vehicles adding up every year in the country. The minister informed that his department is working hard to bring 400 districts of the country in the city gas network within the coming two years. Pradhan said, there is a need to popularise the use of CNG/LNG in transport sector, which is 20-40 percent cheaper than conventional fuel.

The online payment system is said to improve transparency of toll transactions, reduce revenue leakages, and improve overall efficiency and commercial competitiveness. The government is also planning to make it mandatory for national permit holding commercial vehicles to have FASTag and tracking system device.