Olectra Greentech to sell subsidiary to MEIL Holdings, will focus on EV business

The company will focus on its core business of manufacturing electric vehicles. 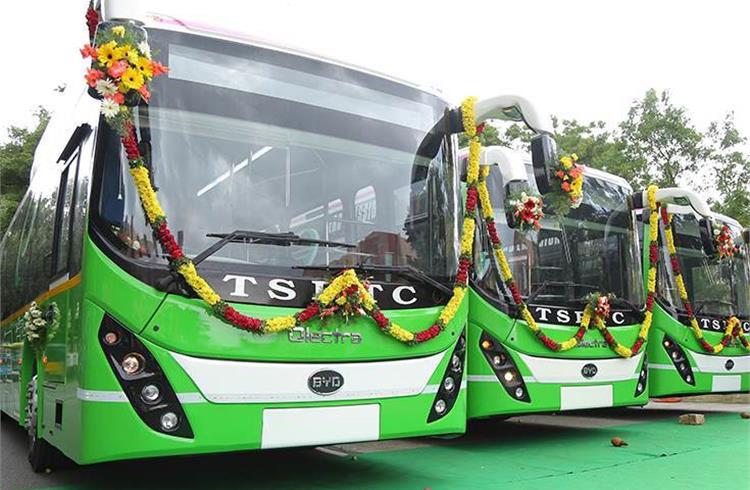 Telangana-based electric vehicle maker Olectra Greentech, today announced that it plans to divest its entire shareholding in Evey Trans including its subsidiary OHA Commute to MEIL Holdings, one of the Promoters of Olectra Greentech at a consideration of Rs 5.5 crore.

Olectra Greentech formerly Goldstone Infratech is a partnership between China-based EV major BYD and Olectra (Goldstone) one of the largest domestic manufacturer of silicone rubber and composite insulators for power transmission and distribution networks.

Olectra Greentech said the move is on the back of the considerable huge investments required for deploying electric buses on GCC/Opex model through Evey Trans, a material wholly-owned subsidiary of the company and to focus on its core business of manufacturing electric vehicles.

Subject to approval Evey Trans and its subsidiary OHA Commute will also cease to be the subsidiary of the Olectra Greentech.

In Q1 FY2020, Olectra Greentech reported revenue of Rs 113 crore, up 232 percent, compared to Rs 34 crore reported for the same period last year. The PAT for the period came at Rs 84 crore, compared to a loss of Rs 34 crore YoY.

Olectra Greentech claims that at present it has over 108 electric buses operating in the country in Himachal Pradesh, Mumbai, Pune, Kerala and Telangana, which have clocked close to 600,000km that translates to the reduction of CO2 emissions up to 630 tonnes or equivalent to 3,143 trees required to handle that much of carbon emission.

Olectra-BYD rolls out its 100th electric bus in India