Having begun its export journey in September 2010, the carmaker today ships its made-in-India vehicles to 108 countries from the Renault-Nissan Automotive India plant. 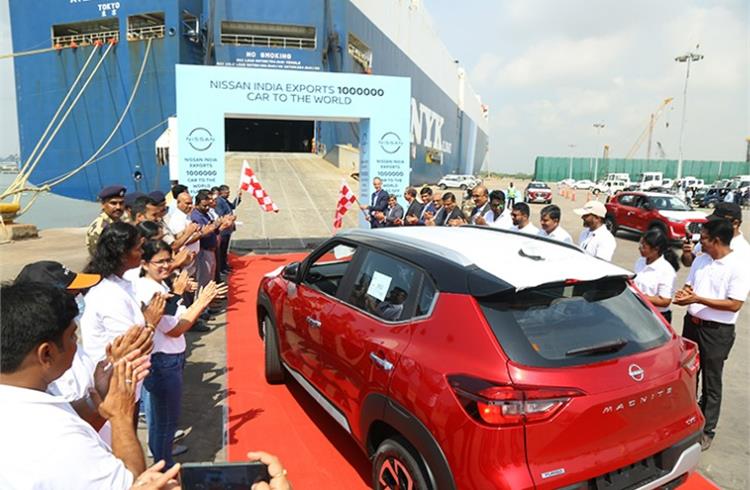 On July 28, 2022 the landmark millionth vehicle – a Nissan Magnite – was exported from Kamarajar Port (formerly Ennore Port), which is 24km north of Chennai Port. 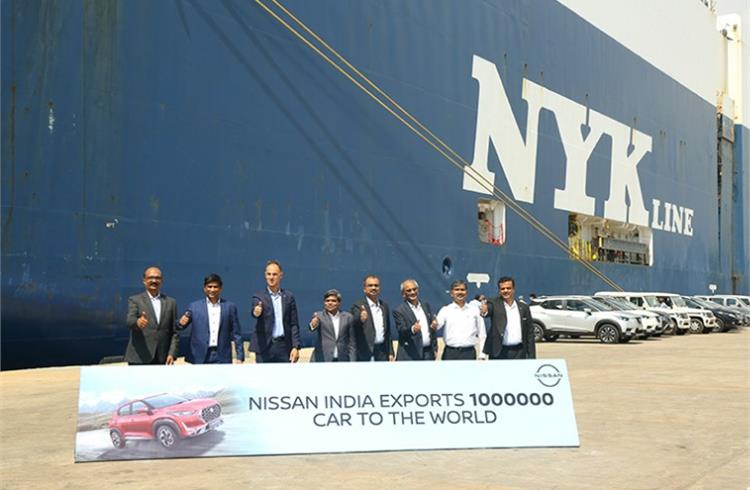 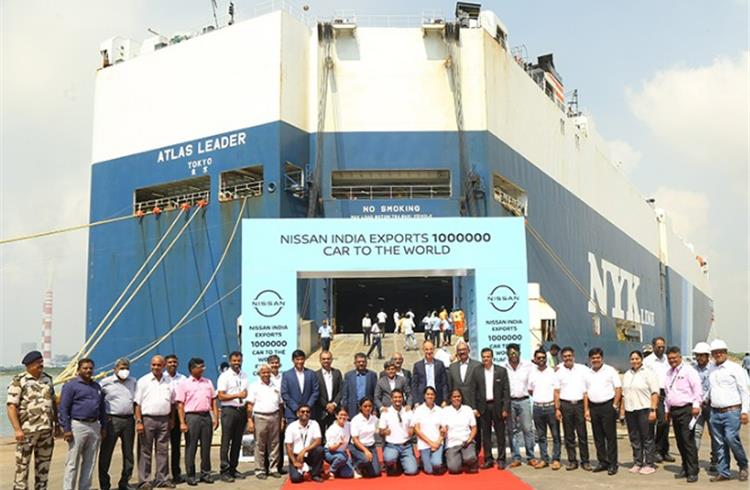 Nissan Motor India has recorded a key export milestone: shipment of its millionth vehicle manufactured at the Renault-Nissan Automotive India plant in Chennai. The export journey to the million-units milestone has taken a little less than 12 years. The carmaker first despatched its made-in-India cars overseas on October 5, 2010, when 3,866 cars made their way to Europe from Ennore Port.

Commenting on the milestone, Frank Torres, President, Nissan India said, “We are proud to celebrate our one-millionth Nissan vehicle exported from India to the world. Nissan India is a key hub for the exports of completely built-up cars and for parts supply. A good recent example is the export of the Magnite into Nepal, Bhutan, and Bangladesh. This is proof of the competitiveness of our operations, including the Port facilities. We would like to congratulate all our teams involved for this great achievement and extend our heartfelt gratitude to the Port officials and Union and Tamil Nadu government for their continued support.”

“Reaching the one-million exports milestone is a testimony to Nissan’s commitment to the ‘Make in India’ initiative. This achievement establishes the Renault-Nissan plant in India as a hub of manufacturing excellence,” said Biju Balendran – MD and CEO, Renault Nissan Automotive India.

Rakesh Srivastava, MD, Nissan Motor India, said, “Exports are a strong pillar of Nissan India’s business strategy, and we will continue growing our customer base in diverse markets, segments, backed by our focus on best-in-class products, innovative technologies, robust performance, and safety. The Nissan Magnite has validated our business approach, and its success in markets in India and overseas has established it as a key driver of the Nissan NEXT transformation plan.” 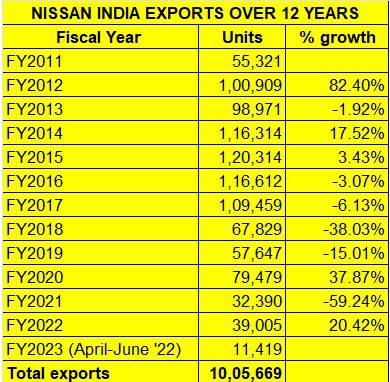 Sharp slowing down of export numbers
Nissan Motor India’s export programme began on a strong note. Barely three years into its export operation, the company despatched its 300,000th export model on November 6, 2013. A little less than four years later, on February 28, 2017, the 700,000th car was despatched abroad. However, since then, over the past five-odd years, the demand for made-in-India Nissan cars seems to have slowed down considerably (see export data table above). 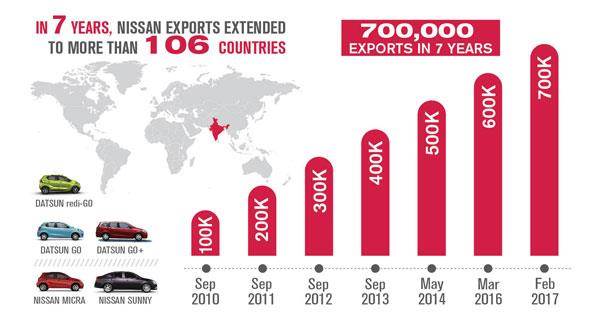 While exports of the first 700,000 units took seven years, the last 300,000 units have taken all of five years, indicating a slowdown.

On January 12, 2017, Nissan began production of the new Micra at Flins in France, at a plant operated by Nissan’s Alliance partner Renault. At the time, the new Micra was the first Nissan passenger car to be built in a Renault plant in Europe, and returned Micra production to Europe – close to its key customer base – after a break of seven years. It is likely this new production dynamic on the part of parent Nissan led to a drop in Nissan India’s future exports.