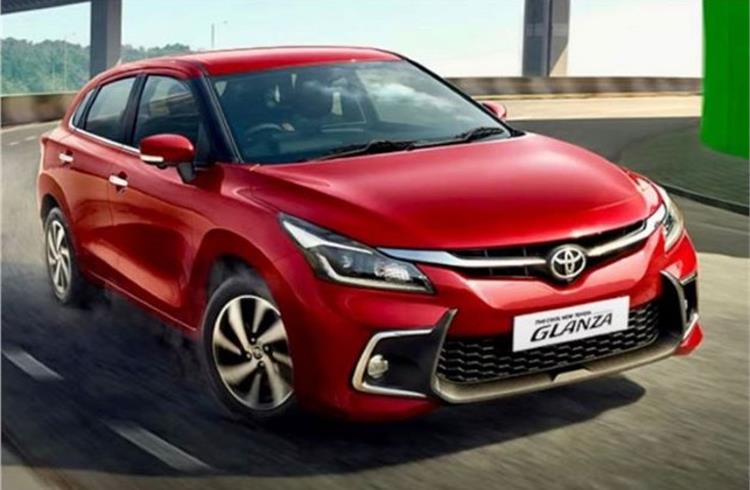 Toyota Kirloskar Motor (TKM) has introduced its new Glanza hatchback which is based on the recently-launched second-generation Maruti Baleno. The new Glanza comes priced between Rs 639,000 and Rs 969,000 ex-showroom, India.

While prices are introductory, TKM has tried differentiating the two cars by offering a different frontal styling, including headlights, grille and bumper, as well as different alloy wheels compared to the Baleno. Both cars are being built at Suzuki Motor Corporation's plant in Gujarat, and the Glanza will be retailed under the Toyota badge as part of the two auto major's global alliance.

On the inside, the Glanza gets a beige-and-black dual-tone cabin theme compared to Baleno's blue-black treatment, but continues to offer the same features like the 9-inch touchscreen infotainment system, cruise control, a head-up display and flat-bottom steering wheel.

Under the hood, the new Glanza comes powered by Suzuki's 90hp, 1.2-litre petrol engine that gets an idle start-stop system. The engine comes mated to a 5-speed manual or AMT unit. While safety features include six airbags and ESC, TKM is offering the new Glanza with up to five years or 220,000km extended warranty.