The time will be used by the Mumbai police to sensitise the city’s commuters about the rule. 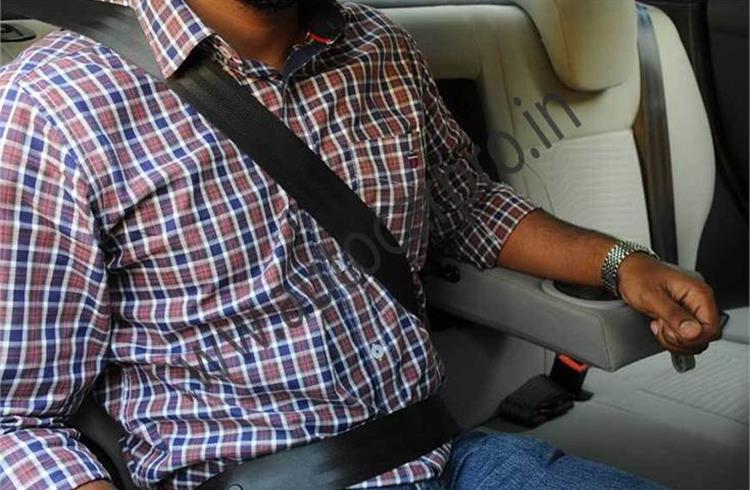 Mumbai Police have postponed by 10 days, the mandatory rear seat belt rule that was to take effect from November 1. Upon implementation, the city police will crack down on passengers not wearing seat belts inside cars, especially those in the rear.

It is in line with the Motor Vehicles Act, which makes not wearing a seatbelt punishable by fine. Currently in Mumbai city, seatbelts are to be mandatorily worn by only by passengers seated in the front seats of the car.

Mumbai Police Deputy Commissioner (Traffic) Raj Tilak Roushan announced the delay to give some time for commuters to be sensitised before strict implementation of the rule. The rule will now go into effect on Nov 10. During this time, the Mumbai Traffic Police will raise awareness among Mumbai commuters through social media and radio. Violations of seatbelt laws will be punished by e-challans once the seatbelt drive is implemented.

The Union Minister for Road Transport and Highways, Nitin Gadkari, laid out a draft notification detailing a penalty for not wearing rear-seat belts in passenger vehicles earlier in September. Gadkari released his statement a few days after former Tata Motors and Tata Sons chairman Cyrus Mistry was killed in a road accident. The latest road safety data show an upward trend in both accidents and deaths in the country. As per the National Crime Record Bureau's report on Accidental Deaths in India 2021, there were 4,03,116 road accidents last year. This is an increase of 13.61 percent year on year. While fatalities in road accidents have increased by 16.83 percent, from 1,33,201 in 2020 to 1,55,622 in 2021, a total of 3,71,884 people were injured, up 11 percent on 2020’s 3,35,000.