Likely to be called Maruti Suzuki Vitara, bookings for the midsize SUV will begin on the same day. 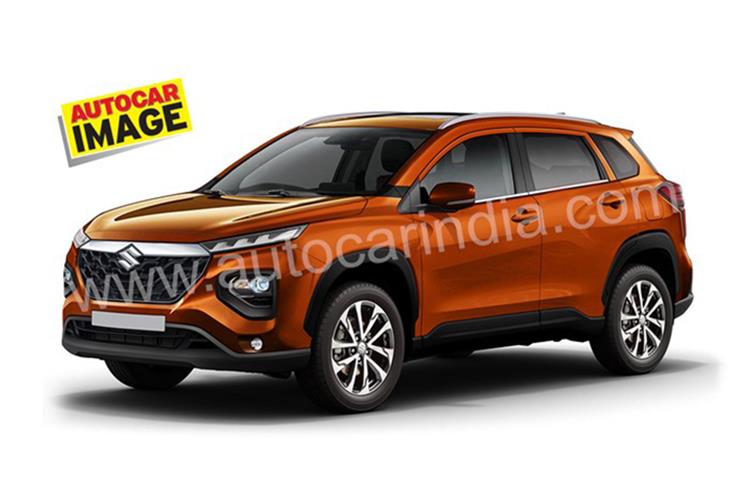 Two weeks from today, Maruti Suzuki will unveil its upcoming midsize SUV, based on the Toyota Urban Cruiser Hyryder. Bookings for the SUV will open on the same day – July 20 – and it will be sold via Maruti's premium Nexa dealerships. Likely to be called Maruti Suzuki Vitara, the midsize SUV will be launched after the Toyota Hyryder, sometime in August.

Jointly developed with Toyota, Maruti’s upcoming midsize SUV will essentially be a sister model to the Hyryder, which was unveiled on July 1. It will be based on Suzuki’s Global-C platform and will come with 1.5-litre mild-hybrid and 1.5-litre strong hybrid powerplant options. This makes the Toyota Hyryder and its Maruti cousin the only models to boast of a strong hybrid technology in the midsize SUV segment in India. Additionally, like the Hyryder, Maruti's mid-size SUV will also have an AWD option.

Maruti SUV, Toyota Hyryder: both global models
Just like the Toyota Hyryder, the upcoming Maruti Suzuki midsize SUV will be a global model and will be exported to multiple markets, including Africa and Europe. The SUV could replace the Vitara which has been on sale in international markets since 2015. The new model, therefore, could be christened the Vitara.

This model will be produced alongside the Hyryder at Toyota’s Bidadi plant in Karnataka. Both the Urban Cruiser Hyryder and Maruti’s midsize SUV will go on sale around the festive season.

Besides the Urban Cruiser Hyryder, Maruti’s midsize SUV will face competition in a crowded and hugely popular segment consisting of established rivals like the Hyundai Creta, Kia Sonet, Volkswagen Taigun and the Skoda Kushaq.