MD and CEO Kenichi Ayukawa says hybrids will boost demand for EV components, thus making a case for an even higher level of local manufacturing. 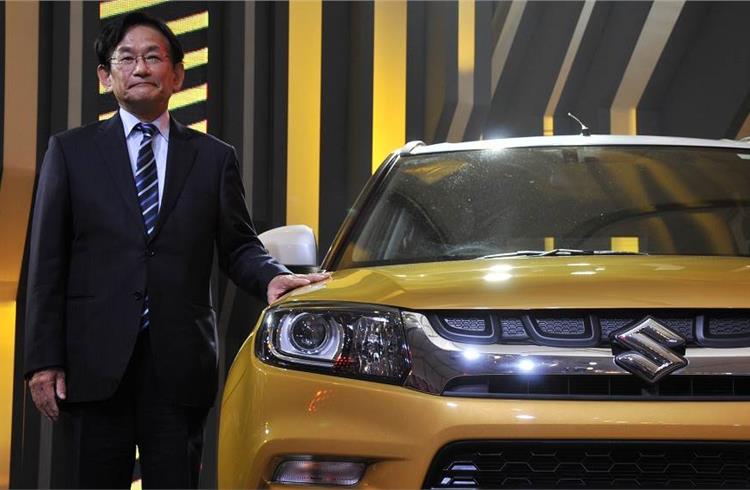 India’s largest carmaker, Maruti Suzuki, today urged the government to encourage the adoption of hybrid vehicles, with the company's MD and CEO, Kenichi Ayukawa, saying that the same will enable an even higher level of localisation of EV components.

“Our cars are almost completely localised; the residual imports are mostly electrical parts and so further localisation of electric car and electric components is very important,” Ayukawa said at a hybrids and EV localisation conference today.

The second phase of the FAME scheme that kicked off from April 1, 2019, with a budget outlay of Rs 10,000 crore, focuses on heavy localisation of EV parts.

Ayukawa believes volumes are more critical than subsidy, when it comes to boosting local manufacturing of electrical components, and parts such as battery, motor, inverter and so on are common among electric vehicles, strong hybrids and plug-in hybrids.

“If we encourage hybrid vehicles then the volume of these core components goes up. And we will be able to achieve much higher depth of localisation of these parts,” Ayukawa said.

The government had made it mandatory for automakers to have 50 percent of localisation to avail benefits under the FAME II scheme, which was a challenge for some, especially since battery manufacturing is currently not done in India. After holding deliberations with stakeholders, in late April it rolled out a revised phase-wise localisation for hybrid and electric parts to be eligible under the FAME II scheme to provide further clarity.

Maruti is increasing its focus on more fuel-efficient petrols armed with hybrid technology, as well as on CNG vehicles, as it prepares for a future without diesel. The carmaker, which sells one in two cars in India, recently announced that it would phase out diesel vehicles from its range by April 2020.

The carmaker has rolled out the new 1.2-litre K12C DualJet with the Smart Hybrid system on the Baleno and aims to introduce it on more models in its line-up in the near term.

Mild-hybrids come with the advantage of an enhanced fuel economy, vis-à-vis a standard non-hybrid petrol, as well as a lower cost differential versus a BS6 diesel.

Maruti is even looking at stronger hybrids and is said to be working closely with suppliers for its electrification strategy that will involve localisation of a high percentage of its components. It could even leverage its partnership with Toyota for ther latter's hybrid system. Further, it will source the battery pack from the Suzuki-Denso-Toshiba consortium that is expected to start producing lithium-ion batteries in Gujarat by 2020.