Speaking at Autocar Professional’s BS VI Conclave in New Delhi, Kenichi Ayukawa assures BS VI compliance for all models ahead of April 2020 deadline but says clean air gains will be offset by large number of unfit, unsafe vehicles on road. 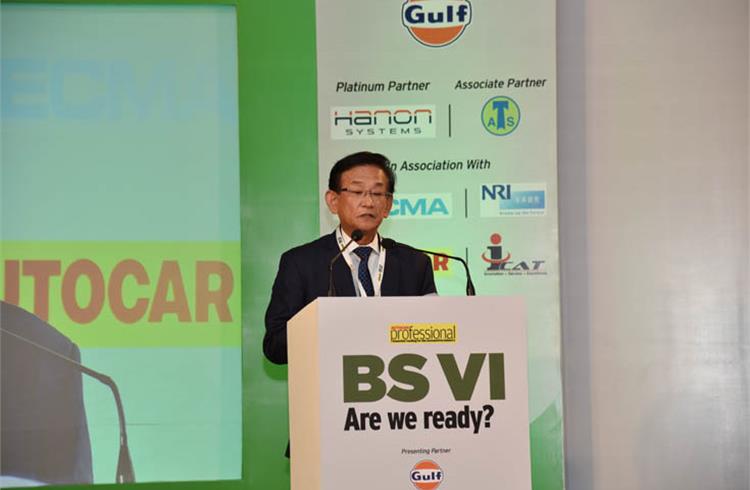 As India Auto Inc drives towards the April 1, 2020 deadline of BS VI emission norms, Kenichi Ayukawa, MD and CEO, Maruti Suzuki India, has confirmed that the company, India's passenger vehicle market leader, will be ready with BS VI-compliant models ahead of the deadline now barely nine months away. He was speaking at Autocar Professional‘s BS VI Conclave, which was held yesterday in New Delhi and saw the who’s who of the Indian automotive industry in attendance.

Delivering the keynote address, Ayukawa said: “We are witnessing one of the biggest technological disruptions of the decade for the automobile industry – the transition from BS IV to BS VI. This leapfrogging from BS IV to BS VI is also one of the biggest, boldest and fastest moves for any nation. Worldwide, the transition has been in phases first from Euro 4 to Euro 5, and subsequently to Euro 6. In Japan too, we followed a step-by-step approach for such technology changes.”

The Maruti Suzuki chief pointed out that with car buyers increasingly seeking products that are safe and environment-friendly, the company has to meet the twin targets of achieving BS VI standard and also adopt advanced safety norms across the company’s product portfolio. “Our teams are working towards meeting both these regulation requirements, ahead of the timelines,” said Ayukawa.

He cautioned though that such technological interventions come with additional investment, making cars a little pricier. “As a company policy, we will try to absorb as much as possible through operational efficiencies but beyond a point, we will have to pass on the costs to customers.”

Informed buyers will enable smoother shift
Ayukawa emphasised the need to educate car buyers about BS VI. “We are preparing our sales team to educate customers on the merit of these technological changes. If customers realise that their cars will be environment friendly with the adoption of BS VI, they wouldn’t mind paying the incremental cost. And, likewise for a safer car.”

Ayukawa remarked that the company may see “fluctuation and even some contraction in demand till BS VI becomes the new normal for the customers. Anything new takes time to take off, so let us be prepared for some short-term challenges.”

He called for speedy availability of BS VI fuel, saying “The real impact of BS VI, will come only if BS VI fuel is available across India.”

Reduced GST can revive sales
As is known, the passenger vehicle market as well as the overall industry is seeing a sharp slowdown. In May 2019, PV sales slid to an 18-year low. The Maruti Suzuki boss advocated that a reduction in GST (at present 28%) will help bring buyers back into showrooms and give a fillip to sales.

“Over 7.1 percent of India’s GDP comes from the automobile sector, which is among the biggest wealth and employment generators for the economy contributing an estimated roughly 37 million jobs. FY2019 was not so good for industry. There is considerable contraction in demand and slowdown conditions continue to prevail. We seek some positive incentives from the government to help revive consumer sentiment.

We have to fight the slowdown together and bring back the industry into the green zone. Some GST relaxation will go a long way in bringing sales back on track.”