Based on the Ssangyong Tivoli's X100 platform, the the XUV300 is still the widest compact SUV on sale and also has the longest wheelbase in its class. 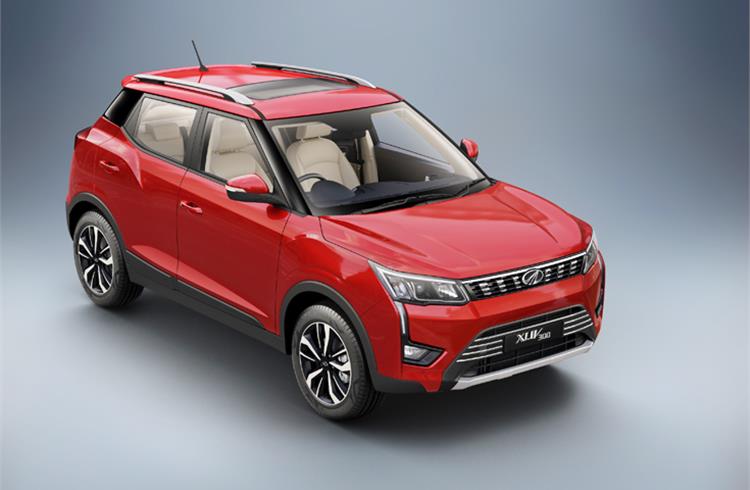 The model-wise sales split is, not surprisingly, in favour of diesel. For the first 10 months’ sales of 38,371 units, diesel variants comprised 27,809 units and petrol 10,562, which translates into a diesel/petrol ratio of 72:28 percent.

That the vehicle, pitched in the thriving compact SUV segment which accounts for nearly 40% of the overall SUV market, would prove to be a good draw was apparent because within 28 days of launch, M&M had received over 13,000 bookings, constituting an average of 465 bookings a day.

The Mahindra XUV300 is based on the SsangYong Tivoli’s X100 platform, which has been modified and altered to fit within the crucial sub-four-metre length. That said, the XUV300 is still the widest compact SUV on sale and also has the longest wheelbase in its class.

In early November, M&M had recalled a limited batch of the XUV300 to inspect and replace a suspension component. The company, however, did not specify the number of XUV300s recalled.

XUV300 first BS VI-compliant vehicle from M&M
The XUV300 is also the first Mahindra vehicle to become compliant with BS VI norms. On December 3, M&M launched  the BS VI XUV 300 in 1.2-litre turbo-petrol guise. The company is transitioning its portfolio to BS VI emission standards in a phased manner, well ahead of the statutory timeline of April 1, 2020. The XUV 300 now comes in a price range of Rs 830,000 for the W4 variant to Rs 11.84 lakh for the W8 variant (India ex-showroom prices).