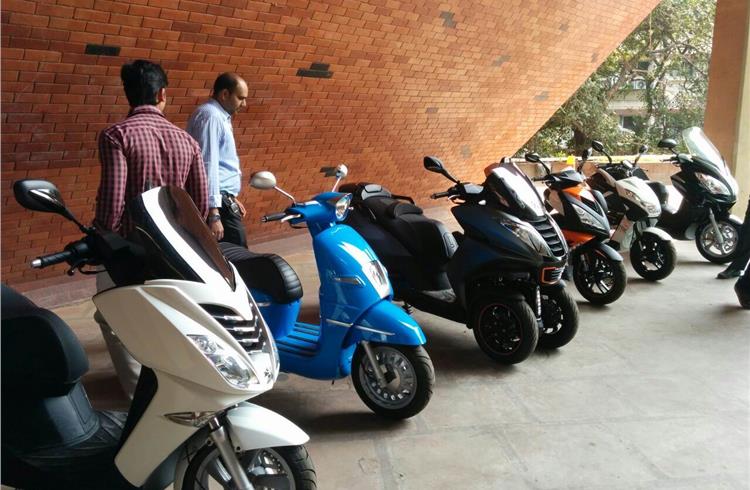 Mahindra Two Wheelers Ltd (MTWL) and Peugeot Motocycles (PMTC), part of the PSA Group based in France, have announced that they have completed the necessary formalities for MTWL’s 51 percent acquisition in PMTC.

PMTC (Peugeot Scooters), a key player in urban mobility in Europe for 116 years, is the oldest motorised two-wheeler manufacturer in the world. It has one of the most comprehensive range of scooters and mopeds, from 50cc to 400cc, including the successful three-wheeled scooter – Metropolis – in the European market. This project was announced on October 7, 2014.

The acquisition, which resulted in the satisfaction of all regulatory, legal and financial conditions of the agreement, has seen smooth completion. As part of the employee dialogue process and anti-trust law, the Works Council consultation process has also been successfully completed.

Speaking on the completion of the acquisition, Dr Pawan Goenka, executive director, Mahindra & Mahindra Ltd, said, “At Mahindra, we are committed to the long-term growth of Peugeot Motocycles and are confident that this relationship would be one of mutual respect, trust and learning. This partnership would enable both MTWL and PMTC to speed up their international expansion by driving synergies and leveraging respective strengths. It is our intention to work closely to enable a win-win for both partners".

Under the terms of the agreement, MTWL has infused euro 15 million (Rs 114 crore) into PMTC to finance projects implemented through the strategic partnership and has also bought shares held by PSA which would allow MTWL to take a 51 percent stake in PMTC.