Recently launched Scorpio N scores big in the latest round of SaferCarsforIndia test by the crash safety body; becomes Mahindra’s first model to be tested under enhanced testing protocol. 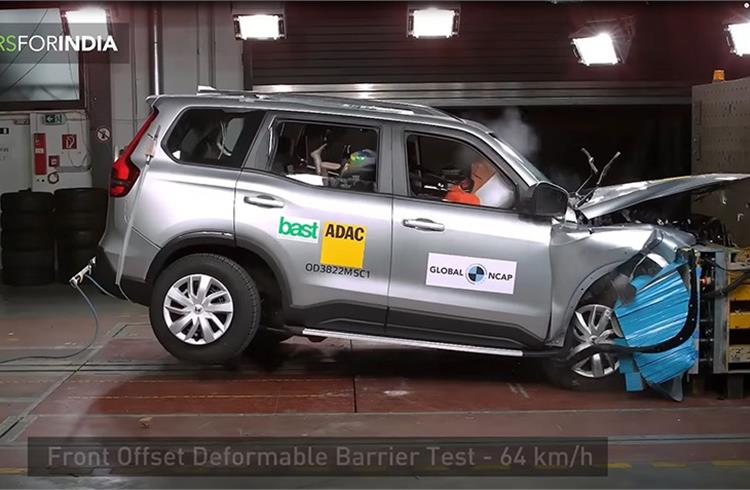 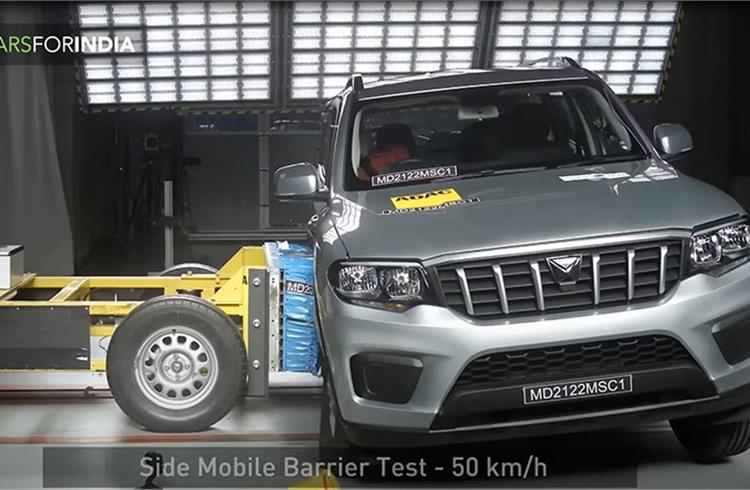 In the side impact test with a deformable barrier, the Scorpio N showed good protection to the occupants with a score of 16 points out of a possible  seventeen. 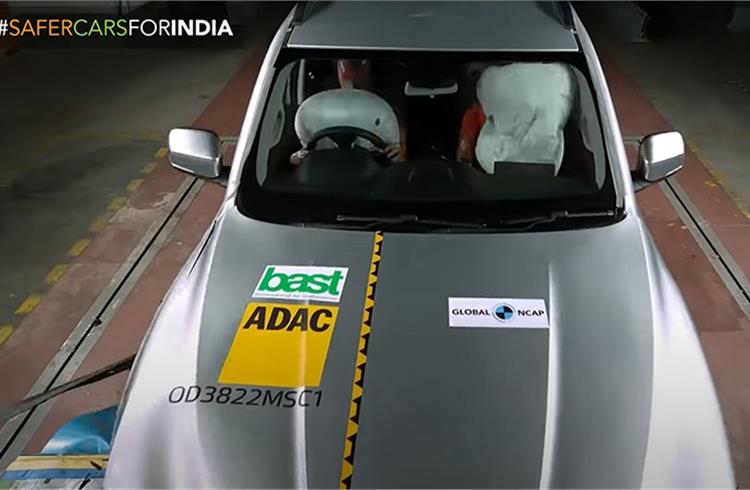 The Mahindra Scorpio-N was tested in its basic safety specification fitted with two frontal airbags and ABS. 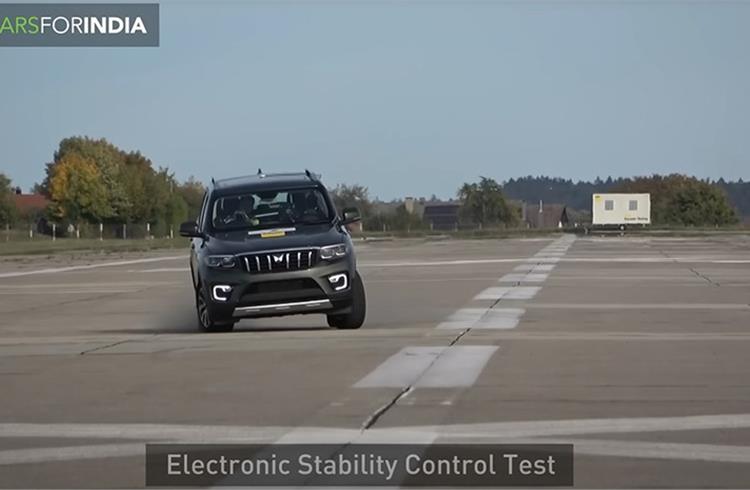 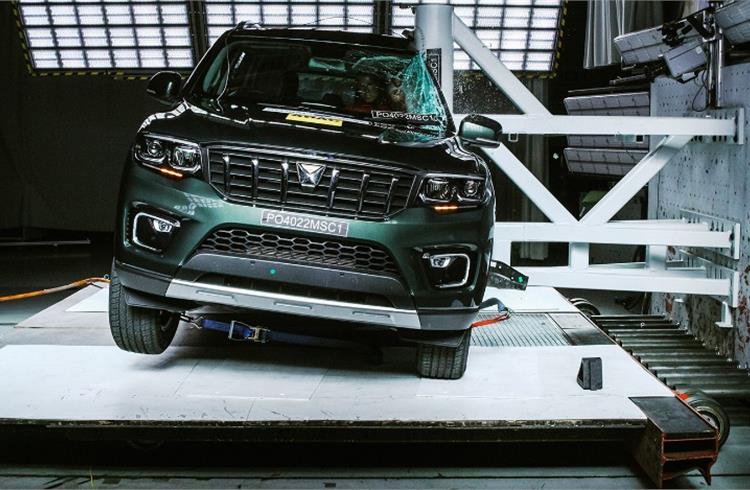 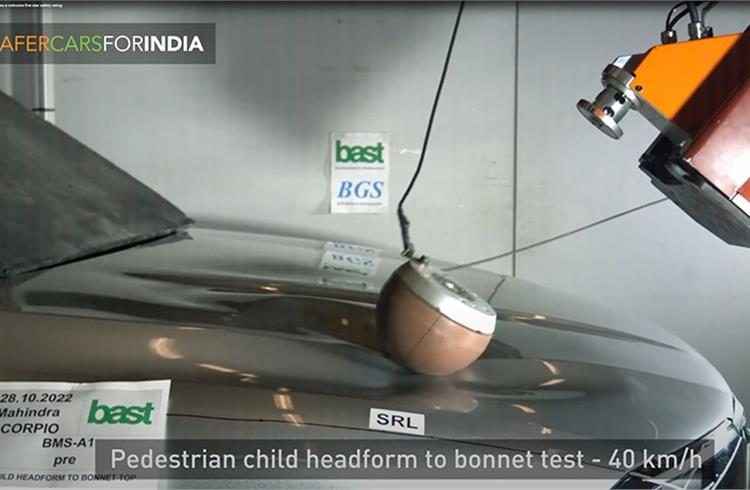 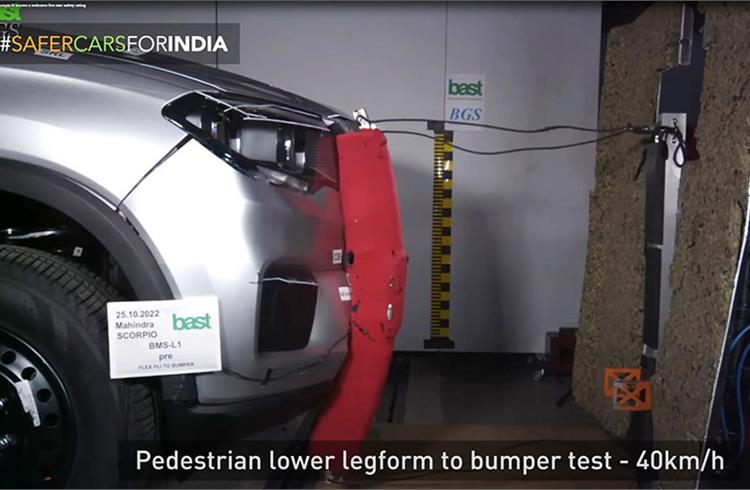 The Mahindra Scorpio N SUV, launched in the Indian market on August 19, 2022 and already one of the company’s best-sellers, is the latest Mahindra SUV to ace the Global NCAP crash test with a five star rating. It becomes the third made-in-India SUV, after the Skoda Kushaq and Volkswagen Taigun in October 2022, to get the top ranking under the automotive safety watchdog’s new testing protocol.

As per the new testing procedure, in the side impact test with a deformable barrier, the Scorpio N showed good protection to the occupants with a score of 16 points out of a possible  seventeen. The Mahindra SUV received an ‘OK’ rating for the side pole impact tests; however, the chest region of the occupants got a ‘weak’ rating.

GNCAP’s testers’ note mentions that the bodyshell and the footwell area of the Scorpio N were stable and capable of withstanding further loadings.

GNCAP tested the Scorpio N with dummies of an 18-month-old and a 3-year-old child, both seated facing rearward. They were placed in the car using i-size anchorages and a support leg, and both helped in preventing head exposure in a frontal crash. The CRS also offered full protection in a side impact.

The testers also noted that the SUV has ISOFIX mounting points in the outer rear seats in the second row.

David Ward, Executive President of the Towards Zero Foundation added, “"Indian manufacturers such as Mahindra have clearly demonstrated their ongoing commitment to improving vehicle safety performance. This is very welcome and we look forward to this promising momentum being maintained when Bharat NCAP is launched next year.”

What are the new GNCAP rules?
Under the new Global NCAP protocols, a vehicle is given a 5-star rating only if it secures the required scores while also conforming to the ESC, pedestrian protection, pole side impact and seat belt reminder requirements of GNCAP.

It also becomes a bit difficult to compare vehicles tested under the old protocols with vehicles tested under the new ones, as the entire process has been overhauled. A star rating under the old protocols is reflective of performance in a front crash test, however, a star rating under the new protocols is reflective of more rounded protection that takes into account side impact as well as active safety like ESC, which helps prevent an accident in the first place.