Babu has been at the forefront of Mahindra Electric’s product development, and was instrumental for the development of the production version of MESMA 350, electric three- and four-wheelers. 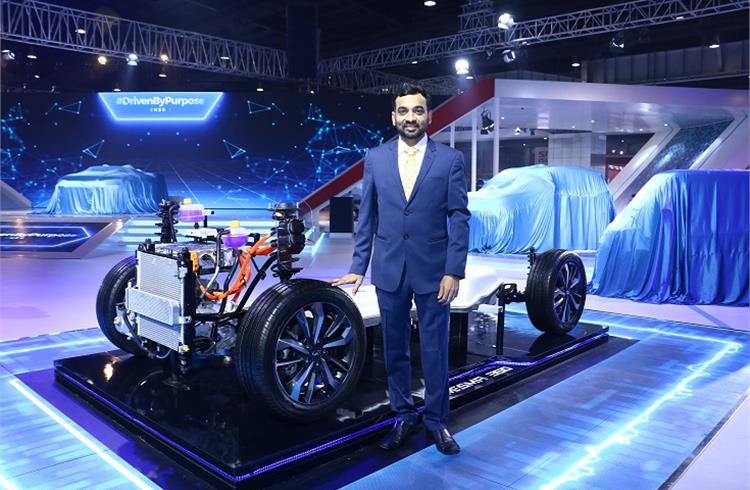 Mahindra Electric Mobility, which manufactures and and supplies electric vehicles, components and software solutions, has elevated its CEO Mahesh Babu to managing director and CEO of the company, effective May 7. The decision was taken by the board of directors in a board meeting held on May 6.

Babu has been at the forefront of Mahindra Electric’s product development, and was instrumental in the developing of the production version of MESMA 350 platform, electric three- and four-wheelers. He has been actively involved in Mahindra’s Rs 200 crore EV plant in Chakan and has been part of many Central and state-level EV policy led workshops.

He has been with Mahindra for over two decades and has worked in the design and development of engine and vehicle platforms from three-wheelers to flagship models. Babu holds two joint patents and has won the Mahindra Group Innovation Award twice, first for the Scorpio SUV turbocharged engine development and the latter for the development of the first Indian Common Rail SUV – Scorpio CRDe. Mahindra says one of the most prestigious projects under his leadership was India’s first monocoque SUV, the XUV500, which won 25 awards within a year of launch.

Babu has actively participated in a number of state and national level EV policy discussions alongside the government such as ‘Champions of Change’ initiative organised by NITI Aayog under the guidance of the Prime Minister of India, Narendra Modi and continues to work closely with industry bodies and associations to spread awareness of electric mobility and developments in the field.

In terms of academics, Babu has completed his Leadership in Management from Tepper School of Business, Carnegie Mellon University, Pittsburgh, and holds a post-graduate degree in Engineering from BITS, Pilani.

Mahindra Electric says under Babu’s stewardship, the company has launched four new electric vehicles and the NEMO (Next Generation Mobility) mobility platform. And he has been instrumental in shaping the e-mobility solutions in the commercial fleet space and expansion of Mahindra Electric's portfolio from 48V through to 650V drivetrains.

Also read: M&M open to other OEMs joining as co-owners in Mahindra Electric

Mahindra showcases its future-readiness at Auto Expo 2020 across EVs, petrol power and BS-VI