Lumax to set up design centre in Europe, Todd Morgan to lead the charge 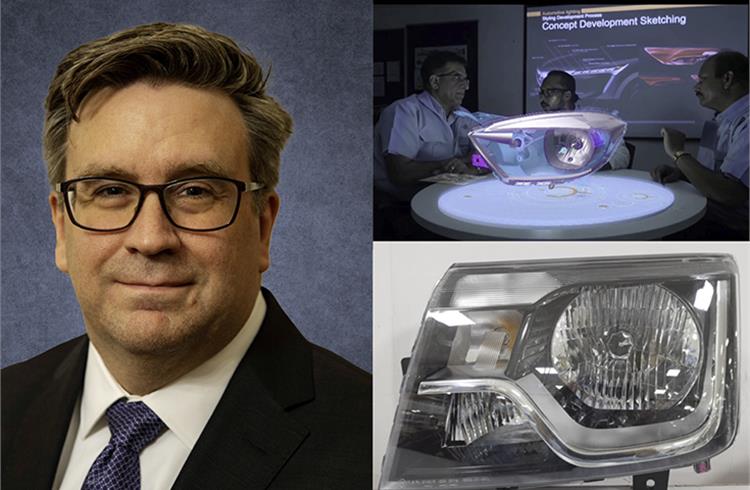 On January 21 this year, Lumax Industries announced the appointment of Todd Morgan as its new CTO. The auto industry veteran with over 30 years of experience across key roles in manufacturing, product development and design joined the Indian Tier 1 lighting major, while being stationed in the Czech Republic.

The company has now revealed that this appointment is part of a long-term strategy to set up two new state-of-the-art design centres, one each in Europe and the US, under Morgan’s leadership.

While Lumax’s new European design centre is on track to be commissioned in the third quarter of FY2022, the US facility has temporarily been put on hold due to the existing Covid-induced  challenges, but has been received a-go ahead to be set up at an “appropriate time” under Morgan’s leadership.

Morgan in the past has been associated with Ford, Visteon and more recently with the Aurangabad-based Varroc Group’s Varroc Lighting Systems, before moving to Lumax Industries.

Speaking exclusively to Autocar Professional, Morgan said, “In the lighting industry, technology and innovation continue to accelerate at an exponential rate. It is for this reason that it is important we understand and take a proactive approach. Therefore, Lumax is strategically investing in the development of these new technologies.”

“While we will develop cutting-edge technologies, we must also be creative in developing them to suit the Indian market which is a very cost-conscious market,” he added.

Focus on increasing localisation
Lumax Industries says it is aggressively moving towards localisation of key components of modern-day lighting systems. For instance, the projectors of LED headlamps, as well as printed-circuit boards (PCBs), are assembled at its unit in Bawal, Haryana, where the company is spending Rs 100 crore for a new state-of-the-art facility slated for operations by Q2 this fiscal.

According to Morgan, “LED technology has allowed for a significant improvement in lighting performance in vehicles and is rapidly becoming more common as the technology cost decreases, and systems increasingly become more efficient in terms of power consumption and weight.”

“Our focus is on localising both the design and manufacturing of LED projectors in India and this will continue to further lower the costs,” he added.

However, with the unique traffic conditions in India, as well as customer’s desires and environmental requirements coming into play all at once, there is a challenge to innovate and enhance safety too.

“In lighting, safety continues to be first and foremost in our minds. As we look to integrate these new innovations into future vehicles, technology that improves the visibility for drivers is something that we are highly focused upon,” said Morgan.

“You will see ‘Matrix’ headlamps that allow the driver to have unparalleled visibility, while not glaring the oncoming traffic,” he added while giving a sneak peek into the future product offering from Lumax Industries.

But with the European design studio set to complement company’s two existing R&D centres in India and one in Taiwan, catering to the changing design preferences of Indian customers remains his prime mission.

“Lighting is the new chrome in automotive . . . so enhancing the look and style of a vehicle is something that we take very seriously. Creating amazing optical systems which allow the design studios to achieve an appearance-like-never-before is something that we are constantly striving for.”

“Innovative lighting animations that welcome the driver to the vehicle are making for a popular trend. We are also working on ways for the vehicle to project images and the utilisation of lighting as a communication tool is definitely high on our priority list,” Morgan signed off.