The company will also tap the expertise of its design centre in Europe to cater to the growing penchant of Indian customers towards vehicles bearing European design. 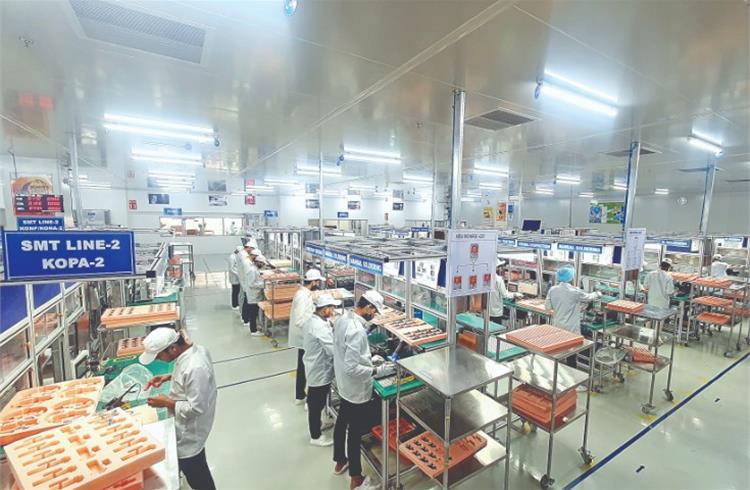 Lumax DK Jain Group, which commissioned a new electronics PCB assembly facility in Bawal, Haryana in January this year is targeting a 70 percent localisation of its lighting and auto electronics product portfolio.

The greenfield plant which was built during Covid at a total outlay of Rs 100 crore, currently caters to the company’s growing product line, which is increasingly seeing the use of semiconductors as a result of developments in technology.

Localisation imperative
In an interaction with Autocar Professional, Vineet Sahni, Group, CEO said, “The new plant enables us to localise our products right from their inception itself. Earlier, we used to start product supplies with imported content, and then localise gradually. Now, we are localising all new product lines right from SOP.

The company will also tap the expertise of its design centre in Europe to cater to the growing penchant of Indian customers towards vehicles bearing European design. It will aim to incubate and upscale new technologies including Japanese and European for its Indian customers.

While the Group’s primary business remains in the area of exterior vehicle lighting solutions with clientele including Maruti Suzuki, Honda Cars India, Tata Motors, TVS and Honda Motorcycle & Scooter India among others, Lumax has also forayed into the manufacturing of parts that include gear shifters, telematics, and antennae through its arm Lumax Auto Technologies.

According to Sahni, there are also plans to localise the products which are currently being fully imported. Therefore, “we are adopting a two-pronged strategy to enhance localisation, which has already improved from 20 to 50 percent with the commissioning of the Bawal unit,” Sahni added.

“We will further augment it and reach around 70 percent localisation of our products at the end of two years from now, considering the average product development cycle,” he reiterated.

Sufficient inventories
Like other component manufacturers, the Group has had to cope with the supply chain glitches andthe resulting chip shortage. However, Lumax has been able to cope with the situation reasonably well so far, Sahni said.

“We have been able to leverage our ability to buy components through our global tie-ups and create sufficient inventory to cater to the requirements of our customers. We will continue with the same strategy until the situation stabilises. We expect that this may well take up to at least six months, provided there’s no other unprecedented external shocks,” Sahni cautioned.

The Group’s new PCB assembly facility which currently manufactures 25,000 PCBs over three shifts every day, will also play a key role in the successful implementation of the Group’s envisaged plans for claiming benefits under the government’s production linked incentive or PLI scheme. The PLI was awarded to a total of 75 companies, including Lumax Auto Technologies, to make fresh investments in the indigenous supply of advanced automotive technology components in the country.

“We are now at the planning stage of converting the scheme into reality by virtue of new as well as certain existing product lines, which would also qualify for the PLI scheme. We will be fulfilling the investment and revenue commitments towards the scheme,” he said.

Lumax is one among several Indian auto component companies that have been chosen for PLI benefits. It remains to be seen how things pan out but clearly Lumax is raring to go.