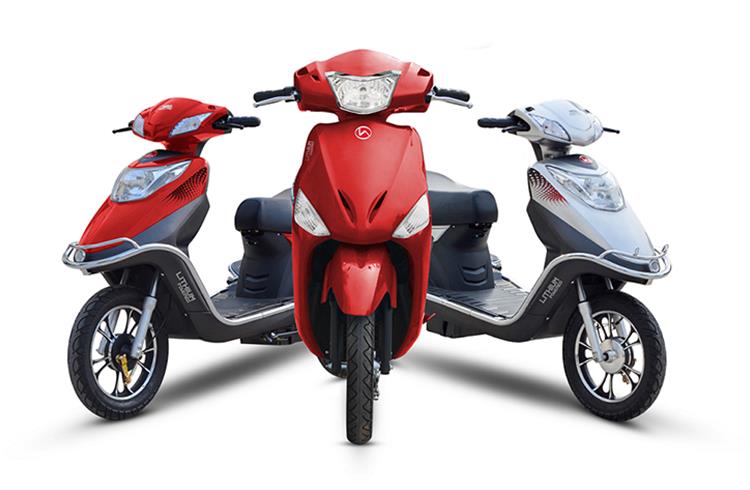 The report released by the Society of Manufacturers of Electric Vehicles (SMEV) finds that the industry saw growth largely came from the two-wheeler segment. The numbers do not include the e-rickshaw segment, which SMEV says is still largely with the unorganised sector with a reported sale of around 90,000 units. The corresponding figures of the e-rickshaws sold in the previous year have not been documented by the industry body.

For the electric passenger vehicle segment, the industry reported sales of 3,400 units compared to 3,600 units in the previous fiscal. The decrease in numbers is attributed mainly due to lack of bulk purchase of e-cars in FY2020 and discontinuation of one of the leading car models.

The acceptability of electric cars in the premium segment in the second half of the year was a positive signal of a quantum jump of a much higher volume. SMEV says the e-taxi segment is also beginning to get some traction, though the range of e-cars and lack of charging spots in enough density is a deterrent in the growth. The data points towards concern for the e-buses segment which went into "a Yo-Yo of big commitments by the state governments not translating into purchases.”

Commenting on the FY2020 sales data, Sohinder Gill, director general, SMEV said, “The EV industry is taking shape and we believe that despite the Covid-19, FY2021 will be a defining year for all the EV segments. While the EV industry is surely going to face the brunt of Covid-19 like any other automotive business, the clearer skies and the cleaner air in even the worst polluting cities is certainly leaving a permanent impression in the minds of the customers about how they can breathe easy and remain healthy if the society moves towards e-mobility."

"The latest Harvard research of how PM2.5 pollution can multiply the risk of Covid deaths is a stark reality of how the pollutants of the IC-vehicles can harm us and is certainly going to make the policymakers think on how to accelerate the EV growth. I feel, given the right impetus by the government and the industry, the EV industry can spring back faster than the ailing IC-vehicles segment. A pertinent factor that may work in favour of E2Ws post-Covid would be the choice of switching over from crowded mass transport to the sensibly priced electric two-wheelers with almost the same cost of commuting, as of public transport”.

“Few experiments like electric two-wheelers being sold without the batteries and customers paying for the batteries as a fuel, e-commerce companies realising the economic benefits of EVs and converting their fleets, e-carts becoming a convenient and cost-effective means of short distance logistics, e-taxis fleets beginning to make money due to lower operating costs may bring around the inflection point in the EV industry in FY2021,” added Gill.