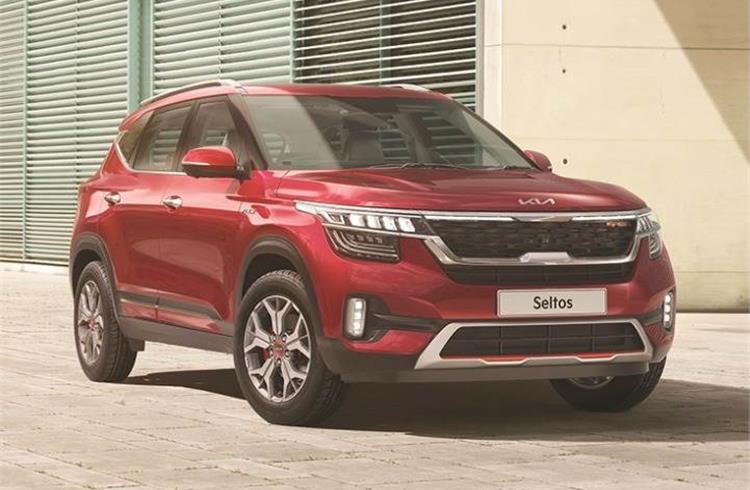 The Kia Seltos midsize SUV has become the first in its segment to get six airbags as standard, with the carmaker also increasing prices by up to Rs 30,000 across trim levels.

The SUV now comes priced between Rs 10.49 and Rs 18.75 lakh, ex-showroom, with the additional safety kit making it ready to comply to the upcoming six airbag mandate for cars from October 2022.

The Seltos used to come equipped with six airbags only in its top HTX+, GTX (O), GTX+ and X-Line trims, but the update makes it a standard fit even on the entry- and mid-spec trims – HTE, HTK, HTK+ and HTX.

Notably, in April this year, Kia India had introduced standard front and side airbags in the Seltos, taking the total airbag count to four, which has now been increased to six as curtain airbags have also been incorporated in the standard safety kit which also includes all-four-disc brakes, ESC, vehicle stability management, hill-assist control and TPMS as standard.

Launched in August 2019, the Seltos has been the top performer for Kia India, still contributing to around 38 percent to the company’s four-car line-up in the domestic market. The Seltos went home to 8,451 buyers in July 2022, a month when Kia India clocked 22,022 units in the local market. The Seltos, which scored 3 stars in the crash test conducted by Global NCAP in November 2020, achieved the 200,000-unit sales milestone in August 2021, 24 months after its launch.