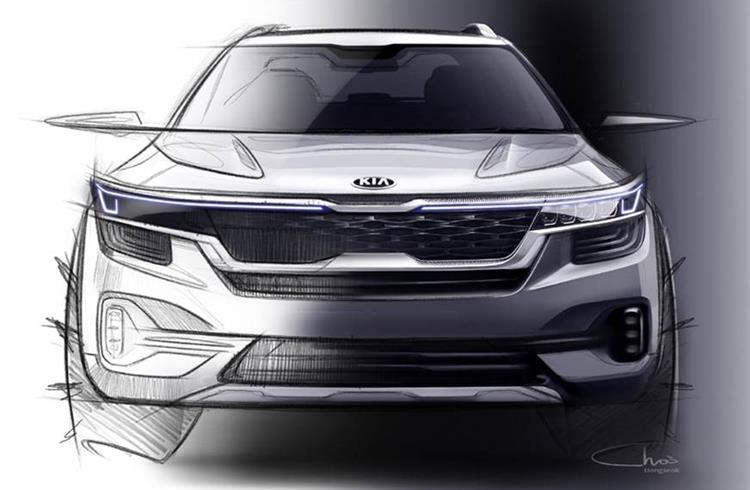 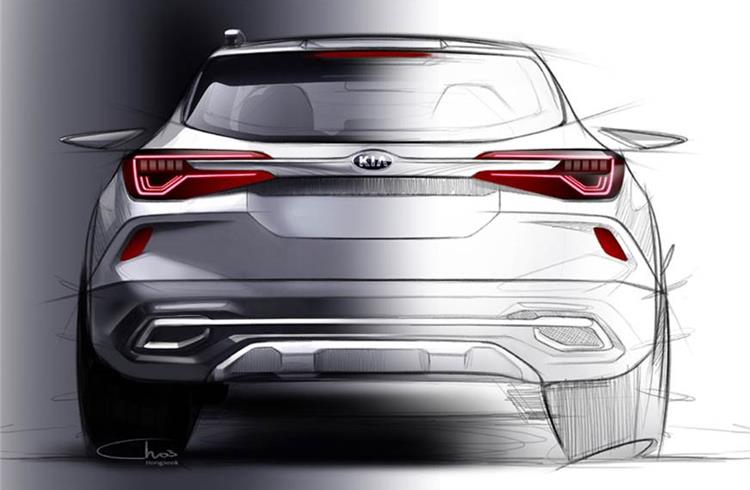 Kia Motors has released the first set of sketches of its first product for India, an SUV based on the SP concept shown at the Auto Expo 2018. The carmaker has also confirmed that the new Kia SUV will see a world premiere 'this summer', however, sources tell us that it is likely to take place on June 20, 2019, in India. The market launch along with price announcement for the new SUV will take place sometime later this year.

The Kia SP concept SUV has been seen testing multiple times across India. It is likely that the model could sport the 'Kia Trailster' moniker. While the model shown at the Auto Expo last year was still in concept form, Kia showcased a close-to-production version of this SUV recently in Korea, called the Kia SP Signature concept.

The SP Signature concept's lines match quite a bit to the sketches revealed by Kia Motors India.

Byung Chul Juh, Head of Kia Styling at Kia Motors Corporation, commented: “We have created a car which stands out everywhere, from the city to the countryside. Its robust yet sporty design will be matched by a wide range of features and technologies that are universally suited to younger buyers in markets around the world. Our new small SUV is a proposition that no other car in its class will match.”

As far as the design goes, the Kia SP SUV gets the brand's bold 'Tiger Nose' grille, a stylish nose and sharp-looking headlight and bumper design. The carmaker has also confirmed that the model will come with LED headlamps and tail-lamps, at least on the top-spec trims. The sketches partially reveal the SUV's front and rear design with the headlamps getting four separate LED diodes with LED daytime running lamps. The turn indicators are expected to be placed below the headlamps that will also feature LED units.

At the rear, the SUV gets a chunky bumper with prominent faux skid plate and dual exhaust outlets. It gets a wraparound horizontally placed tail-light with LED patterns that merge into the chrome license plate garnish.

On the inside, the Kia SP concept SUV's production-spec version is expected to come with a large touchscreen infotainment system, a 360-degree camera, wireless charging and in-car WiFi. A head-up display, an ambient lighting package and a fully digital instrument cluster is also expected to be part of the package.

On the engine front, the production-spec Kia SP SUV will come with 1.5-litre petrol and a diesel engine option. Both engines will be available with a choice of manual and automatic gearboxes. There is a sportier variant in the pipeline too, which will come with a 1.4-litre turbo petrol engine mated to a dual-clutch gearbox and paddleshifters.

The Kia SP SUV will take on the likes of the upcoming MG Hector, Tata Harrier, Nissan Kicks, Hyundai Creta and the Renault Captur when it launches in India in the coming months.
Source