Plans to differentiate Sonet from competition to grab a chunk of compact SUV market; midsize MPV in 2021 to rival the Ertiga and Marazzo. Kia expects total sales in India to account for 10% of its global sales. 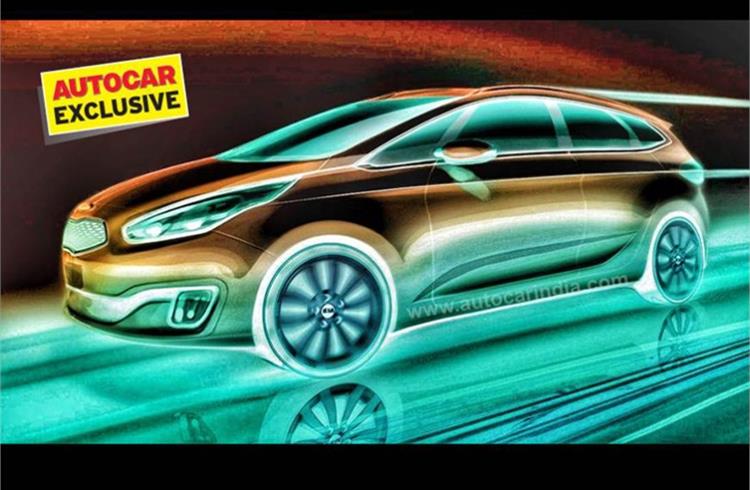 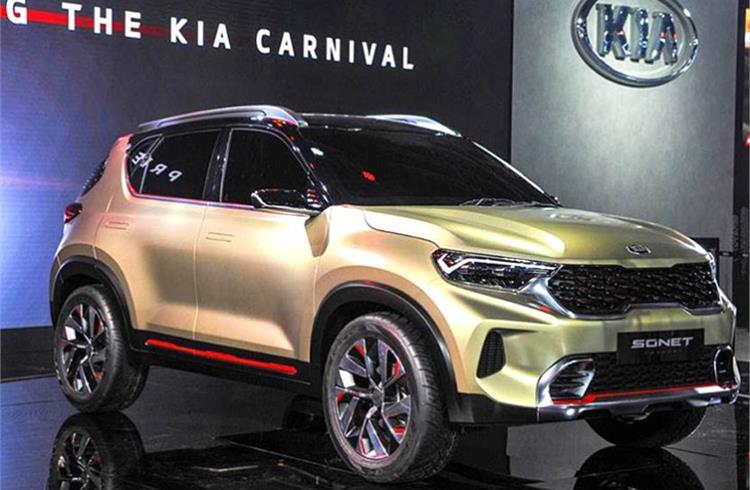 Kia Sonet will be pitted directly against the Hyundai Venue, with which it will share the same platform and running gear. 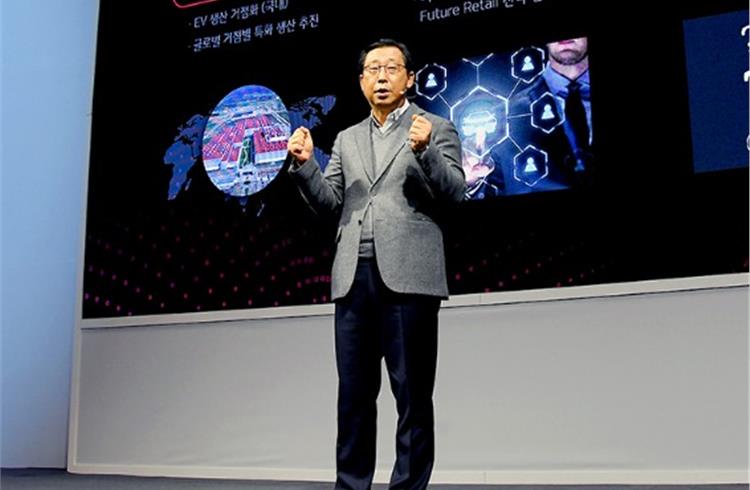 Han-Woo Park, president and CEO of Kia Motors: " Kia is a very strong SUV and MPV player. So the next one I’m considering is another MPV model for Indian customers."

Kia Motors India is on a roll with the incredibly successful launch of the Seltos SUV and the encouraging response for the upmarket Carnival MPV. And to sustain the momentum and further accelerate its growth in the Indian market, Kia plans to launch more mass-market models. The Korean newcomer has already seized a 2.53 percent share of the total passenger vehicle market and a 7.53 percent share of the UV market in six months with just the Seltos. With more models in the pipeline, it hopes to grab an even bigger slice of the market.

Sonet coming in second-half 2020, export driver from India
Kia’s next offensive will come with the launch of the Sonet compact SUV – a model that was globally unveiled as a concept at the ongoing Auto Expo 2020. The Sonet will be pitted directly against the Hyundai Venue, with which it will share the same platform and running gear.

Kia, however, hopes to be one up on its Korean sibling (and biggest rival) with the Sonet by offering a stronger and more distinctive design. If the concept car is anything to go by (Kia says it looks very close to the production version), the Venue looks timid in comparison, especially from the rear where the Sonet’s unique C-pillar treatment and distinctive tail-lights stand out. In fact, the Sonet's muscular lines and the familiar ‘Tiger Nose’ grille popularised by the Seltos, make this sub-four-metre SUV look bigger than it actually is.

It’s all about size with the infotainment system as well, with the Sonet using the same 10.25-inch screen from the Seltos, and that'll be a selling point against the Venue’s 8.0-inch unit. The Kia compact SUV also gets more transmission options than the Venue. In addition to the DCT paired to the 1.0 turbo-petrol, the 1.2 petrol will get an iMT (intelligent manual transmission) which essentially allows manual gear changes to be done without a clutch. The diesel variant also gets the option of a conventional 6-speed AT which the Venue doesn’t have. Sources reveal that the Sonet won’t be too aggressively priced and will be on par with the Venue, but Kia is still confident of steering customers away from Hyundai’s popular compact SUV.

“The SUV segment is a growing segment in India and is fiercely competitive too, but I am confident our Sonet will be the best in class. So I expect one more success like the Seltos,” said Han-Woo Park, president, and CEO of Kia Motors. When pressed to give a target, he said: “My personal projection is sales of 70,000 Sonets in the first full year, but I expect to sell even more”. The Venue currently sells an average of 9,000 units per month and has 31 percent of the compact SUV segment.

Park also confirmed that India is the only production base in the world for the Sonet compact SUV and that there's huge export potential. “When our global partners saw the Sonet, they got a shock. This is a model everyone wants to have. The Sonet will be the symbolic model for our exports from India.”

Kia eyes resurgent MPV market
Following the Kia Sonet could be an all-new, midsize MPV which the company is seriously evaluating. The MPV segment has seen a resurgence of late, led by the second-generation Marito Ertiga (also the winner of the 2019 Autocar Car of the Year award) which has bucked the downward market trend with record sales of 93,077 units in 2019, a 65 percent increase over the previous year. The Ertiga has toppled the mighty Toyota Innova from the top of the sales table though Toyota still has a solid and steady customer base for its ultra-reliable, full-size MPV. But what has given the MPV segment the biggest boost is the success of the Renault Triber. Selling an average of 4,900 units a month, the Triber serves the bottom end of the MPV segment, creating a customer base that’s ripe for an upgrade to midsize MPVs in a few years’ time. Kia has seen this potential and wants to leverage its strength in the segment.

“As you can see, we have launched the Carnival, and with this, we will develop the luxury MPV segment in the Indian market. I have already got some good response from Indian consumers. We are now thinking about another MPV. As you know, Kia is a very strong SUV and MPV player. So the next one I’m considering is another MPV model for Indian customers,” says Park.

The model is likely to be a midsize MPV based on the Seltos' platform with the same underpinnings as the SUV, but Park says it will be a completely different product. “It won’t compete with the Seltos and will be slightly bigger than the Seltos, and below the Carnival. It will have an affordable price and adequate space for seven seats,” he elaborates.

Kia is hoping to fill the vacuum left behind with the discontinuation of the diesel Ertiga, especially in the commercial segment, but the Kia midsize MPV is still on the drawing board and hasn’t been fully green-lighted yet, and the earliest it can come to the market is by end-2021. It’s likely that the all-new MPV will be exported to other countries as well. Autocar India broke the news about Kia evaluating an Ertiga rival back in June 2019.

India: the new jewel in Kia's crown
In fact, making India a global export hub for some of its key models is an intrinsic part of Kia’s strategy to generate economies of scale and drive down costs. Export volumes and strong demand anticipated from the domestic market could see the carmaker run out of production capacity. “After the Sonet, we will launch an MPV model, and after that, in 2022, we’ll reach the full 300,000 capacity,” says Park.

There have been media reports stating that the company has plans to move its plant out of Andhra Pradesh – something Kia has vehemently denied. It would be absurd and completely unfeasible for Kia to shut shop in Anantpur less than a year after operations have begun and move to another location. However, the company foresees that it will need more capacity in the next two years and could be evaluating other locations for an additional plant which will take around two years to build.

India now accounts for 6 percent of Kia’s global sales and that figure is likely to increase. “India is 6 percent now but because of a slowdown in some other countries, sales volumes of India could reach 10 percent of Kia sales globally,” says Park.

Despite what is possibly the worst trading environment the Indian car market has faced in decades, India is the new jewel in Kia’s crown.