Park succeeds Kookhyun Shim, who returns to Korea after a three-and-a-half year innings wherein he helped Kia carve a distinct identity in the Indian PV market. 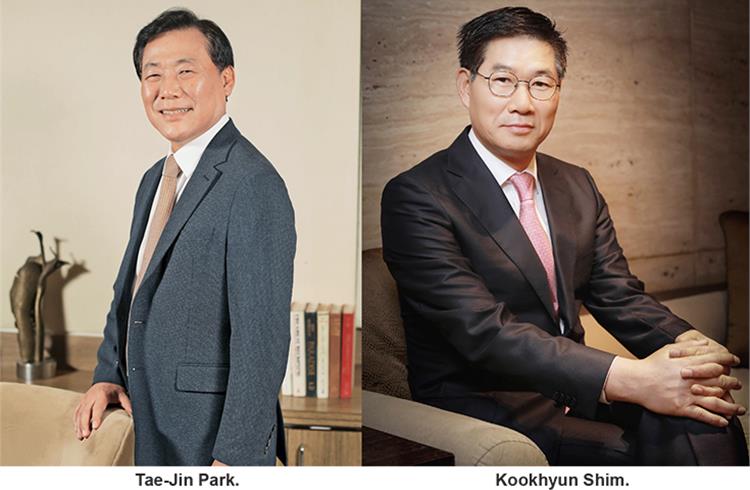 Kia India has announced that Tae-Jin Park, Executive Director and Chief Sales & Business Strategy Officer (CSBO) will assume the role of Managing Director and CEO, Kia India, from October 4. Mr Park has been associated with Kia India since January 2020.

T J Park will succeed Mr Kookhyun Shim, the current MD and CEO of Kia India, who played a crucial role in introducing the Kia brand in India. Appointed to his role in January 2018, Shim has helped Kia carve a distinct identity in the hugely competitive passenger vehicle market in India with just three products – the Seltos, Sonet and Carnival.

For an unknown brand which began selling its cars in India in August 2019, Kia India is today a name to reckon with. In just 26 months, the carmaker has taken a 6.47% share of the passenger vehicle market and its Seltos and Sonet are regulars in the top 5 best-selling SUVs each month.

Under his supervision, Kia India completed its manufacturing unit in Anantapur, Andhra Pradesh, and started mass production of vehicles in record time. Under his leadership, Kia successfully notched a number of milestones within a short span in India. Mr Kookhyun Shim will retire from his services and will move back to Korea.

In his new role, Mr Park will be responsible for Kia’s growth and market expansion in the country. He will lead the India operations and directly oversee the entire manufacturing, product strategy and development, business planning and sales.

Commenting on his appointment, Tae-Jin Park, the new MD and CEO, Kia India said, “It is my honour and absolute privilege to lead India operations and take the Kia story in the country forward, building upon the strong foundation laid by Mr Shim. India is a strategic market for Kia and has potential to foster growth for the brand globally. In our short journey in India so far, we have achieved many milestones and these achievements are a testament to our commitment of bringing a revolution in the auto industry by making a difference across the entire auto ecosystem. Our ambitious targets will not only challenge us, but will also help us establish India as an important sales, production and research & development hub for Kia.”

In his career spanning over three decades, Mr Park has gained immense knowledge of global business environment and his expertise lies in penetrating new markets. Prior to his association with Kia India, he served at the headquarters of Kia Corporation as Head of Operations for the Middle East, Africa and Asia base in Seoul, South Korea. Mr Park has also served as the Chief Sales Officer, Kia Mexico. He has been associated with Kia Corporation since 1987.