Deliveries of the CBU-imported luxury SUV to customers who booked it early on this year begin; the Porsche Cayenne rival gets a 3.0-litre six-cylinder petrol and diesel mild hybrid engine options. 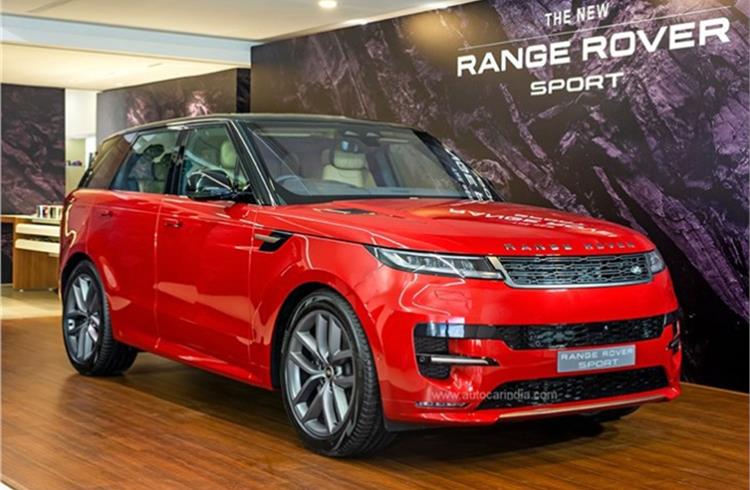 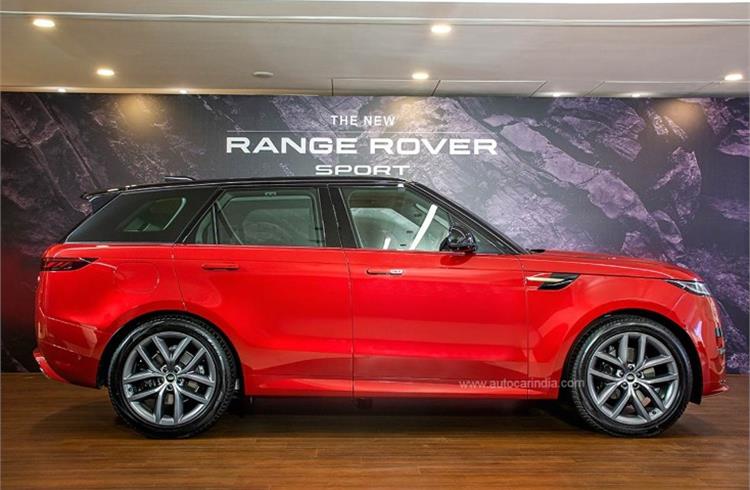 Range Rover Sport’s 2997mm wheelbase is the same as the standard Range Rover. 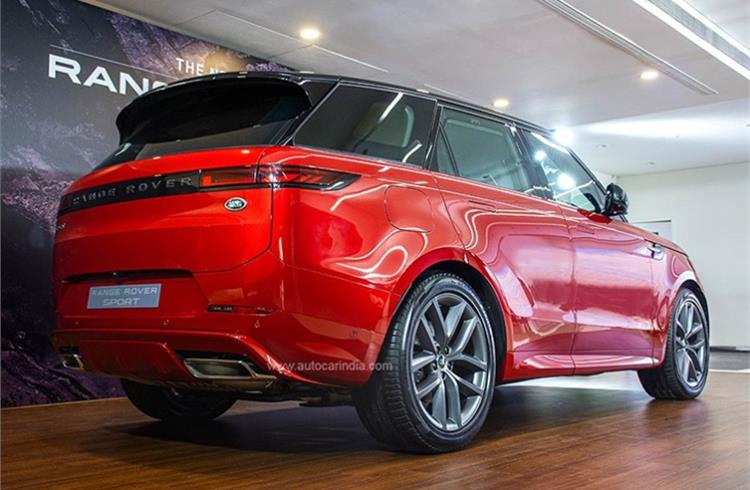 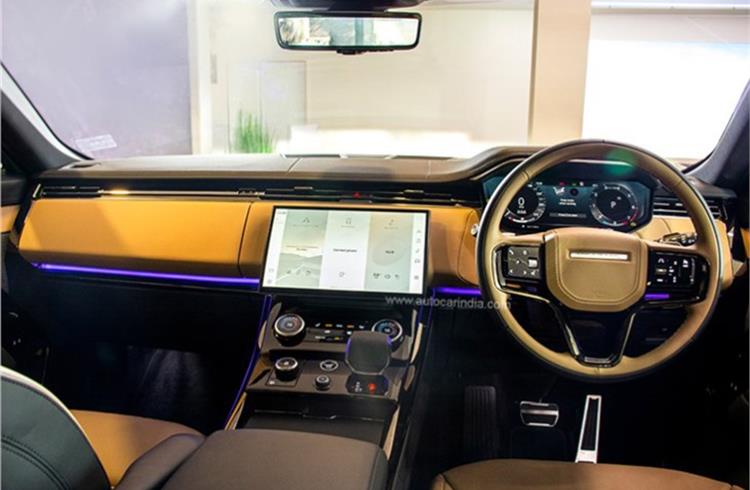 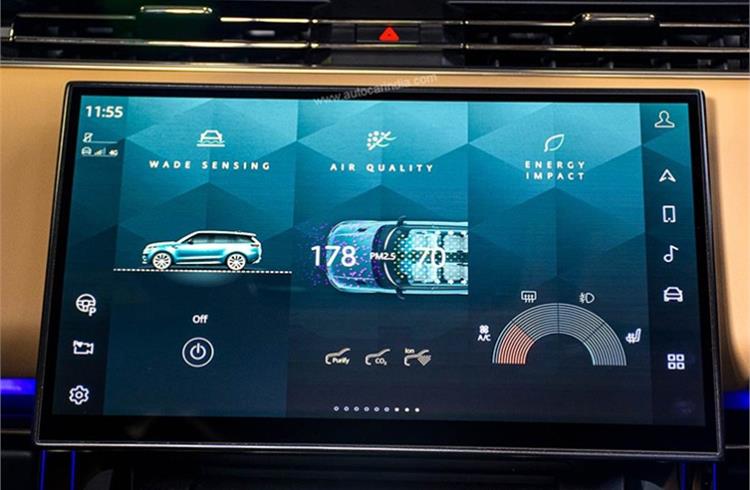 The 13.1-inch touchscreen with Pivi Pro infotainment software is crisp and packed with features. 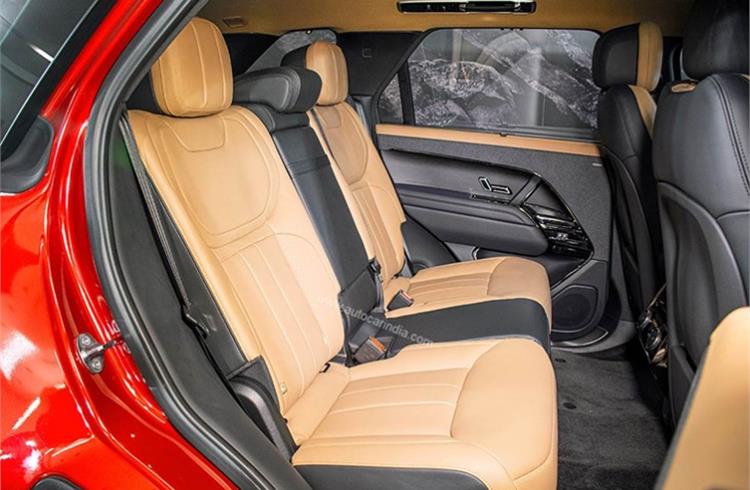 Rear seats on the new Sport aren’t as plush as the flagship Range Rover. 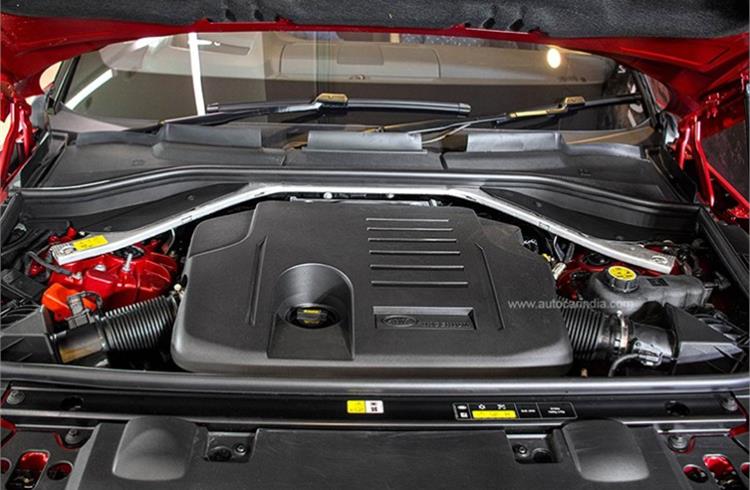 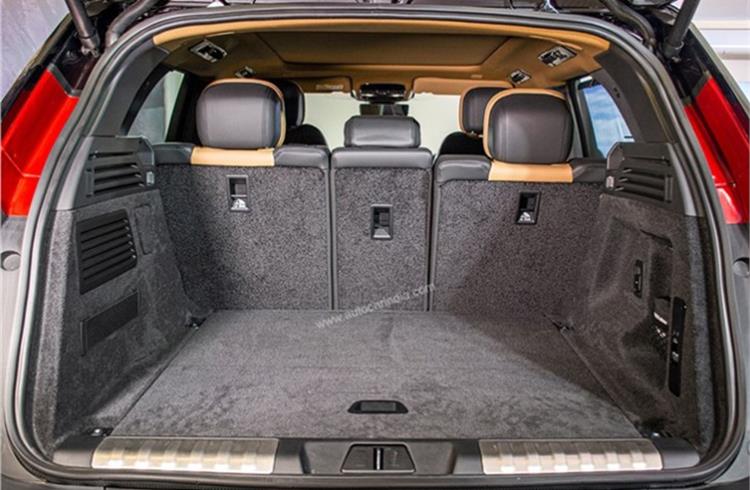 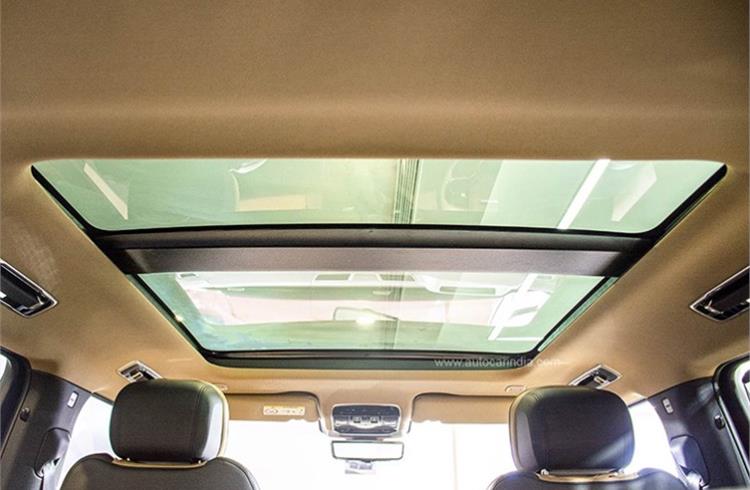 Compared to its predecessor, the new Sport features a more upmarket interior with a panoramic sunroof.

Jaguar Land Rover, which had begun accepting bookings for the third-generation Range Rover Sport about six months ago, has commenced deliveries of the CBU-imported luxury SUV to customers who had booked it early on.

Rohit Suri, President and MD, Jaguar Land Rover India, said: “The New Range Rover Sport builds on 17 years of unparalleled sporting luxury by offering newer levels of sophistication and refinement to our highly discerning clients. The third-generation model is the most desirable, advanced and dynamically capable yet.” 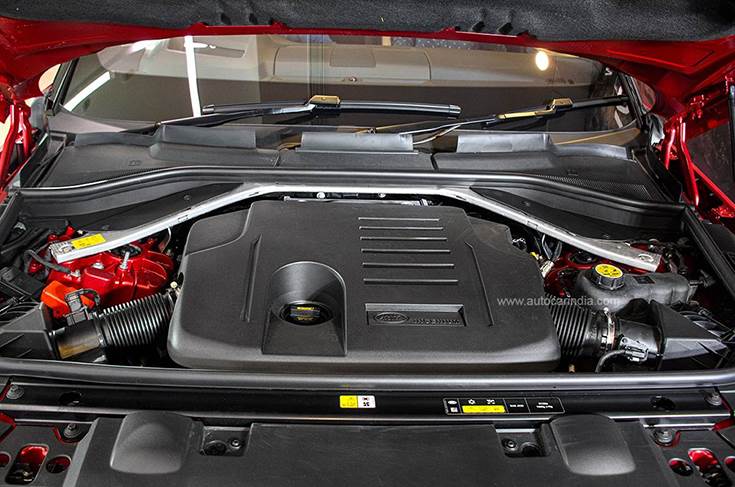 The Sport has two engine options:  a 3.0-litre, mild-hybrid straight-six petrol (400hp/550Nm) or diesel (350hp/700Nm), both mated to 8-speed torque-converter automatic gearboxes, with 4WD and air suspension as standard.

Two engines and four trim levels
There are two engines on offer – petrol and diesel 3.0-litre mild-hybrid straight-six units – and four trim levels – SE, HSE, Autobiography and First Edition. The P400 petrol develops 400hp and 550Nm, while the D350 diesel produces 350hp and 700Nm, and both are mated to 8-speed torque-converter automatic gearboxes, with 4WD and air suspension as standard. All the off-road hardware is there too, with All Terrain Progress Control off-road traction control, on and off-road drive modes, plus 900mm of water wading ability and up to 281mm of ground clearance. 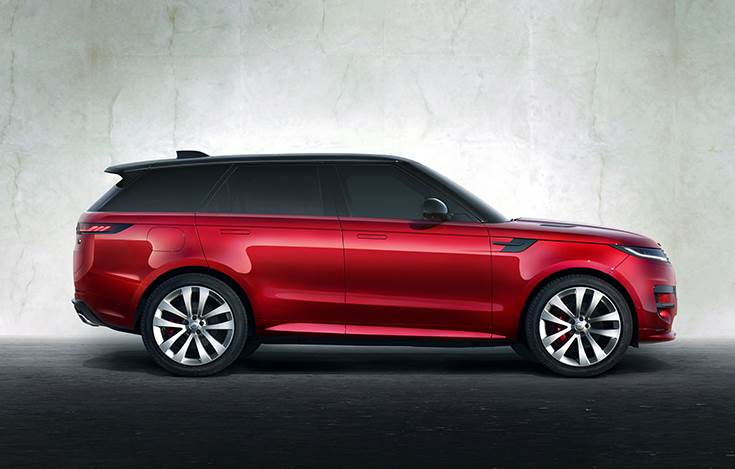 More distinctive exterior
With so much price overlap in the Land Rover large SUV model range, it’s likely one could confuse the previous Range Rover Sport for the similar-looking Range Rover, but that won’t be the case this time. Though about the same size as the standard-wheelbase Range Rover, with an identical 2,997mm wheelbase, the new Sport gets far more distinctive styling.

The headlamps and grille are far slimmer, while the front bumper features sporty air intakes. The nose isn’t as bolt-upright, and neither are the front or rear windscreens, while the roofline dips gently towards the rear.

What has been incorporated is the new minimalist profile, with door handles that sit flush with the bodywork and a window line that joins the doors without any visible sill. In India, the Dynamic styling pack is standard and adds bronze accents all around, and the wheel sizes, ranging from 21 to 23 inches, are all very sporty designs.

The rear has the biggest difference, though, with slim, horizontal, wraparound tail-lamps in place of the cool new concealed vertical lamps in the big Range Rover. And of course, you don’t get the split tailgate or ‘Event Suite’ picnic seating that’s reserved for the flagship, but you will get a full-size spare wheel.

Vastly improved interior quality
The interior too has been given greater distinction from the Range Rover, and its sportier, raked-back dashboard is more akin to the Velar now. The centre console flows out at more of an angle, the seats are set a few millimetres lower, and the steering wheel is a new three-spoke unit, all in the interest of imparting a sportier feel. It’s still a relatively tall driving position, however, and not quite as low-set as all-out performance SUVs. 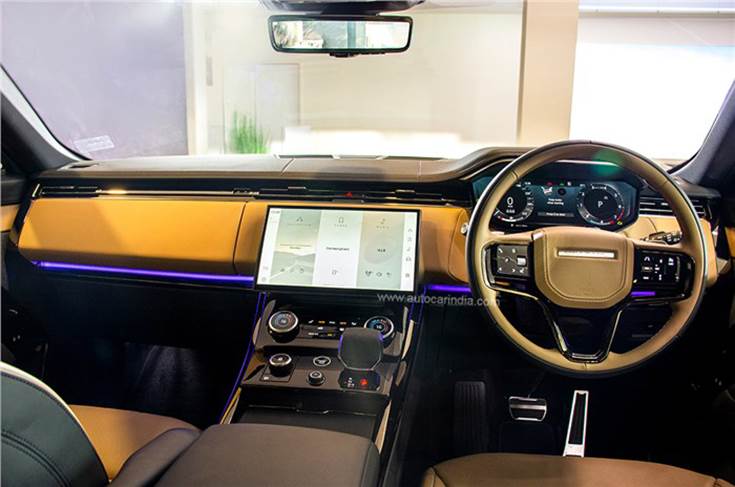 It benefits from all the tech upgrades to the cabin too, like the latest Pivi Pro infotainment software, displayed on a crisp 13.1-inch touchscreen and a sharp new digital dial screen. The intuitive context-sensitive HVAC controls return too, with a push to control fan speed and a pull to handle seat ventilation. It’s refreshing having these, and a few other physical controls at hand, but secondary operations like, for example, seat massage and lumbar support, are within the touchscreen. 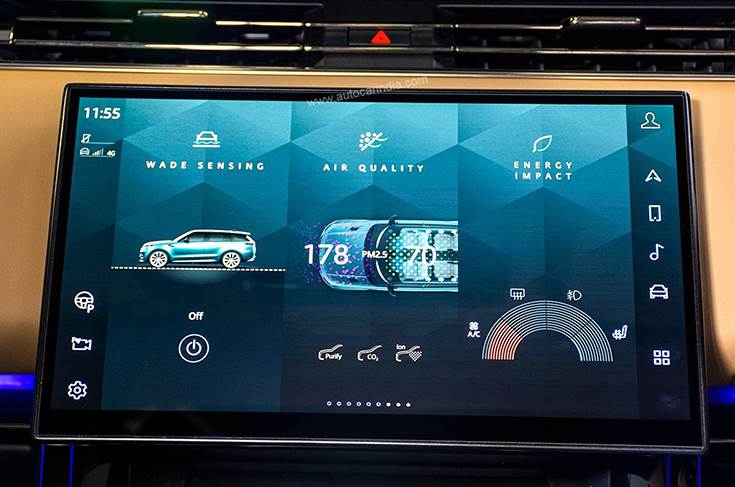 The 13.1-inch touchscreen with Pivi Pro infotainment software is crisp and packed with features.

Also impressive is that the quality jump we saw in the new Range Rover has translated to this SUV too, and it’s a huge step up from the previous Sport. Interior panels and trim pieces feel altogether better built and finished, and the materials look expensive. Of particular note are the new dark chrome and forged carbon trim pieces unique to the Sport, and you’ll notice the options available are less skewed towards classic luxury than in the Range Rover.

You can, of course, still get semi-aniline leather upholstery, but you can also switch it out for a leather-free interior that uses Kvadrat Ultrafabric, and like a good hi-fi audio system, the 19 speakers for the 800W Meridian system are concealed under a layer of high-quality fabric. The rear seat is where you’ll see the biggest difference between the Range Rover and Sport, as the seats here aren’t quite as plush.

There is 37 degrees of powered recline, but that aside, it’s a pretty standard bench seat with comfortable cushioning. There’s a bit more legroom than before, thanks to the 74mm longer wheelbase, and there are now rear window blinds, but they are optional and not even powered, which feels like a miss at this price.

2023 Range Rover Sport is less of a niche player
With a clearer identity than in previous generations, and a consolidated variant line-up that won’t overwhelm the buyer, the new Range Rover Sport feels like it has a better-defined place in Land Rover’s burgeoning luxury SUV line-up. It helps that the flagship Range Rover has moved up the luxury ranks, and with it its price, competing firmly with the likes of the Bentley Bentayga now.

This allows the Sport the grow out of its ‘Range Rover Lite’ perception and into a compelling offering in its own right, which is a very capable luxury SUV that packs in a lot of the good stuff at a relatively more sensible price. In fact, we hope Land Rover consolidates more of its model line-ups for India to reduce the huge overlap. As for whether this third-generation model does justice to the Sport part of its name, stay tuned for our review to find out.