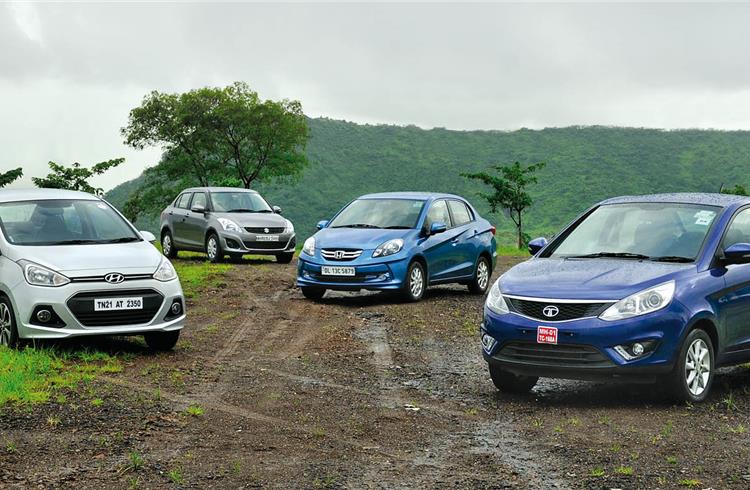 The study is based on interviews with 8,009 car owners who have owned their vehicles from 30 to 42 months and who were asked to compare two vehicle brands. The study was fielded from January through April 2014 across 30 cities in India.
The study measures automotive brand influence in India of mass market passenger car brands, based on consumer awareness and perceptions of the brand. Strong brand influence may have a positive effect on purchase intent for a particular brand, as brand influence scores correlate highly with brand consideration rates. The study also segments the market using psychographic, demographic and behavioral attributes to help automakers identify and understand who their best prospects are in the new-car market.

“Brand image and reputation have gained significant importance over the last five years for consumers in the Indian auto industry and are key purchase criterion,” said Mohit Arora, executive director at J.D. Power Asia Pacific, Singapore. “Brand Influence Scores measure the impact a brand has in the market, which is critical for automakers to track and measure.”

According to the study, consumers in India have substantial difficulty distinguishing between many of the larger European and U.S automotive brands such as Fiat, Ford and Renault. This is particularly prevalent in the Northern and Eastern regions of India where consumers perceive many global brands as having similar vehicles and business approaches.

In contrast, Japanese brands, such as Honda and Toyota, are able to more effectively differentiate themselves from other brands. Consumers in India perceive these Japanese brands to be more contemporary — offering the latest technology and engineering—and perceive them to have a more global image than their European, Korean and US counterparts.

Despite its Japanese origin, consumers view Maruti Suzuki as an Indian brand, less modern than other brands but distinctly positioned as offering affordable and fuel-efficient cars. Similar to Maruti Suzuki, Tata Motors also is seen as a brand primarily positioned on affordability and fuel efficiency.

The study also finds there is marked divergence between automakers’ brand messages and the degree to which customers actually internalize these themes. Although many advertisements focus on excitement, elegance and trendiness of a new vehicle, such messages often do not resonate with customers. Instead, customers prefer advertising that provides information on a vehicle’s new features, technology-related improvements and innovation in order to distinguish it from other vehicles in the market.

"Understanding their current positioning relative to the competition from a consumer’s perspective as well as the type of messaging themes that appeal most to a target segment helps automotive manufacturers sharpen their marketing efforts," said Arora. “Generally, consumers are able to differentiate more effectively on vehicle features they can see, touch and feel than on intangibles.” 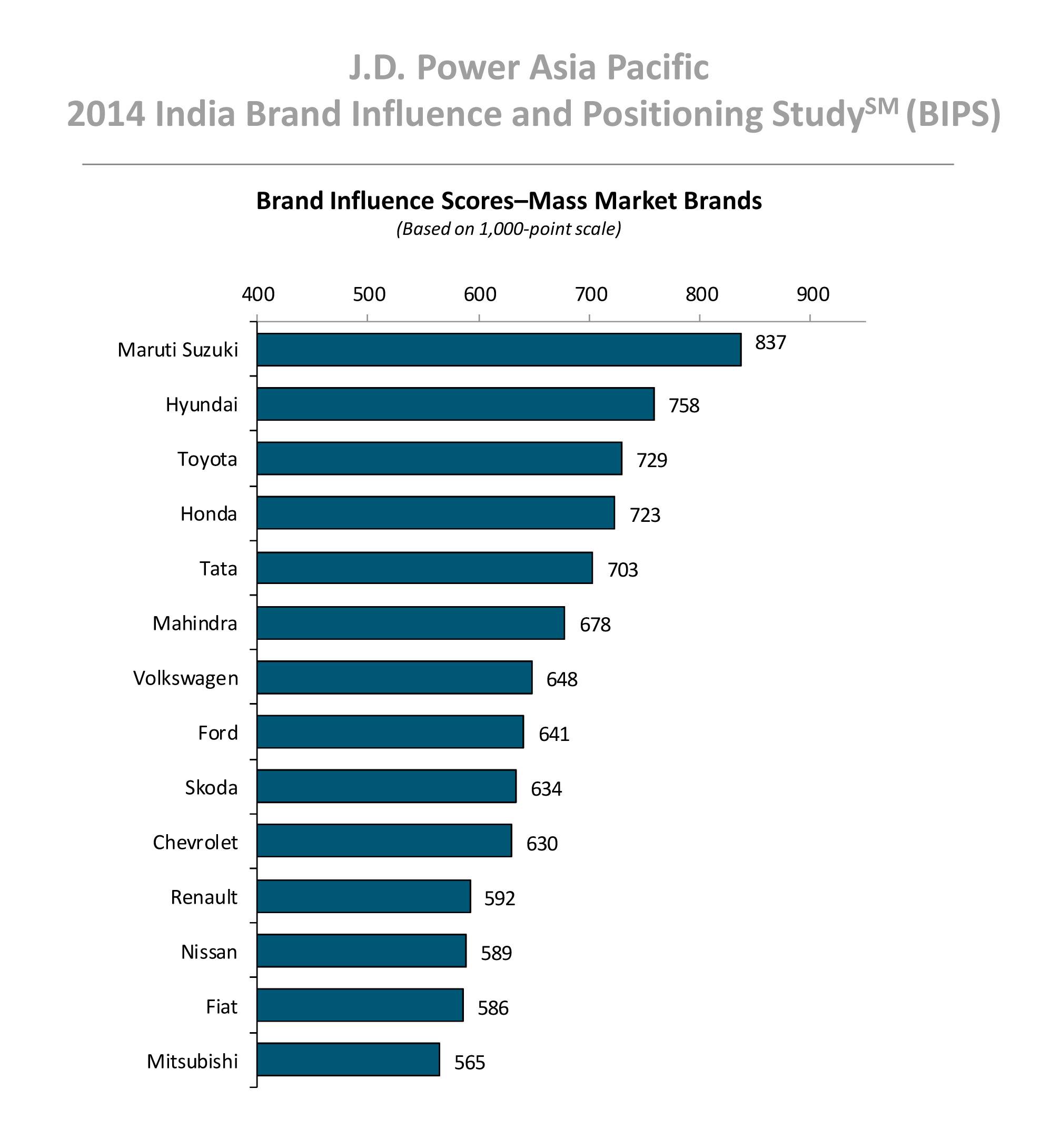 - In India, brands with the highest brand influence scores (on a 1,000-point scale) are Maruti Suzuki (837); Hyundai (758); Toyota (729); Honda (723); and Tata Motors (703).
- Mitsubishi (565) and Fiat (586) are amongst brands with the lowest influence.
- More consumers in Western and Southern regions of India indicate that they regularly post ratings and reviews for others to view online, compared with consumers in other parts of India.
- Awareness and favorability perceptions change significantly when it comes to non-metros – where there is less differentiation among many of global brands.