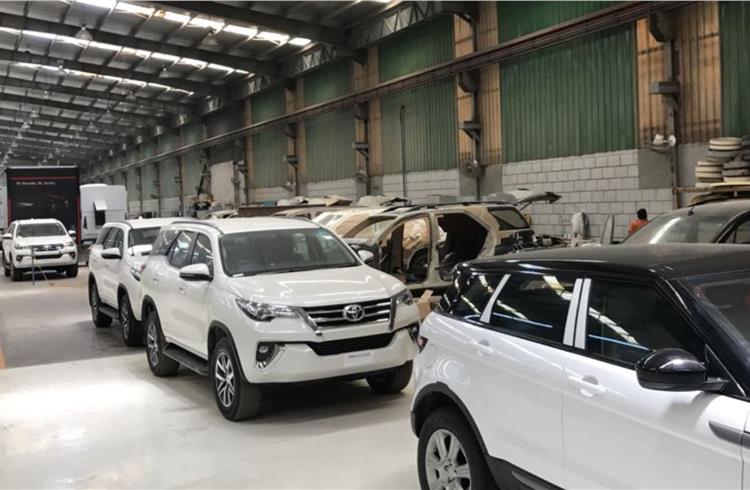 In an interaction with Autocar Professional, Rushank Doshi, CEO, JCBL Armouring Solutions said, "We now also use composites in its manufacturing". He added that the latest technology is being procured from the UK as against earlier vehicle bodies were primarily made from steel. JCBL is into  the developing and designing bulletproof military vehicles, troop carriers, security vehicles for government officials/ministers, elections campaign vehicles, and bulletproof SUVs amongst others.

It is important to note that, not just the lightweighting but categories of vehicles used by police have evolved in the past decade, the JCBL top executive pointed out. For instance, State police forces across the country now use Toyota Cruisers as against vehicles like the Scorpio and Tata Safari that were used earlier, he said. JCBL on its part claims to have already provided 15 bullet-proof Toyota Land Cruiser 200 series to Punjab police. "Punjab is the only State which has maximum numbers of Toyota Land Cruiser 200 series vehicles. These are very expensive with the chassis alone costing upward of Rs 1.7 crore," adds Doshi, and to which  bullet proofing costs have to be added.