January starts off with flat growth for Maruti Suzuki

The company’s sales/despatch numbers in January 2019 reveal that most of its models have seen low-to-moderate performance in the starting month of the new calendar year. 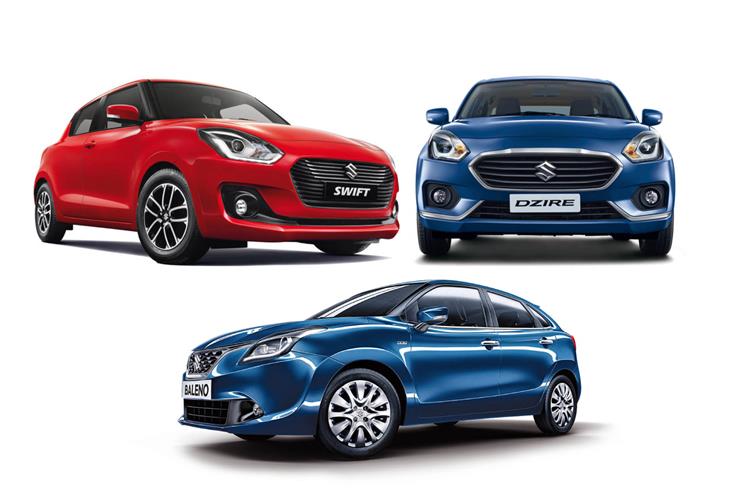 With the year 2018 being a slow-growth one for India Auto Inc due to a weak economic environment, passenger vehicle sales in January 2019 do not show any bright signs yet. The country’s leading carmaker Maruti Suzuki India, which also indicates the performance of the entire PV space, has reported flat growth for the month.

Maruti Suzuki registered total domestic sales of 142,150 units in the month, reporting a marginal growth of 1.1 percent over and above the 140,600 cumulative units it had clocked in the same month in 2018. Its entry level duo of the Alto and Wagon R went home to 33,408 buyers and remained absolute flat (January 2018: 33,316). Maruti launched the latest generation of the WagonR on January 23 and anticipates further growth from the popular hatchback which has garnered sales of over 2.2 million units for the company since its launch in 1999.

Its pack of compact cars which includes the Swift, Celerio, Ignis, Baleno and the Dzire, dwindled slightly by 3.5 percent and registered sales of 65,523 units (January 2018: 67,868).  The company also gave a mid-life refresh to the much popular Baleno hatchback, which has sold over 500,000 units for the Japanese carmaker in India, and now gets a host of features becoming standard right from its lower variants in its facelifted avatar. 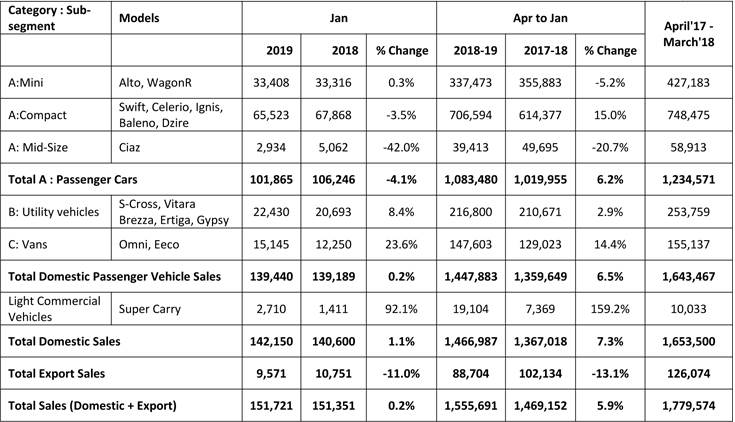