The highlight of the Fascino 125 Fi Hybrid is the Smart Motor Generator which has an added functionality of “adopting the hybrid system”, says Yamaha. 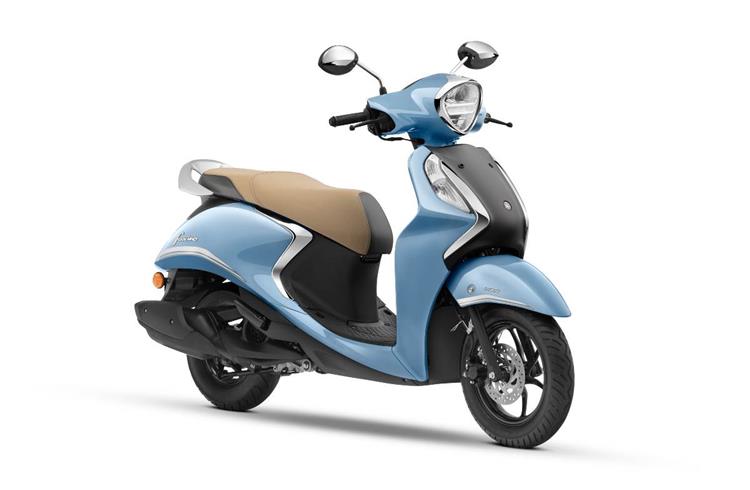 In what is an indication of an aggressive new product strategy, India Yamaha Motor launched two new products on a single day – the updated Fascino scooter which uses hybrid technology and the new FZ-X.

The highlight of the Fascino 125 Fi Hybrid is the Smart Motor Generator (SMG) that now has an added functionality of “adopting the hybrid system”, says Yamaha. It basically works as an electric motor, providing power assist when taking off from standstill or climbing up an incline. The rider gets a notification on the instrument cluster when the power assist function is in operation. The system cuts off power assist after three seconds of setting off or after a predetermined rpm is crossed. It also stops if the rider closes the throttle.

While Yamaha is calling it a hybrid scooter, it is nothing like what you see in modern-day hybrid cars. The system is more of a mild-hybrid, and it provides additional power for three seconds only. In fact, there are no power gains due to this hybrid system, either. What's also worth mentioning is that there's been no increase in the 99kg kerb weight, despite the addition of the system.

The Smart Motor Generator also provides other benefits that include the silent start system and auto stop start. The engine start-stop system aids fuel economy. The previous Fascino 125, which delivered 57.08kpl in the city and 64.2kpl on the highway in Autocar India road tests, is among the most fuel-efficient BS VI 125cc scooters in India.

What’s new in the 2021 Fascino 125?
Yamaha has addressed one of the biggest issues with the Fascino – the slim features list. Now, the latest disc brake-equipped Fascino 125 gets an LED headlight, with a bar-type LED DRL running across the centre. The V-shaped taillight cluster is the same but has an LED light instead of a halogen bulb.

It also gets a new, Bluetooth-enabled full-digital dash, with a similar layout as that on the Ray ZR’s cluster. Using the Yamaha Motorcycle Connect X App, the rider can answer calls, locate the scooter, record riding and parking history. However, unlike the TVS Ntorq 125 and Suzuki Access 125, the Fascino doesn’t get turn-by-turn navigation.

Yamaha hasn’t made changes to the chassis or bodywork, save for the addition of stickers and introduction of new colours. The disc brake variant gets new Vivid Red Special, Matt Black Special and Cool Blue Metallic colours. The drum variant, meanwhile, gets a Yellow Cocktail colour in addition to the aforementioned ones.

The updated Yamaha Fascino 125 is expected to go on sale soon. Chairman of the Yamaha Motor India Group Motofumi Shitara said the company plans to expand the new Fascino’s hybrid technology to the Ray ZR 125.